The Turkish Pirin aka Perre

The Turkish Pirin aka Perre

If you open Google and ask it about the Pirin Ruins, you will notice that it sends you about 1800 kilometers from the UNESCO Heritage site of Pirin National Park in Bulgaria. You will find that some of the sources it offers you are actually telling about an ancient city called Perre. Don’t wonder, there is no mistake. Perre or Pirin is today an archaeological and tourist site, located on the outskirts of Adiyaman, the center of the province of the same name in southern central Turkey, and in the nearby village of Örenli. 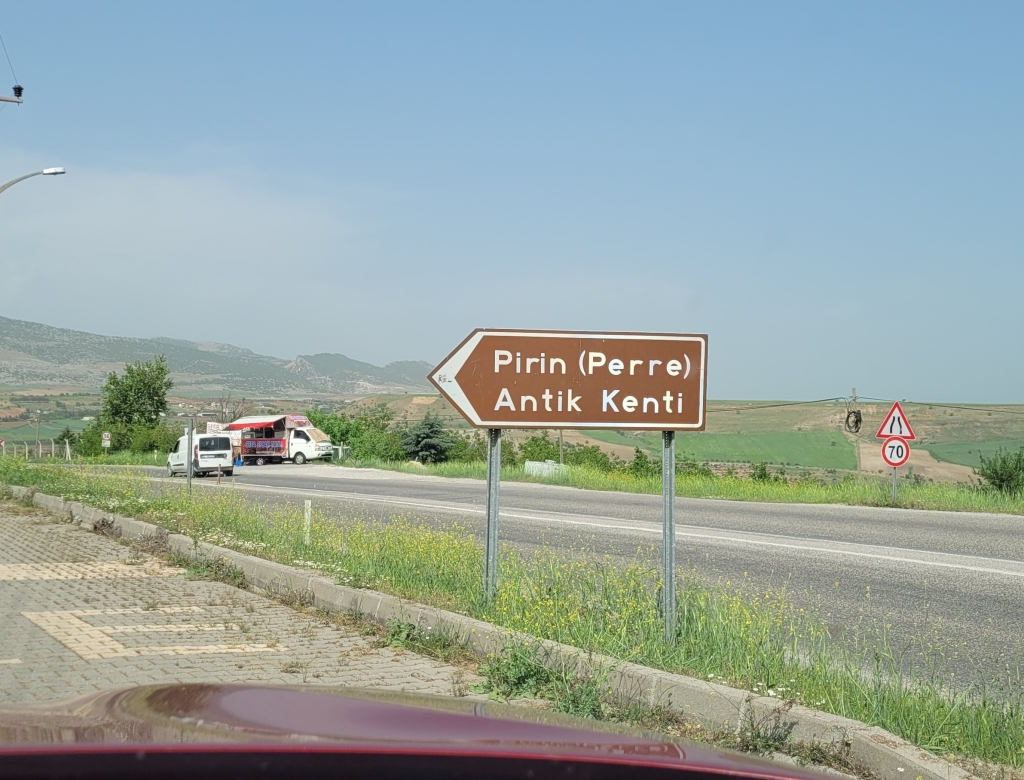 This is the sign that you see on the way out of Adiyaman in the direction of the mountains and the peak of Nemut. This is not the ancient city itself, but its necropolis. Extremely impressive, carved in the rocky hills and definitely not to be visited in hot weather. Although it must be acknowledged that by being a necropolis, that is, a collection of tombs, the place actually offers the perfect hideouts from the heat. It’s not like trying to hide from the sun behind a Roman column as in that old joke where seven skeletons are hiding behind the wire.

Unfortunately, you will find almost no information about Perre or Pirin on the spot. And it was extremely important in ancient times, one of the four major cities of the Commagene Kingdom. Surviving only 230 years around the start of the Common Era, the kingdom in question has left a serious mark on the history of the area. It served as a buffer between the Persians and the Hellenistic world; it transferred its rich culture into the Roman and later Byzantine realms, and today it pleases us with places such as Perre.

The necropolis is so big that it is believed to have served not only this city, but the whole kingdom, serving as the last resting place for all the nobility. No wonder for this to be true; it is well-known that no one ever dug the rocks for the sake of the poor. Many of the tombs are family ones, i.e. with multiple niches and sarcophagi, but contrary to Roman habits, the decoration is rather scarce. Everywhere, the hill is modeled in the form of a quarry, from which stone blocks have been taken for the construction of the city.

A part of the necropolis is defined as “ceremonial”. They explained to us that the funeral rituals began at the home of the deceased and continued in the ancient cemetery – during the funeral itself and after, for the relatives and friends of the deceased. Nothing unusual when you come to think of it. The rituals were repeated on the third and ninth day after the funeral and were associated with sacrificial ceremonies, paying tribute to the person who left this world, and – surprise, surprise! – a banquet. 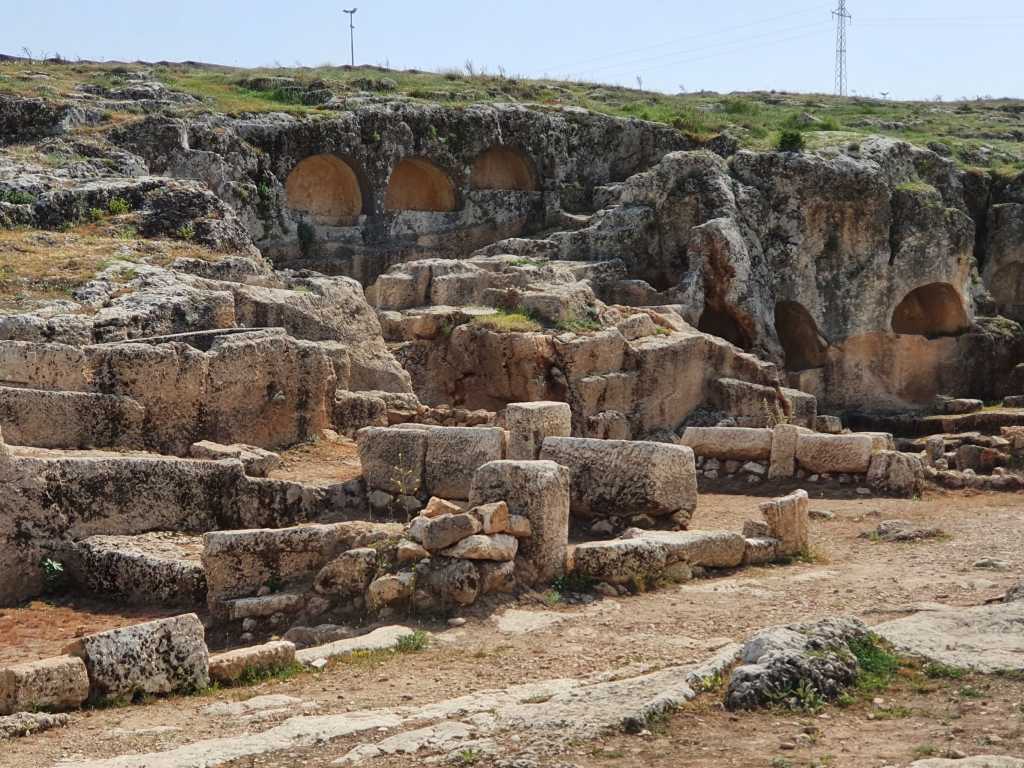 Between the necropolis and the location of the ancient Perre, the industrial zone of the city was once located. Today, you can see only a small piece of it. It shows us production installations that, according to scientists, had no analogue in Anatolia. They present rectangular pools dug into the ground, separated to sections by internal “walls” and connected to each other by channels. The assumptions include the production of grapes, making textile paints or leather tanning. 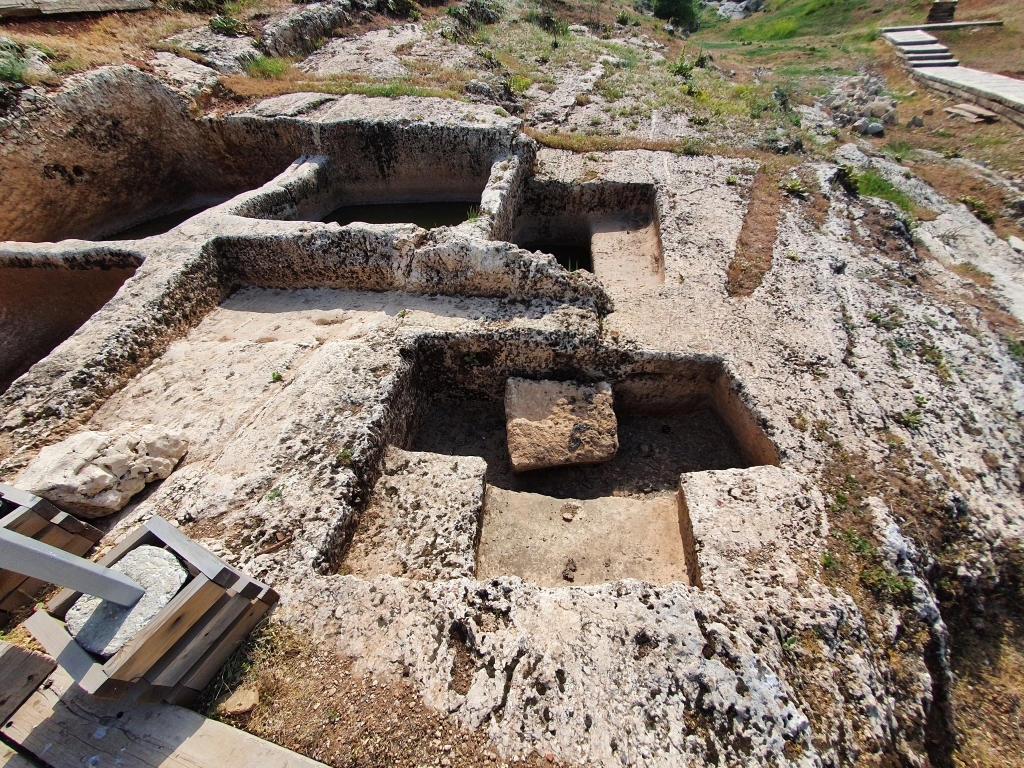 It is time to visit the city of Perre itself, which nowadays is quietly lying under the village of Örenli, whose old name was also Pirin. According to various ancient travel bloggers, the importance of the city was largely due to the freshwater spring – the last source of the precious liquid before the climb of the Taurus Mountains. The spring is still there to this day, and the perfect arc of the Roman fountain, which has not trembled for nearly 2000 years, definitely emphasizes this importance.

The village that inherited the ancient city, as you may guess, makes it difficult to excavate and reveal all the potential wonders from beneath. At the moment, archaeologists have brought to light a basilica from the 5-6th century AD with an older underground sanctuary attached to it, and a Roman villa with great mosaics. I can’t show them to you because they are not yet open for visits. I can only show you the Agora, which was partially recycled in the surrounding houses. 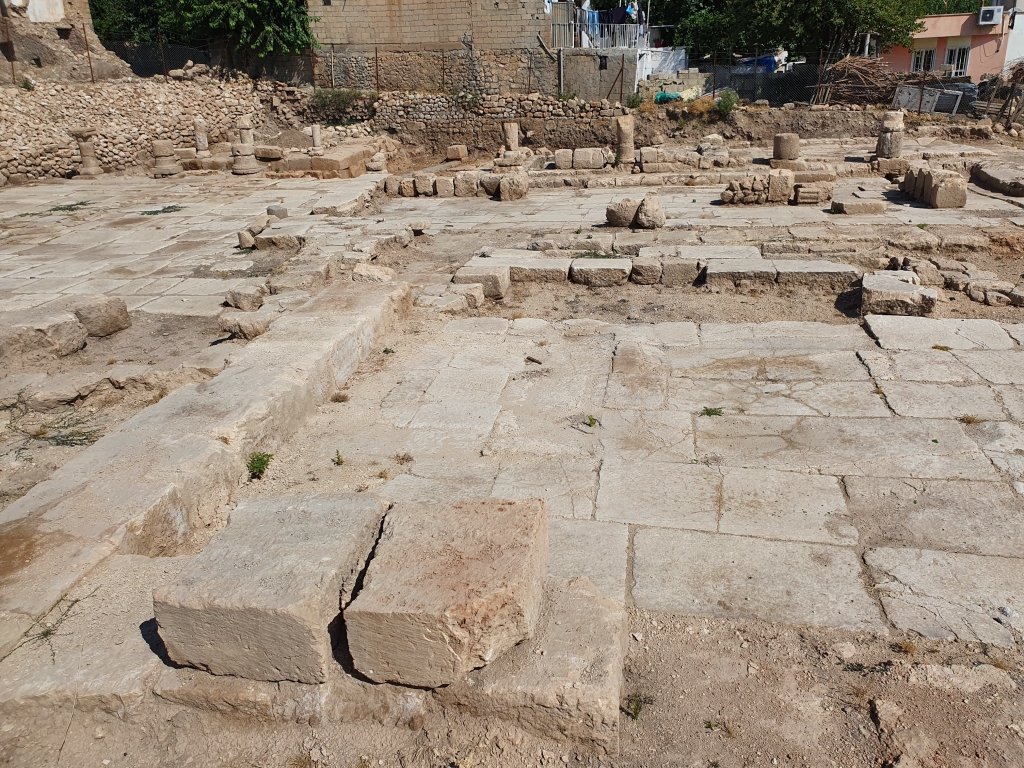 To my greatest regret, I couldn’t clarify the origin of the name. If it comes from the old name of the village, why was the village named Pirin and where did the second name of Perre come from? I came across a version that it was somehow related to the King of Commagane Antiochus IV but, in all his biographies which I found, nothing Pirin-like emerged. I will continue to dig around and if I learn something, I will tell you. See you soon in Central Southern Turkey! 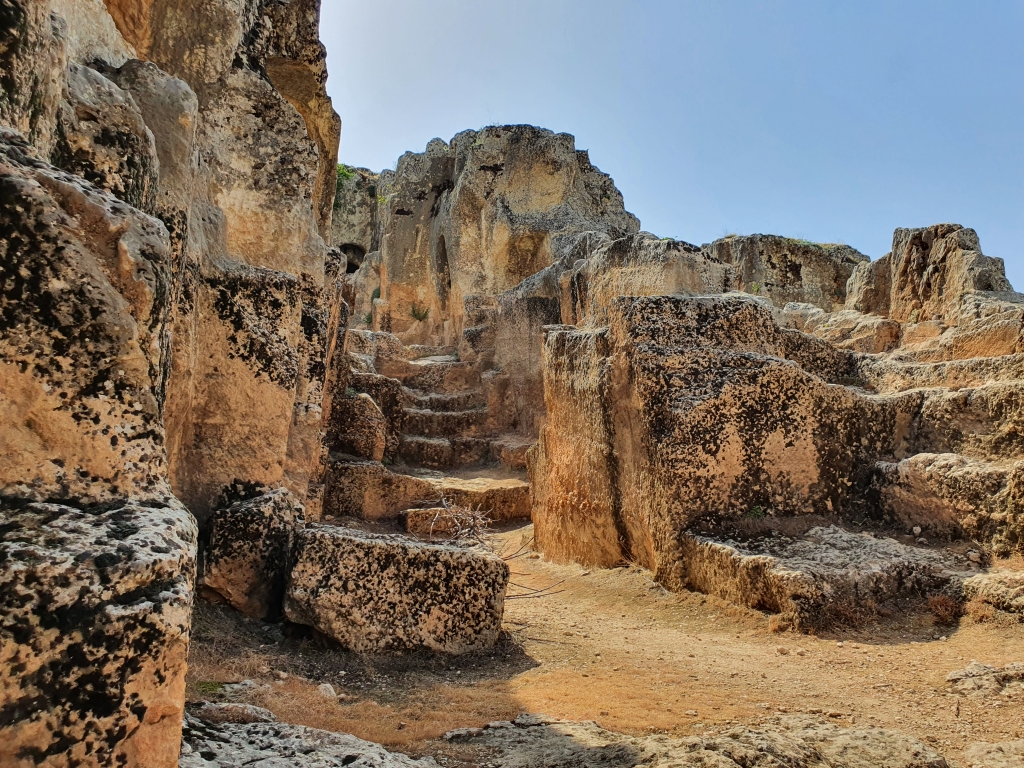