The name of Adiyaman would probably hardly sound familiar, unless you’ve decided to explore a map of central-southern Turkey, noted where the UNESCO site and home of ancient gods Mount Nemrut is, and decided on a whim to check what the biggest city nearby is . This is precisely Adiyaman, the center of the province, with a population of around 400,000 people, namely a kid compared to nearby Adana, Gaziantep and Şanlıurfa with over 2 million each, and even Diyarbakır, which is hot on their heels. 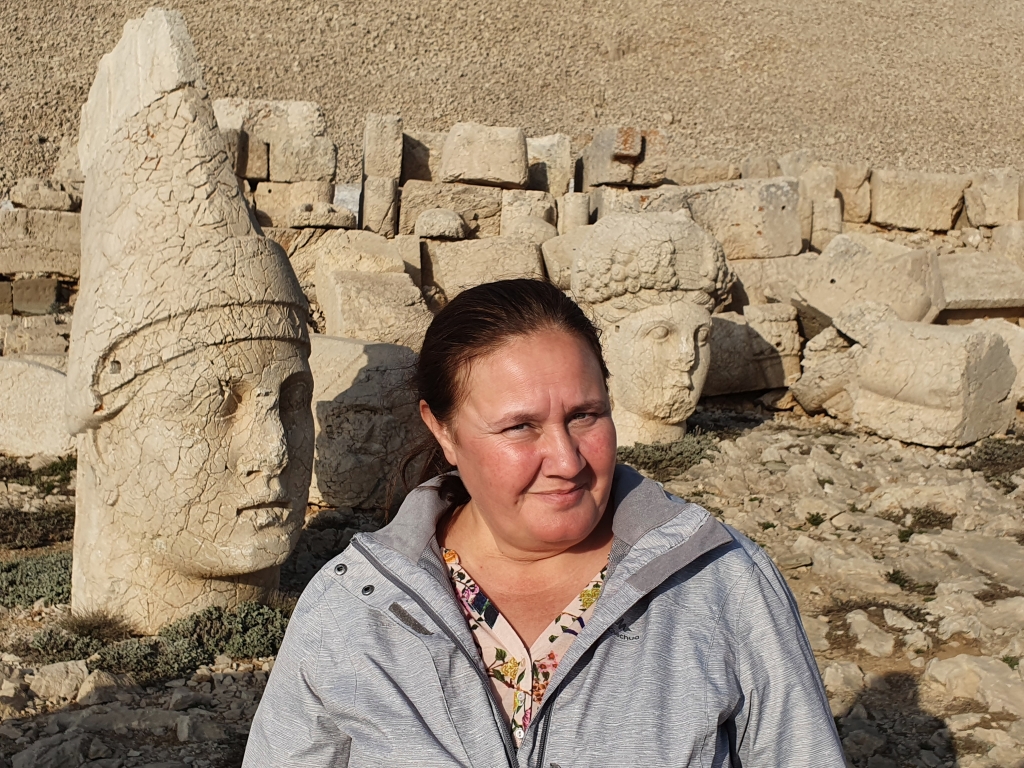 The city is famous precisely for Nemrut, about which I already told you, and to some extent for the ancient city and necropolis of Perre (with a second name, believe it or not, Pirin like the UNESCO National Park in Bulgaria), about which I will tell you later. Most visitors only pass through the city on their way to the top of the mountain, and never enter the center. Even the Wikipedia article about the city is not very big. Which has saddened the townspeople enough to organize a big tourism project and invite your humble narrator, namely me, Manya, to be an even humbler tourism expert. So now, I’m going to show you what you would see if you walked into the center of Adiyaman. 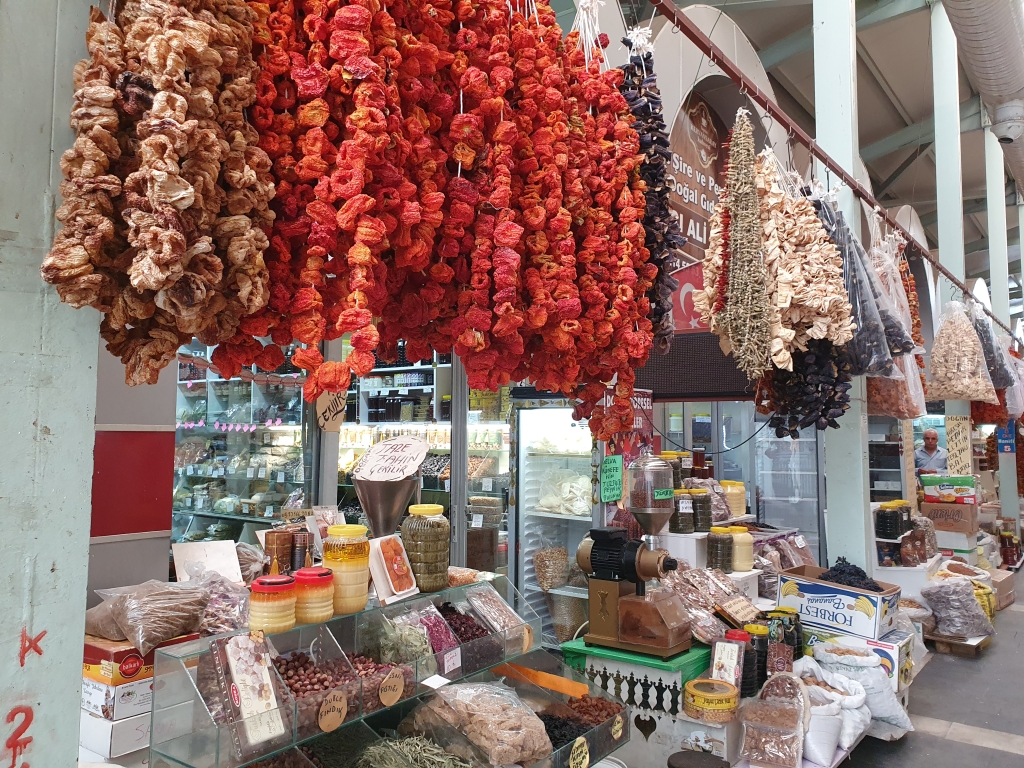 You will see, of course, the covered markets. Every major city here has at least two. Sometimes manufactured goods are separated from food, sometimes not. Almonds are important for the Adiyaman region – they claim that it is the largest producer in Turkey. But also cheese (Halloumi type), mulberries, grapes and many other gifts of the plant and animal kingdom, bearing in mind that here agriculture is the main means of livelihood. If you’re wondering what the things hanging in the photo above are, here the stuffed peppers, zucchini, and eggplants are made with dried vegetables.

And while we are talking about food, the hero of the local cuisine is the so-called Çiğ Köfte, which is made from bulgur with tomato and pepper paste and I have not tried it yet. But of course, lovers of chopped (Adana) kebab or baked liver (Ciğer Kebabı) can find joy in many places around the city. Fruits and vegetables are abundant, only fans of French fries will suffer, because potato is definitely not part of the local cuisine and you will find it only in the Mall as a companion of mass-production burgers. 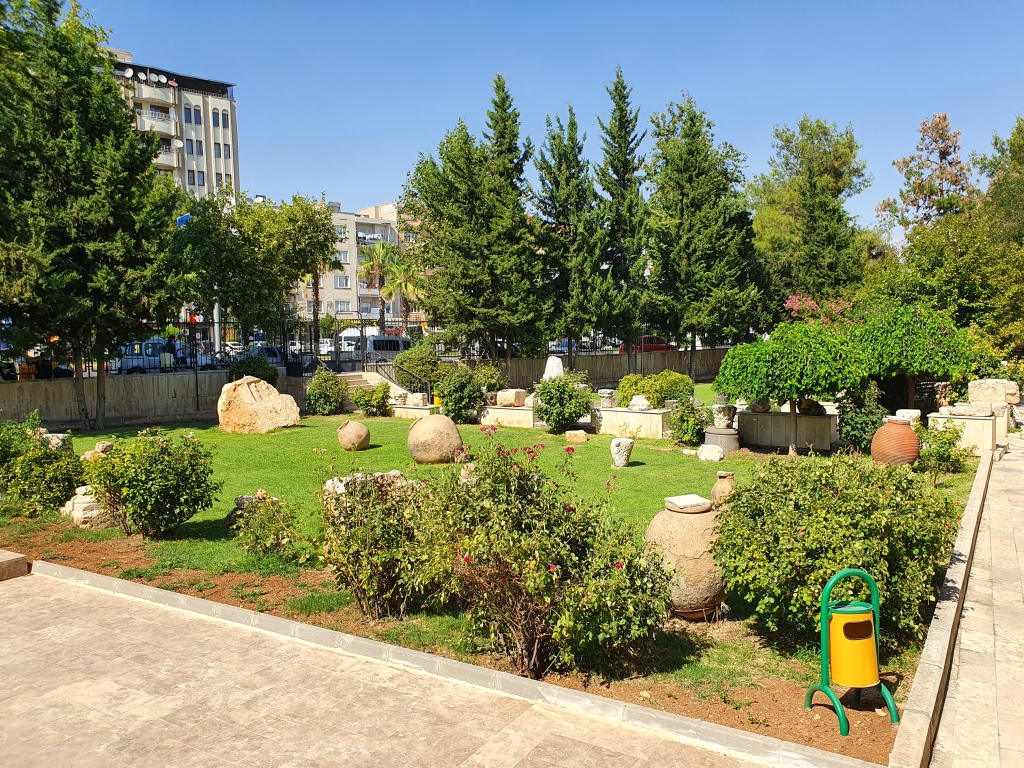 If you decide to enter the center of Adiyaman, do not do it in the middle of the summer and in the afternoon. If the garden of the small archaeological museum in the photo above seems over-illuminated to you, it is because it IS over-illuminated. The temperature I can’t show you in a post is 49 degrees Celsius! I advise you to run and hide in the museum where there is shadow and air conditioning. Plus, there are other curious things like the ones you can find in any museum. For example, some ancient counterfeits of art. When I asked where the originals were, I was given a strange look and the answer: Well, this is what we’re telling you, there never were originals! 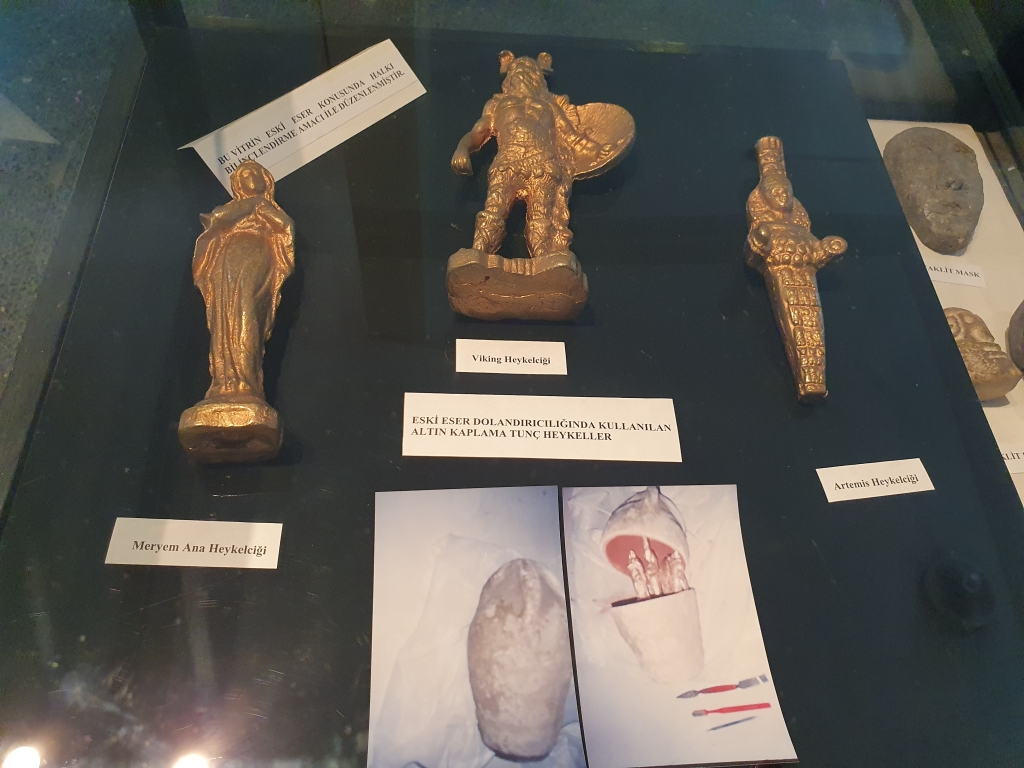 Next to the museum is the new visitor center for the area, built under the same project that invited me as an expert. We will officially open it in September, but even now I can recommend the augmented reality hall, where they will tell you the story of the ancient Commagene Kingdom in light and sound. Commagene is the brand of the region, and Nemrut is its greatest achievement. This is your chance to find out what the statues from the top of the mountain looked like before their heads fell off. 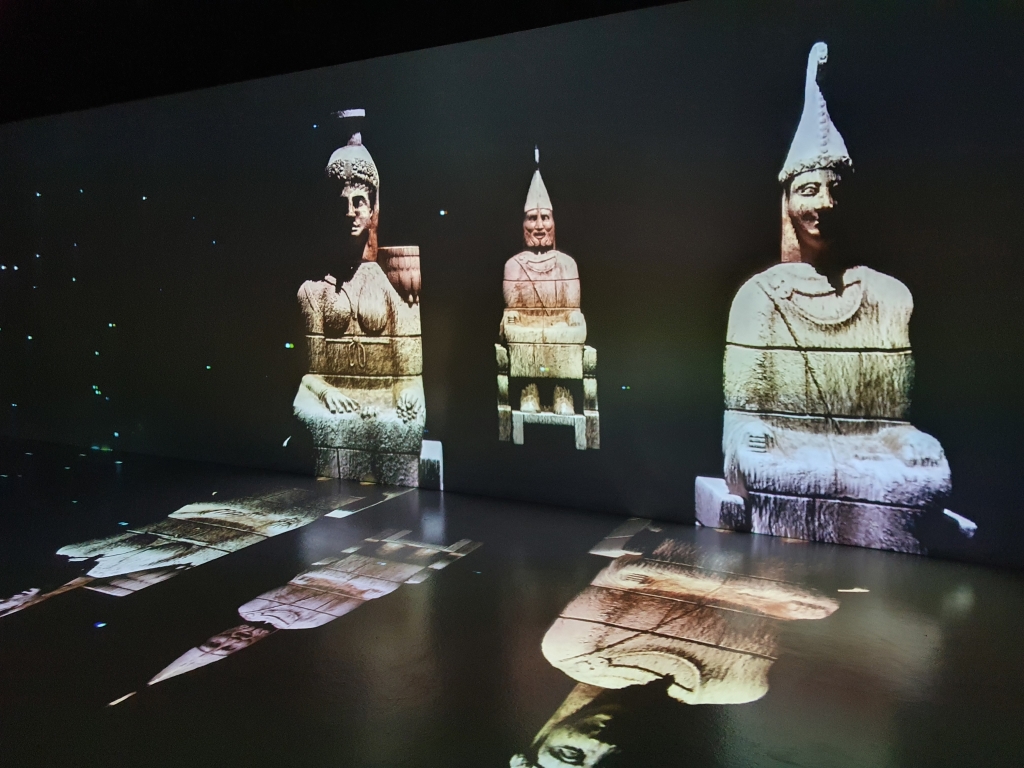 A further stroll through the center will lead you to the historic Tuz Hani (han is the name of old inns around the Ottoman Empire), which still functions as a hotel today. The rooms are tiny as they were made a long time ago, but if you are in the city briefly, you can allow yourself the pleasure and chance to feel like travelers of old. You may even attend one of the traditional Harfane evenings with special music and maybe a little dancing. 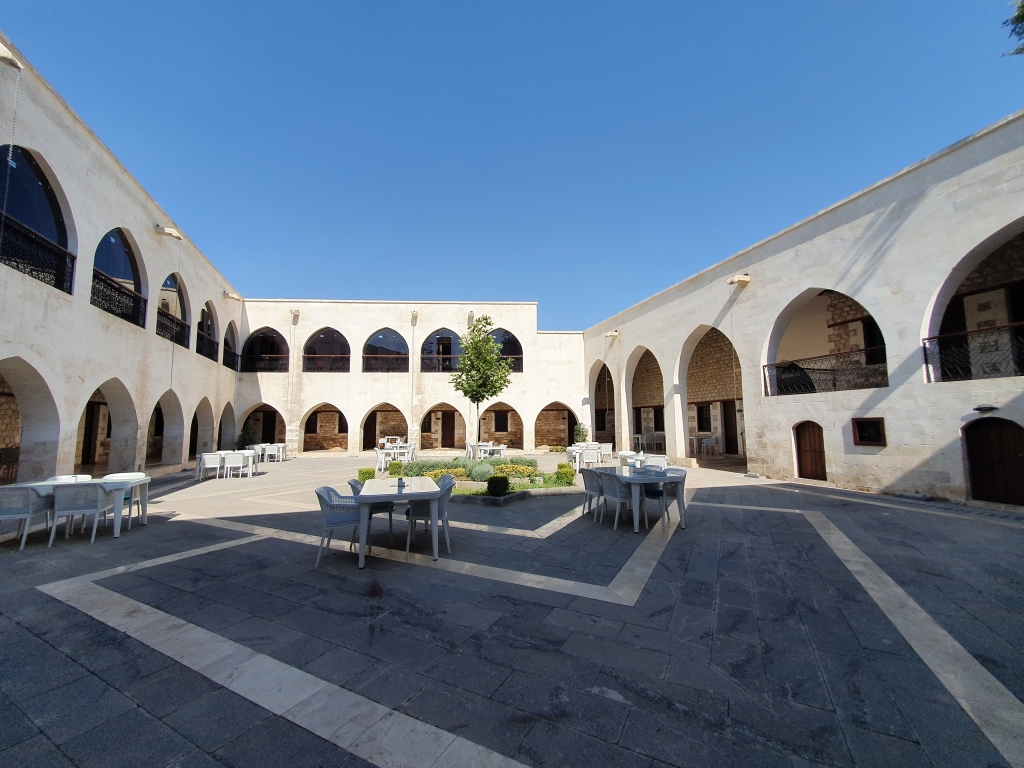 Expect a sequel from me, but in the meantime I promised to share how to get to Adiyaman. There are regular flights from Istanbul, so rather the question is how to get to Istanbul. Well, there are the airplanes and buses or private vehicles if you don’t live afar. I, on the other hand, decided to try the heir of Orient Express. Mmm, what can I tell you. The train has air conditioning, the sheets are clean and packaged, and there is soap in the toilet. At the same time, the windows do not open, the sheets in the package are damp, and the floor of the toilet is … And, you have to prepare yourselves for a 4-hour delay, which will probably make you miss your flight to Adiyaman.