Adana and the Second Mosque

Home/World/Adana and the Second Mosque
Previous Next

Adana and the Second Mosque

With this article, I begin a series of stories about a strange journey through central southern Turkey. Strange in the sense of provoking mixed feelings. We saw amazing places and met wonderful people. At the same time, we found ourselves in a lot of WTF situations. In general, we found that the areas of Turkey where there is no developed international tourism are quite different from the West Coast, Antalya, Istanbul and Cappadocia. A good springboard to get out of our zone of European comfort and prepare for Asia. Our journey begins with Adana. 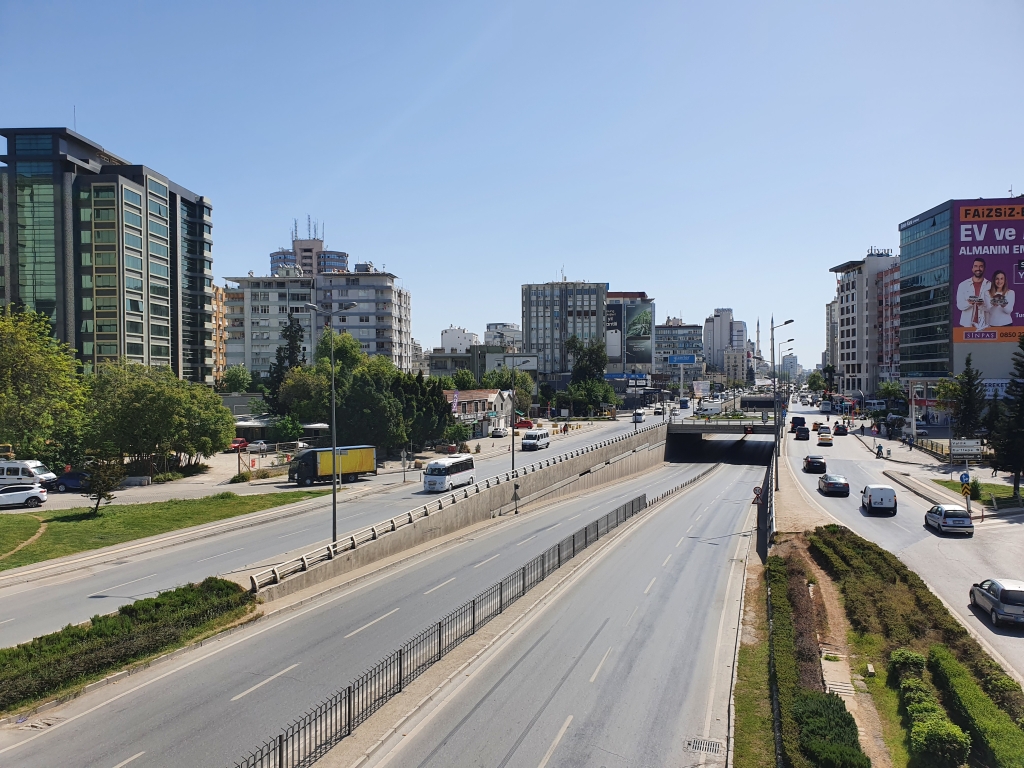 In fact, it started with an evening run from Blagoevgrad to Edirne on April 21, Holy Thursday in 2022. Instead of painting the eggs, after work we loaded up a full trunk in the family’s favorite four-wheeler and decided to clear away part of the long journey to southern Turkey. Late arrival and early getting up in Edirne, followed by the traditional wandering around the center to buy a Turkish SIM card for the phone, a Turkish vignette for the car and Turkish lira for us. And, of course, a mandatory breakfast with Turkish burek. 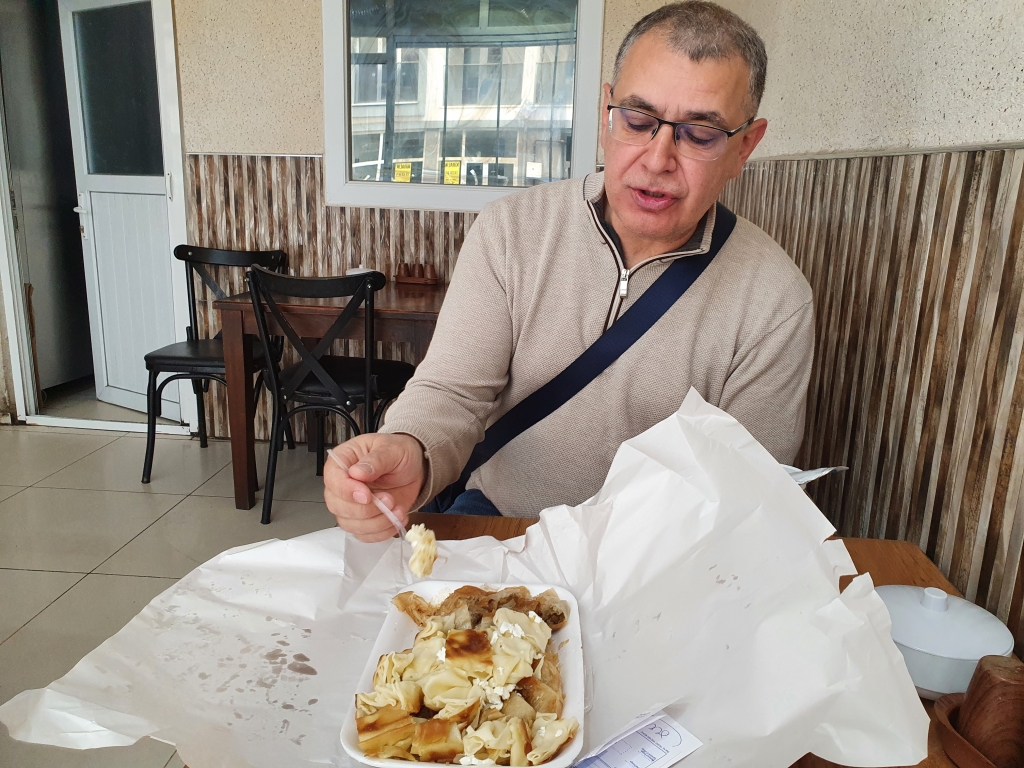 I will not bother you much with the rest of Good Friday, as we spent it on the 1200 kilometers between Edirne and Adana. We passed by mountains and valleys. Along green lush fields and sandy hills with dry grass. Along huge cities like Istanbul and the capital of Ankara, and tiny villages perched ontop hills by the highway. Even along the second largest lake in the country after Lake Van, which is actually the largest salt lake and also has a one-syllable name – Tuz. It is immediately recognizable by the white strip of salt that surrounds the shores, just like at the Dead Sea. 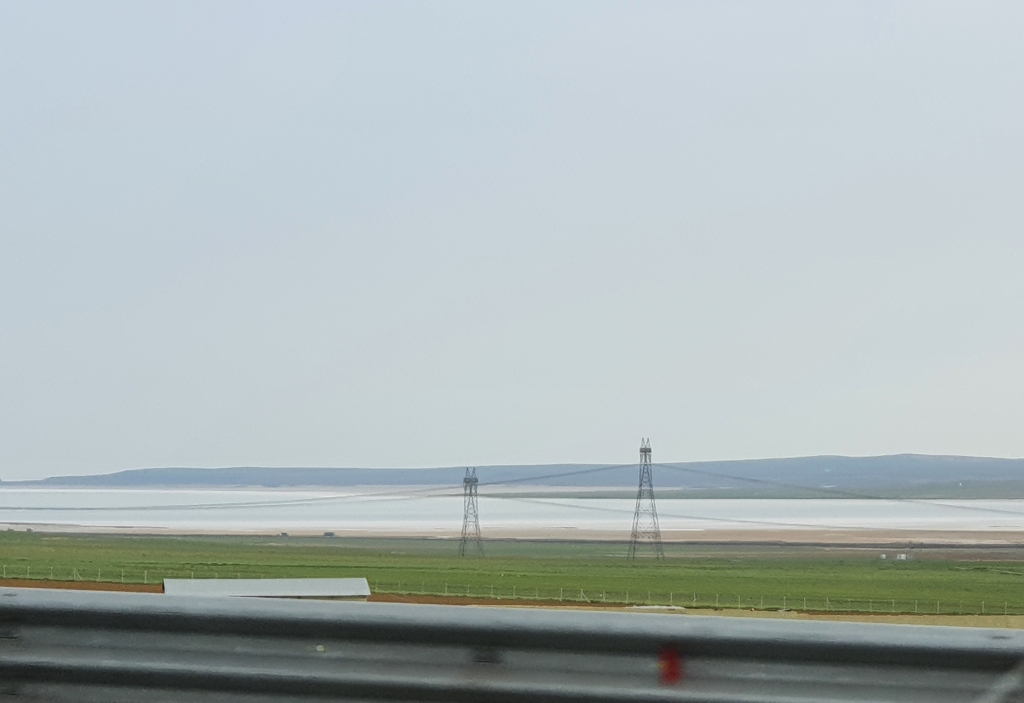 While planning the trip, I hadn’t noticed that we were heading to four of Turkey’s ten largest cities, all with a population of over 2 million. Our hotel in Adana, the sixth largest city, was located at a crossroads in the center – a colorful cacophony of buses, cars, motorcycles, noisy sellers and buyers of everything. And after seven in the evening (it was still the month of Ramadan) – dinner tables located on the sidewalks and even the roadway. From our window, we could see a marvel of step-by-step architecture: 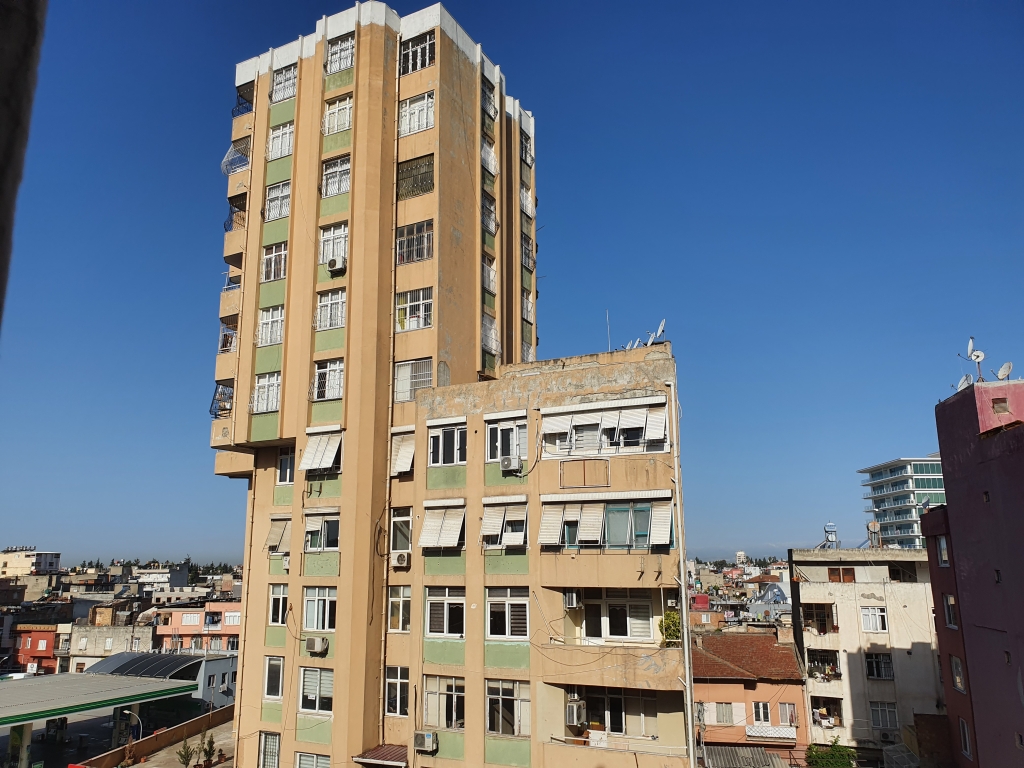 We spent most of our first day in southern Turkey at the Adana Archaeological Museum. Located in an old factory which was adapted for museum needs in a perfect way. Surrounded on one side by sleek modern apartment buildings with fountains and a huge Acibadem Hospital, and on the other – by small shabby houses, the front of which had been turned into car washes and car repair shops. The museum was huge and quite pleasant to visit. I plan to dedicate a separate article to it, so for now I’m only stocking you with a photo of the exterior. 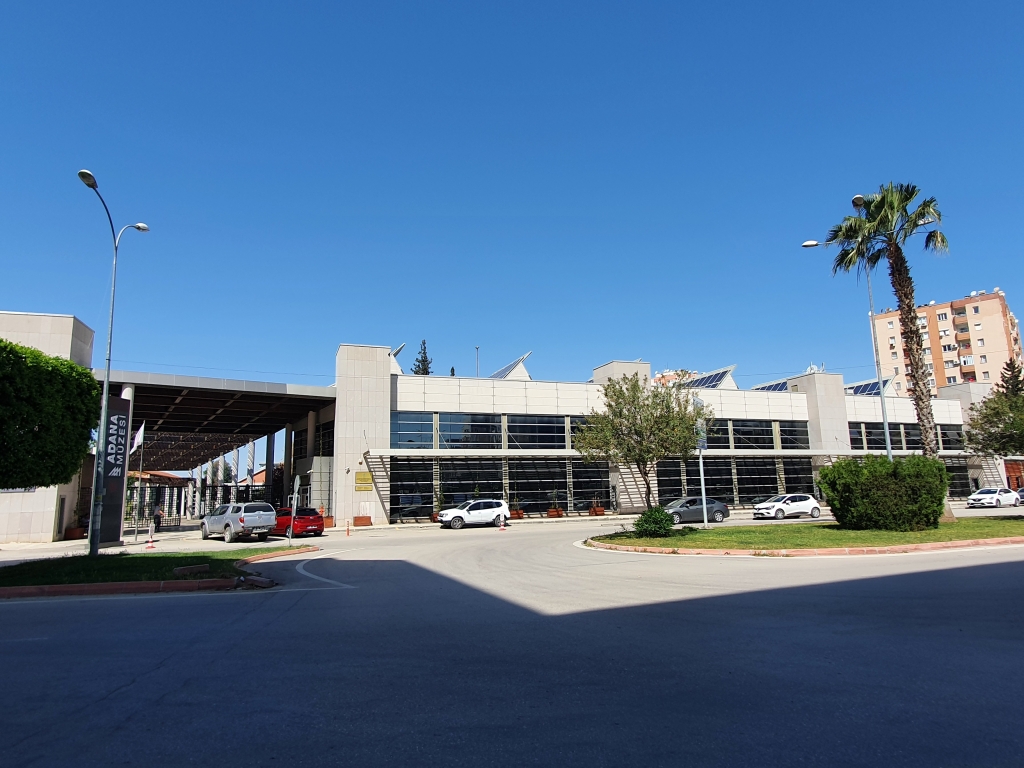 The city has an 8,000-year history and experts say it has hardly changed its name from the beginning, which is impressive in itself. Life in it has long revolved around the Seyhan River – wide, calm, dragging its waters with dignity to the Mediterranean. We dedicated our evening in Adana to it and the Central Park (Merkezi Park in Turkish). Which started with drinking tea in a completely surprising place. A small barrack and white plastic tables with chairs slammed into the uncut grass by the river under a dense tree shade. Only for us. 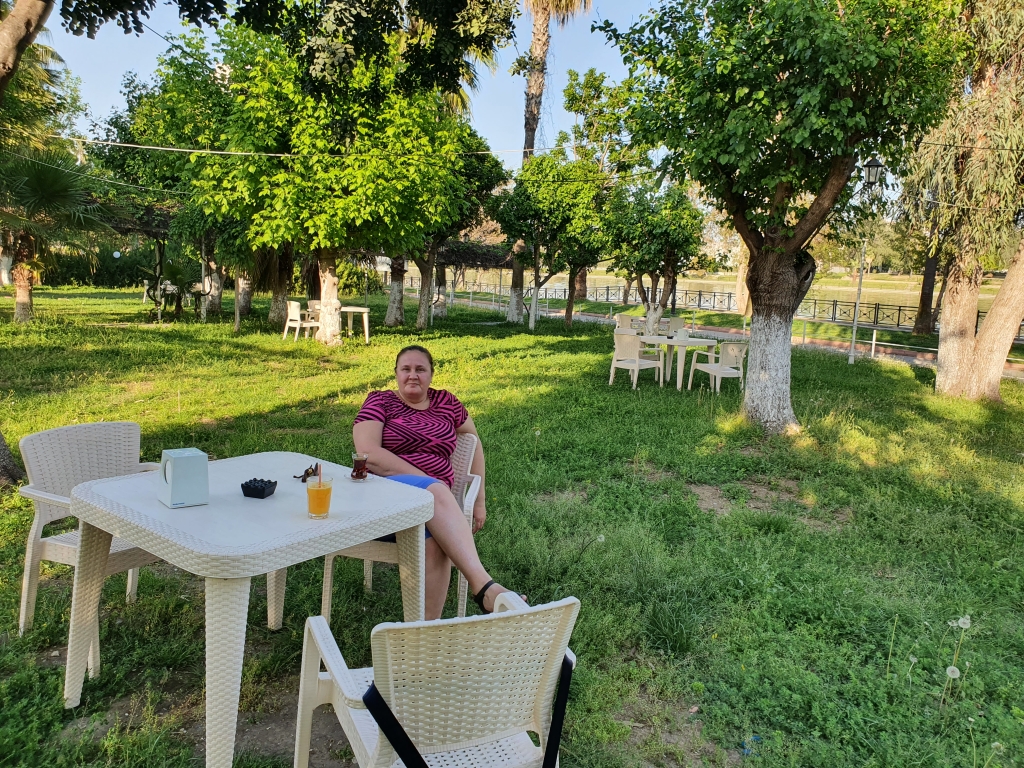 And in the immediate vicinity was the pearl of the city – the Central or Merkez Mosque. Very beautiful, with six minarets, built at the end of the last century, following the model of the Selimiye Mosque in Edirne. The largest mosque in Turkey at the time and even for the next 20 years. Until in 2019, they decided in Istanbul that there could be nothing bigger outside their city and built an even newer and bigger mosque there. Thus, the one in Adana ended up with the honorable second place. That didn’t stop us from liking her. 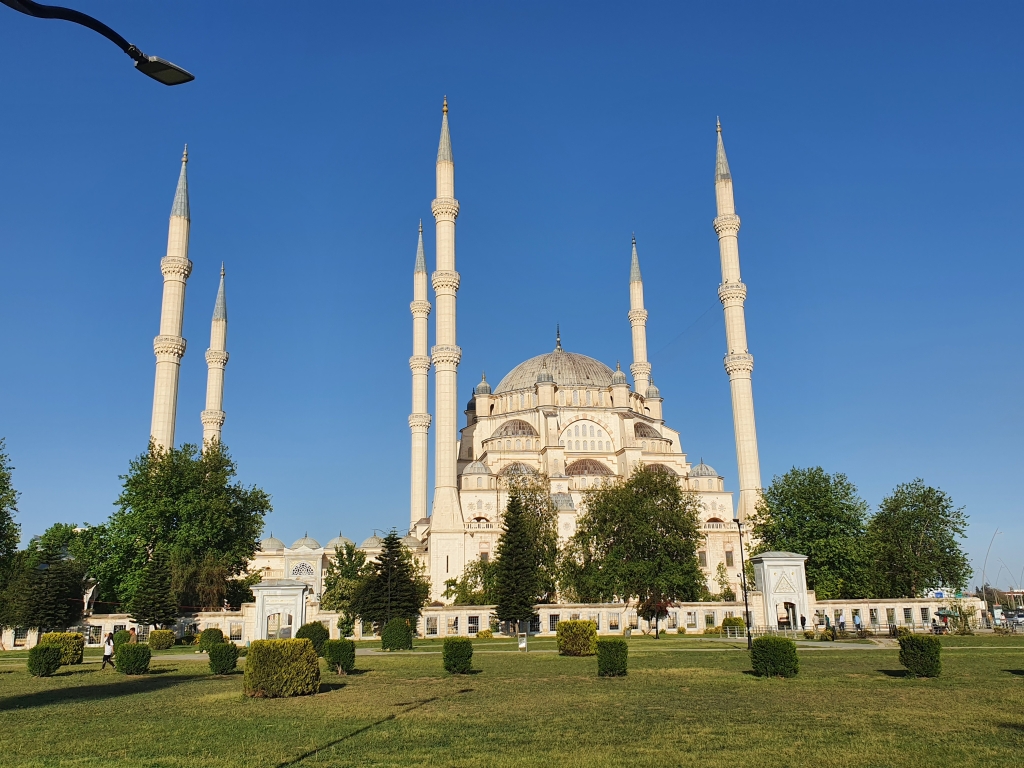 Around seven in the evening, the park began to fill with people. Multiple families settled in the lawns with tablecloths and picnic blankets, as well as small portable grills and tea boilers. The air, hitherto filled with the scent of blossoming acacias and flowers, was filled instead with the salivating odor of roasting meat. We decided it was time to end the walk by the river and have dinner. Before that, however, we waited for it to get a little darker and the for the lights around to be turned on. It was worth it. 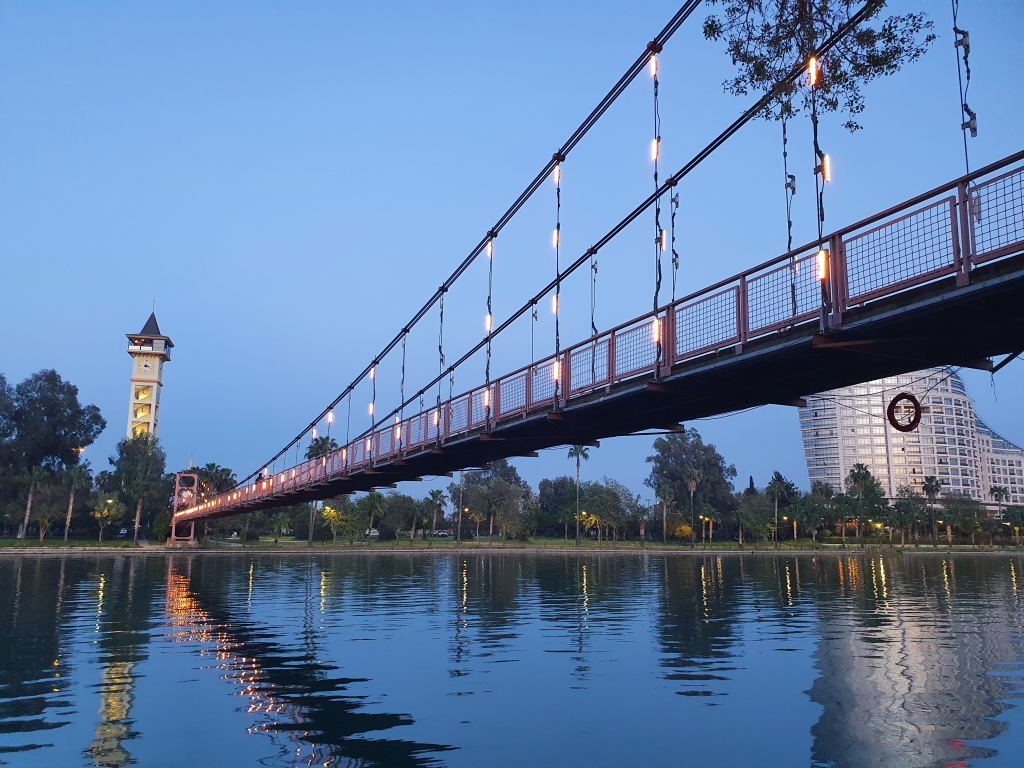 So, dinner. You may try to find restaurants in southern Turkey through Google. I wish you good luck. We were sent several times to places where there were closed hair salons or nothing. So we decided to follow the local people and our noses. In Adana, we made a great hit in a small neighborhood pub. The most delicious minced meat kebab with many spices, known throughout the country as Adana-kebab. Now you will know why. 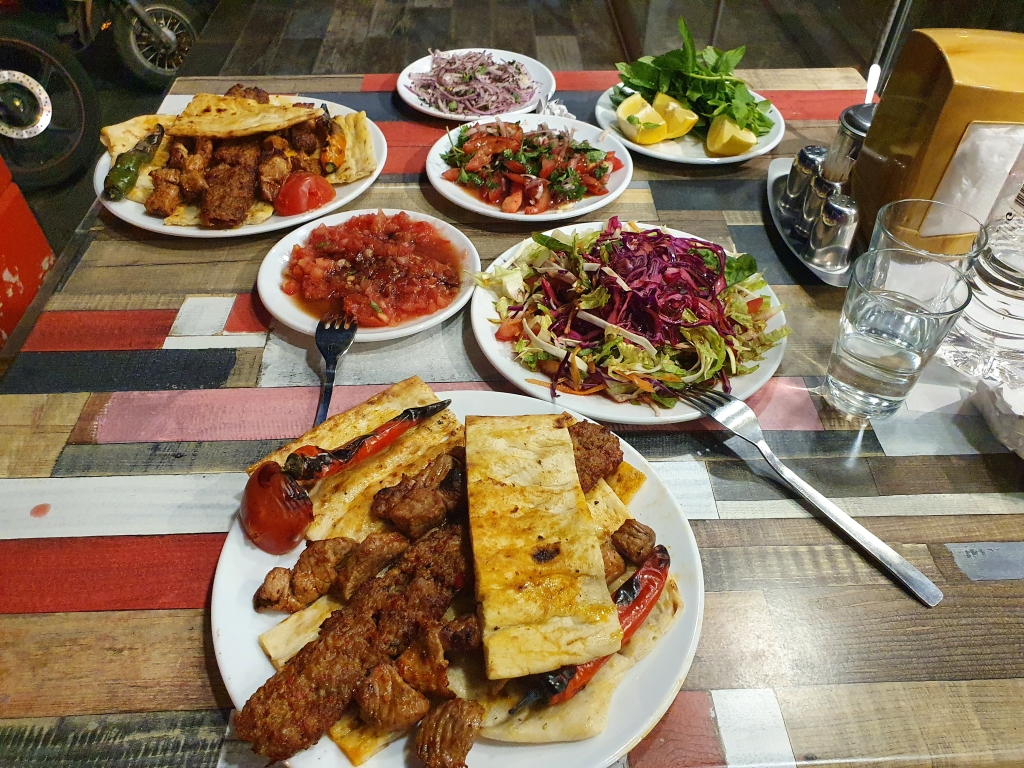