Under the Fairy Chimneys

Home/World/Under the Fairy Chimneys
Previous Next

Under the Fairy Chimneys

I don’t know if you’ve been to Cappadocia or what you’ve heard about it. It is located in the heart of Turkey and every source on the Internet will tell you that the name means “Land of the Beautiful Horses”. The source will fail to specify in what language that is meant, but according to locals, it comes from Persian and is not just a land of beautiful horses, but of beautiful wild horses. Today, you won’t see many horses except for tourist purposes, so it’s probably time to re-name it to the Land of Balloons – this is the usual view of the area  nowadays, and it comes in plenty. Our balloons were locked down, so I can safely call it the Land of Fairy Chimneys. 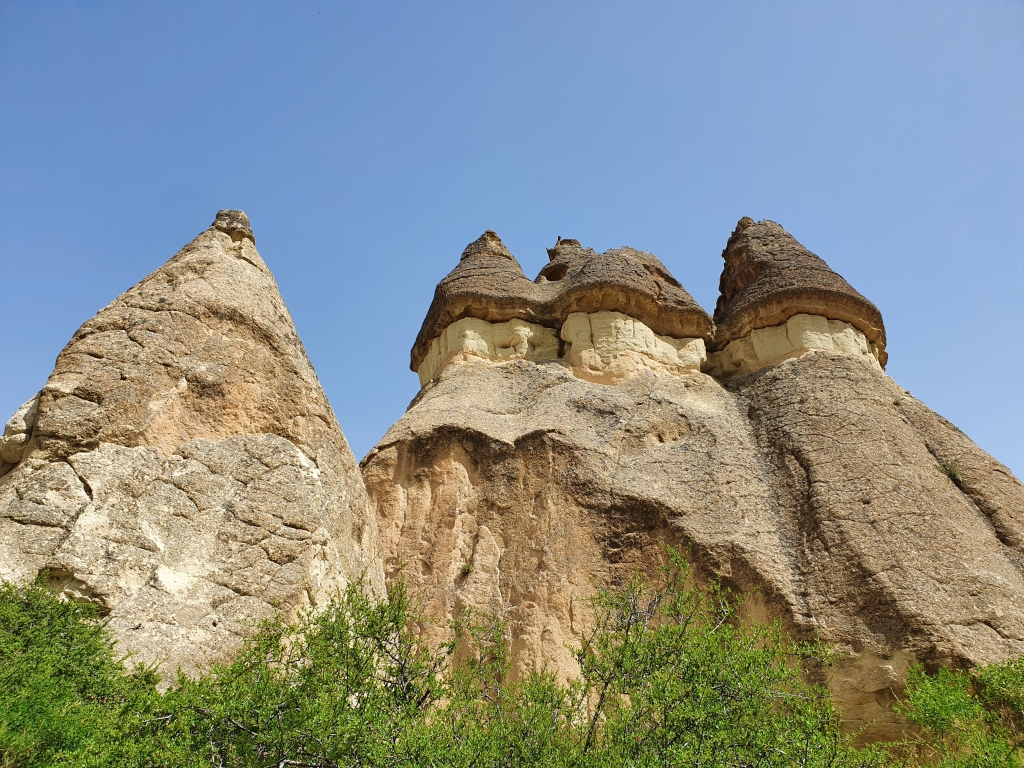 This name, by the way, also comes from the locals. Why chimneys, it is clear, but why fairies – it never became clear to us. The origin of the formations is volcanic, in which I see no connection. Three large volcanoes, which today can be seen at the edges of the region as enormous cones with a height of 3-4 thousand meters, in times immemorial took turns to fill the ground with the corresponding volcanic material, resulting in the formation of a thick layer of tuff with some basalt and obsidian inside. The tuff turned out to be easy to carve, as a result of which it was carved first by nature, then by the Homo sapiens. This is what gave Cappadocia its specific appearance today. 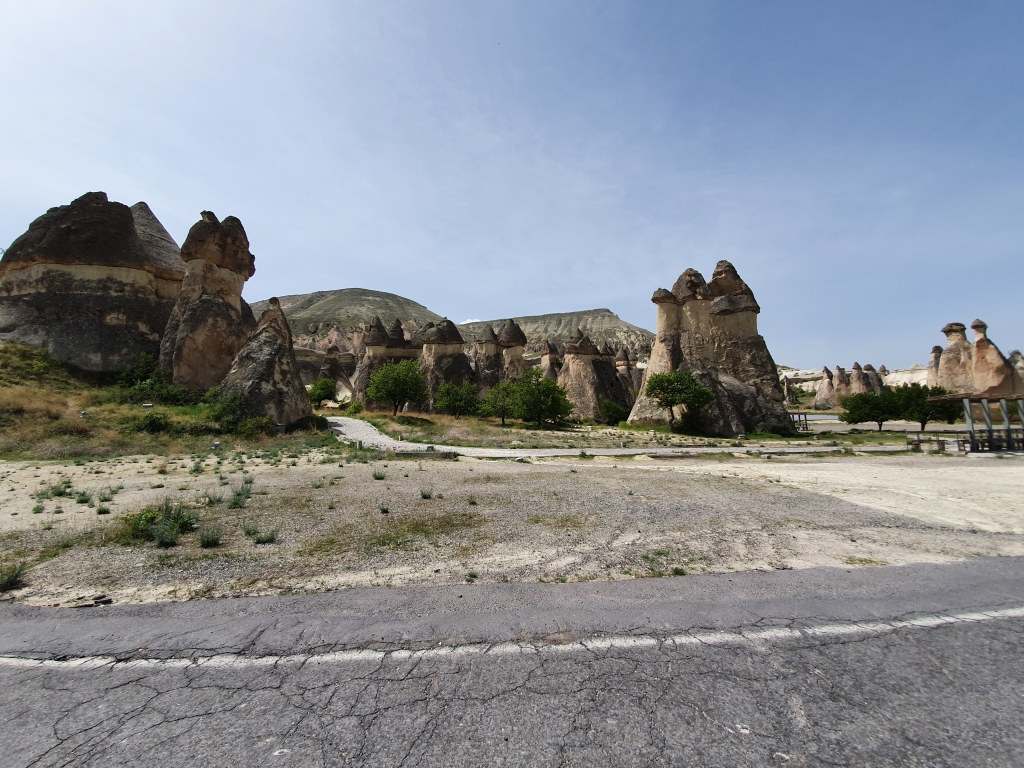 “Fairy Chimneys” is also the name of a specific tourist site between the villages of Goreme and Zelve. In some earlier times, the inter-village road passed right next to it, which can be seen in the photo above. The clever tourist managers decided to blocked access, enclosing the site, moving the road to the side and placing an entrance ticket booth in the company of colorful stalls and – I quote the Bulgarian Law on Tourism – “catering and entertainment establishments”. Don’t think I’m complaining. The ticket at today’s exchange rate of the Turkish lira was about 5 Bulgarian leva, and I would have done exactly the same if I were a tourist manager in such a place. 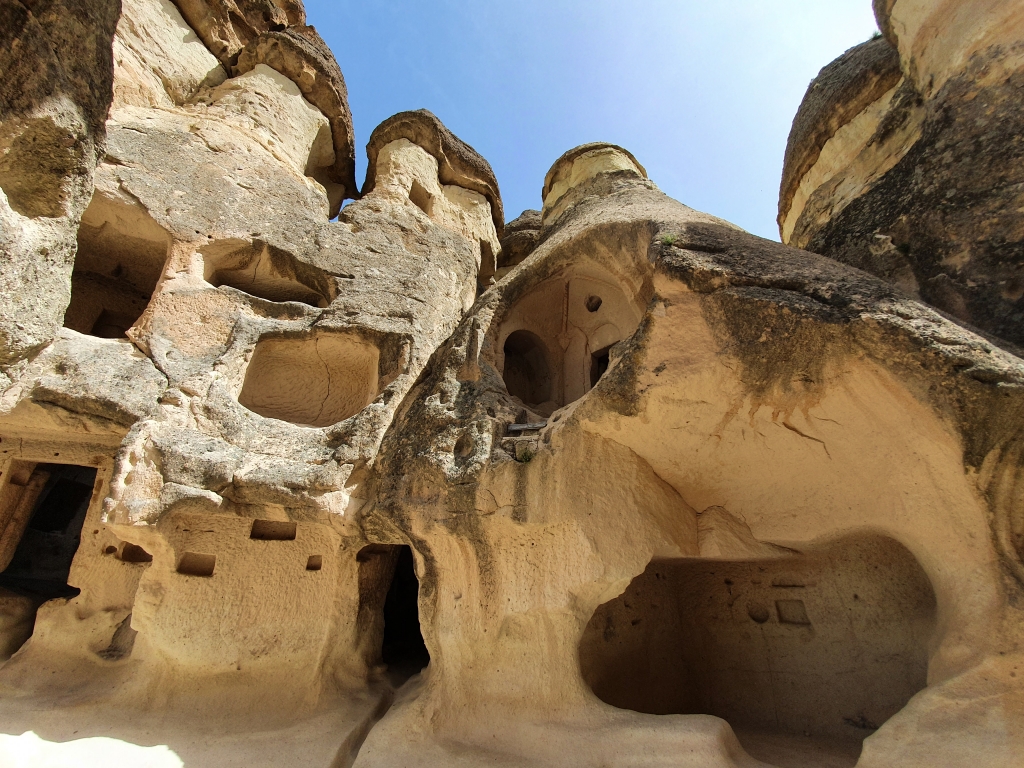 I already mentioned that nature has done only half of the artwork here; man has been industrious as well. As the saying goes, finding a rock not carved by generations of ingenious sculptors is a real rarity. Large and small niches and openings of various shapes appear constantly upwards, downwards, to the side and wherever you turn. Most of them are not in their original layout due to the collision between the soft rock and the climate. Surprisingly, you find missing walls, stairs, pieces of cornices and more. I dare say that none of this diminishes the charm of the places and the sights, especially when you look more closely and find unexpected details made with love and passion by a long-time gone inhabitant, for example: 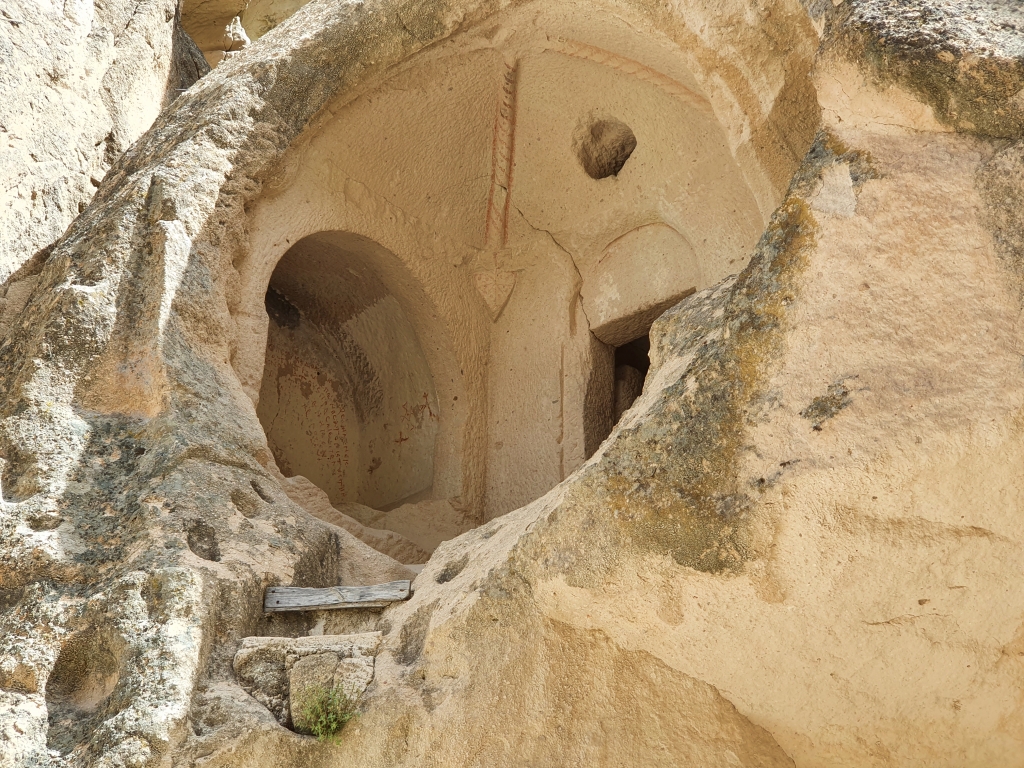 Inside the still preserved rooms, the temperature changes sharply. If outside there is a process running of slow toasting among the white-yellow rocks, under the fairy chimneys it is cool and pleasant. Weathering has not bypassed the interiors either, although the formations there are more protected. We started guessing about their purpose from the first day, with varying degrees of success. Here, for example, is the following room, relatively rectangular, with something like a series of washbasins along one wall. I am telling myself, aha, professional kitchen for the whole village! Alas, it turned out to be the local barn, and the “washbasins” were where they put water and fodder for the animals. 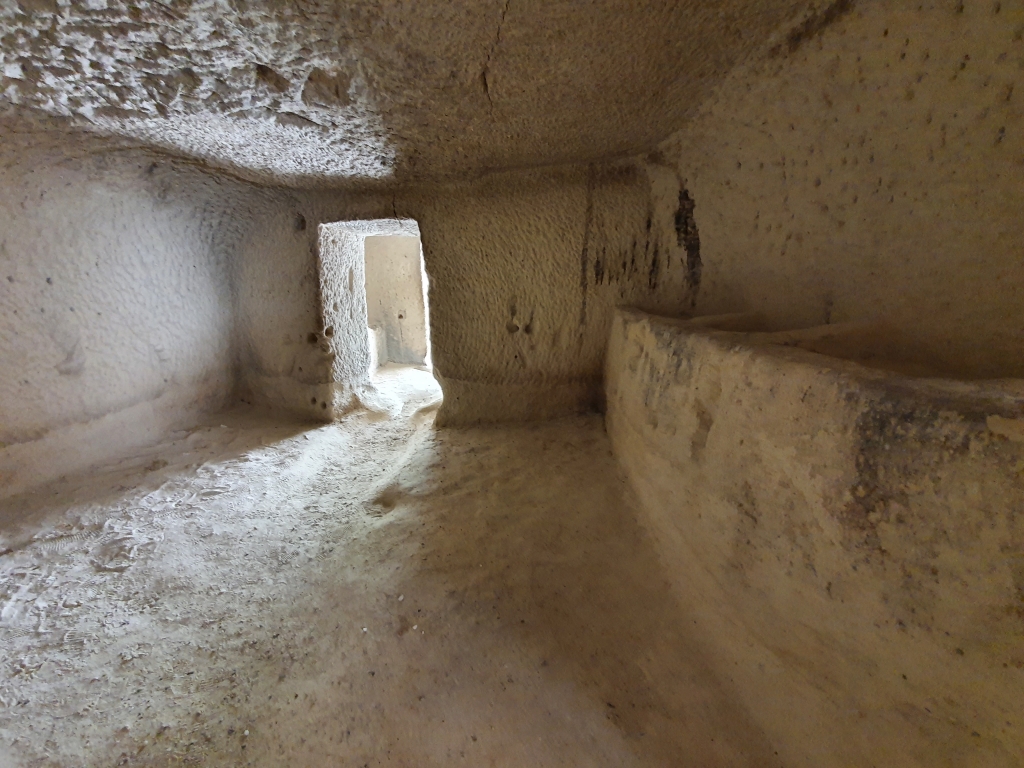 Another part of the interior, which we glared against for a long time, turned out to be an internal staircase to the second floor, climbers’ style. At first we suspected it was a chimney, not of fairies, but a real one, and then we thought why would they take smoke to their upper bedroom ?! Then I decided it might be a kind of elevator shaft for taking stuff up and down, but that didn’t explain the interior design with the opposite niches in the stone walls. In short, the old Cappadocians were obviously agile people, suffering neither from claustrophobia nor from altitude sickness. Oh how I envied them! 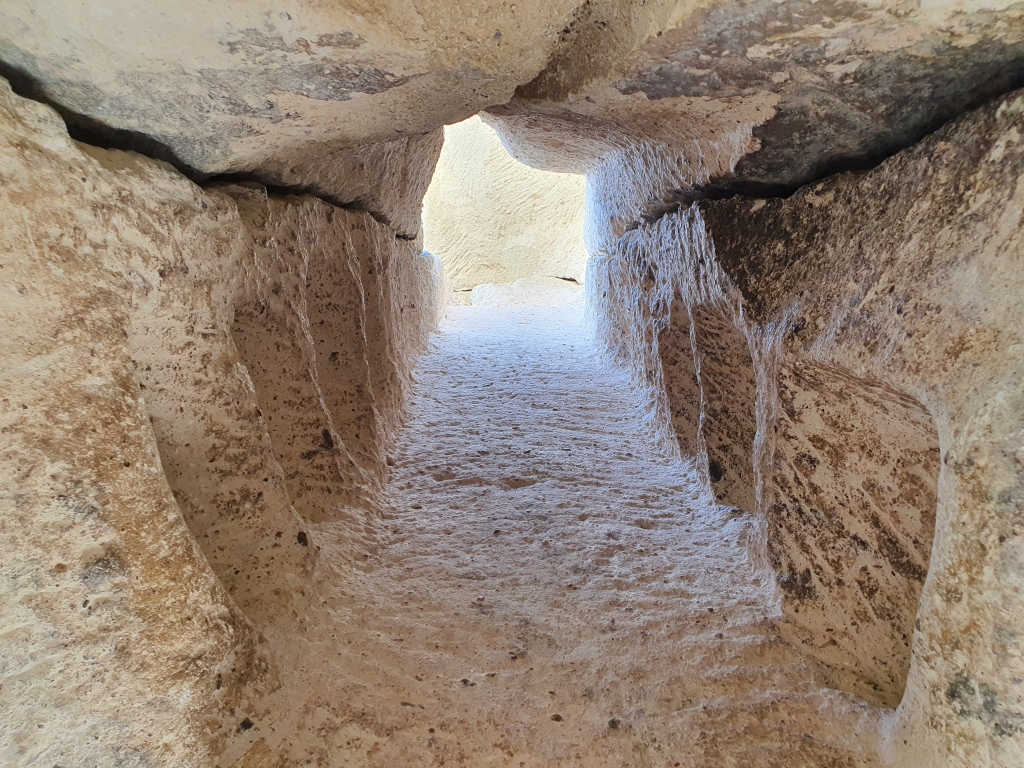 You may read here about my other visits to our beautiful neighboring country.