Home/Rome in cliches
Previous Next

if you are in Rome and have toured its nightly quarters for free, it is only logical that you should do the same in the daylight too. This story of mine is based on my diary about the visit to the Eternal City and more specifically the obligatory list of places where one interacts closely with the other tourists. So, Scene One, morning, Reneissance Rome. We have to be on Barberini Square at 9.30 AM which is the neighbouring metro-stop to Spagnia – the one with the Spanish Steps that are actually French. The photo below shows Barberini Square with the obligatory Bernini fountain. The lack of an Egyptian obelisk is easily explained with the lack of an important cathedral with an even more important pope buried inside. 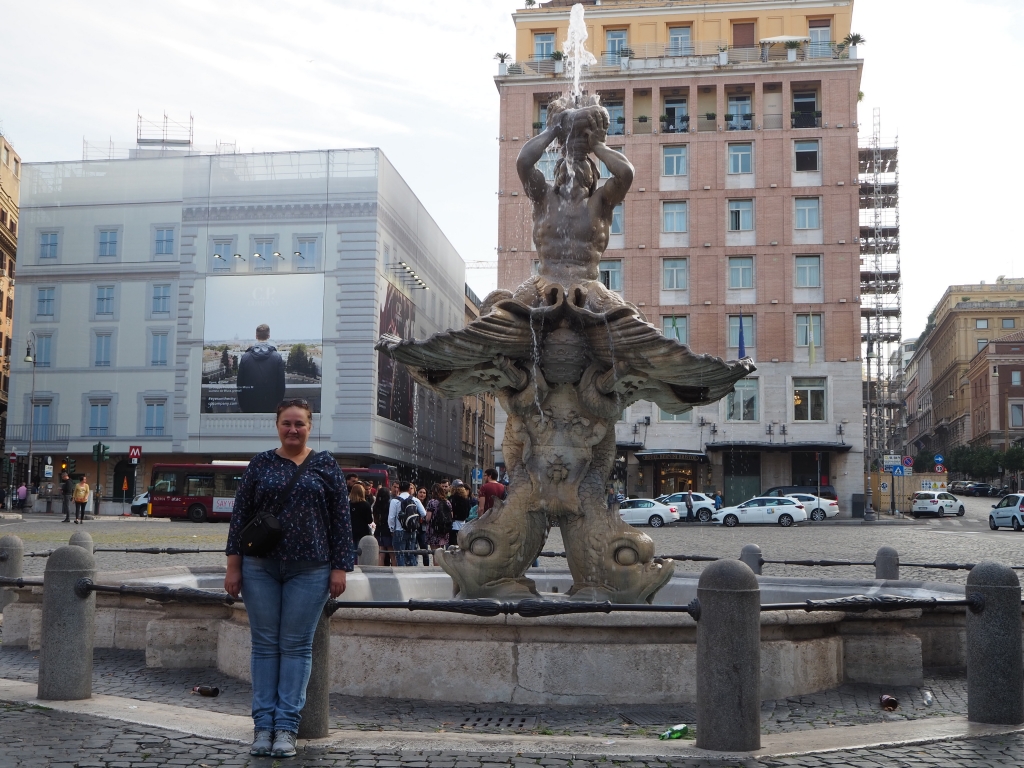 Our guide Rikardo is wordy but enthusiastic. so we are having fun. From Barberini we dive directly into the crowds around the fountrain of Di Trevi which, as far as I understood, used to dilute only at 03.00 AM, and only sometimes. We succeed to take some photo of the fountain though but not of the large stone flower pot to its right, for which they say was placed there by the next fountain-builder only to hinder the view of the annoying shop-owner from that side of the small square. We refuse to throw coins in the fountain when we are told that the Municipality of Rome pratically collects about 3000 EUR per day only by cleaning the basin. 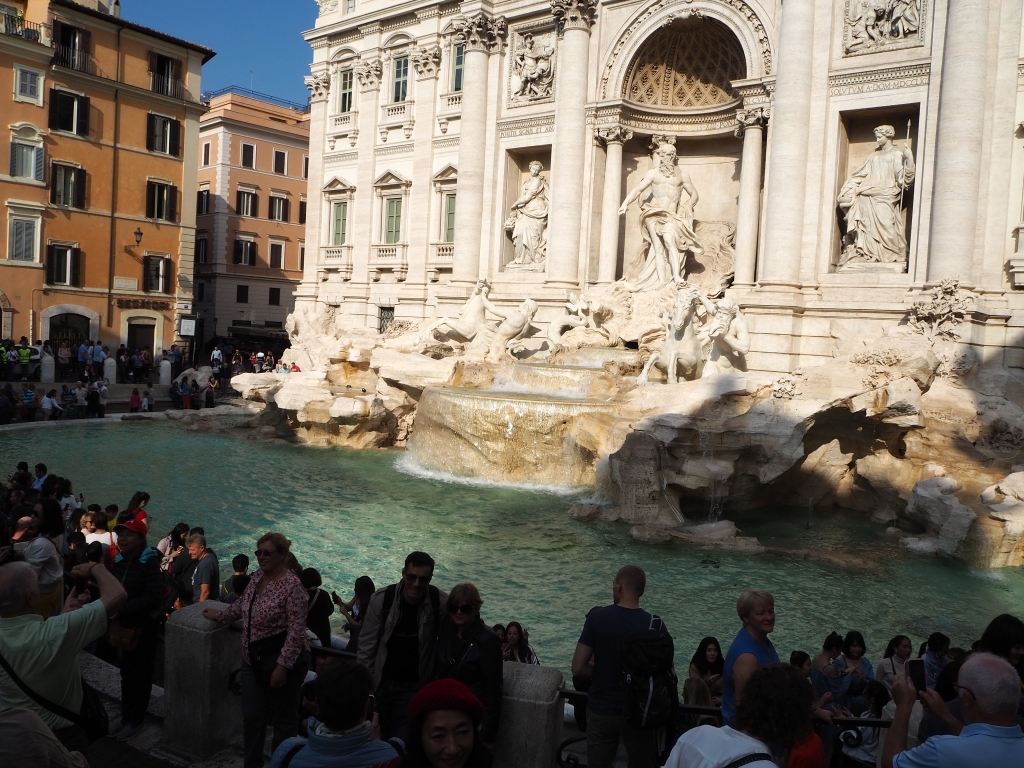 Along the narrow crowded streets, we finally manage to reach the church of St. Ignatio di Loyola, whom I know as the founder of the Jesuit Order but who is here worshipped as an extraordinary saint. However, the most interesting things are inside the church which is known for its interesting 3D-perspectives of the arches and ceilings, from a pseudo-ornamented window frames to a whole artificial ‘dome’ painted on the flat ceiling. Pope I-don’t-know-his-name was quite a trifty.

Our tour aroung the Reneissance Rome continues through the crowds towards the Pantheon, the building with the largest dome in Rome and one of its architectural wonders up to the present day. People say that the architects of St. Peter’s Basilica made her dome smaller that the Pantheon’s on purpose, as they thought that man simply cannot achieve a greater perfection than what was already achieved in the beginning of the new era. As for many other Roman buildings in Rome (I mean, from the times of the Roman Empire), the way to survive to the present day was to quickly become churches. And if they could add a papal funeral to the package, then they were guaranteed for life. 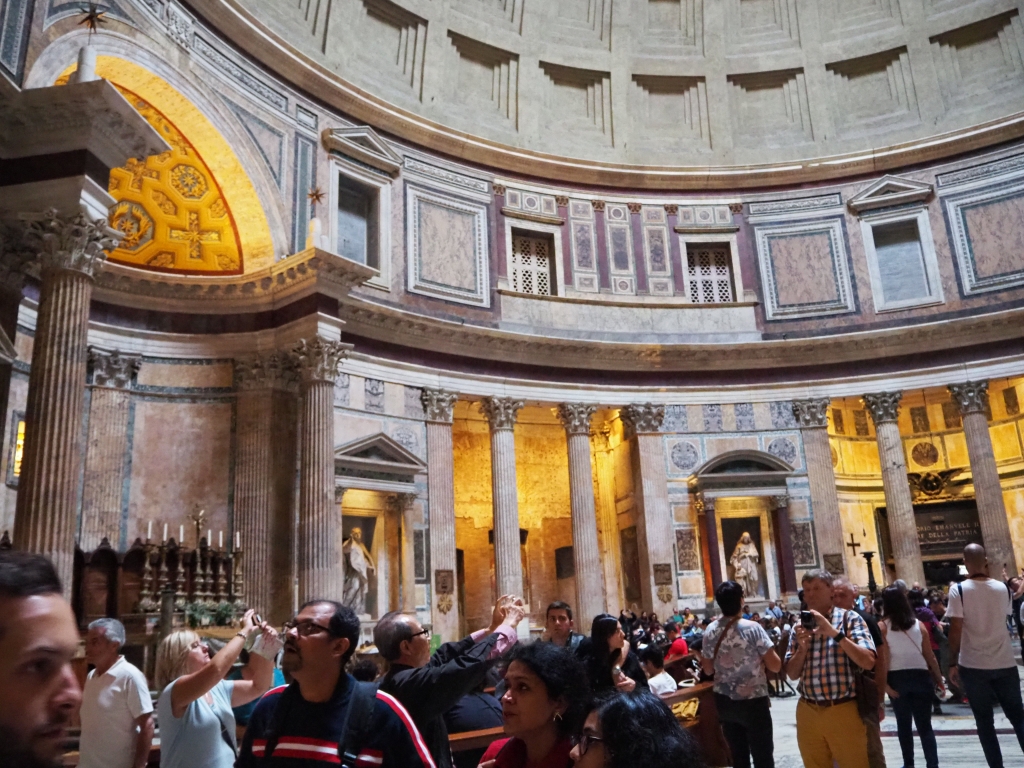 The Pantheon is almost impossible to photopgraph completely, neither from the outside nor from the inside. In short, I don’t know what some people were thinking when they were building it but it has not been about the miserable tourists armed only with an i-phone. Our tour ends at the renowned and no less crowded square of Venetia where we witness a bright example of what the families of Renaissance popes had been awarded right after their pope was elected (a palazzo on a cenral square); what they did immediately afterwards in order to improve their view (hired a well-known architect to produce a monumental fountain amidst this very square); and what they did last to secure immportality (erected a monumental church nearby, to store the same pope at the end.

From that point on, Reneissance Rome offers an endless list of opportunities of how you can continue with your day. You may sit for a cup of coffee at the square, have a bite at some small restaurants hidden in the nearby narrow streets or go for the raid of other Roman prominances, discovering by accident that mastodon Altar of Victory which paradoxically does not appear on any maps but the spot is marked only as the Monument of Victor Emmanuel (the tiny man on a horse in the front), the first king of united Italy. What comes next, I will tell you a bit later. 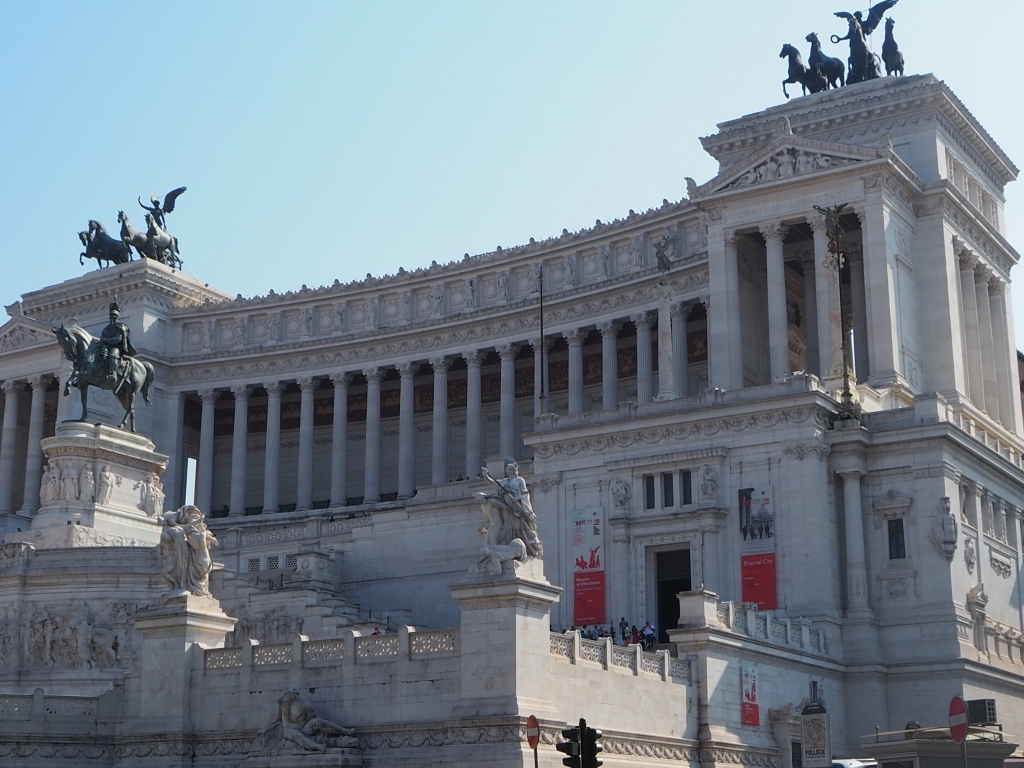