Home/Bulgaria/Chestnuts and more
Previous Next

The eighth annual Sweet Chestnut Festival in Belasitsa Mountain took place as always in the second weekend of October in the village of Kolarovo where the Directorate of Belasitsa Nature Park is located. The Park is the main organizer of the celebration and it couldn’t be otherwise as it is exactly the sweet chestnut which is its symbol and the primary reason for the designation of the protected territory here. The Festival started as a tribute to the connection existing between the mountain and its people but today that connection is shared by many more people, including from neighbouring North Macedonia and Greece which also have pieces of Belasitsa (our only three-country mountain) and also love it. This year, the holiday started with ‘Open Doors’ at the sites of Petrich Historical Museum: the Samouil Fortress, the museum house of Old Vanga (famous Bulgarian prophet) and the historical museum itself, and the archaeological Thracian and Roman site of Hereclea Sintica in the Kozhuh crater/ Rupite locality: 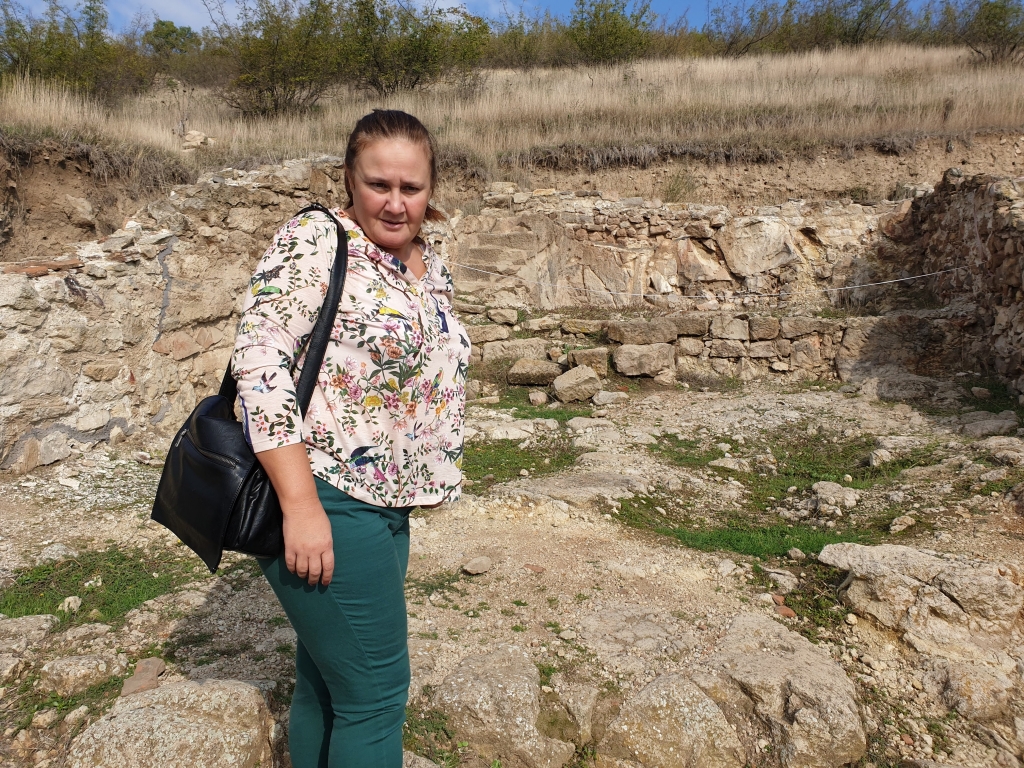 Despite the gigantic central square and the spacious Bouleuterion which were uncovered in recent years, there is so much more of Heraclea still hidden, like for example the whole hill behind me on the above photo. All of us, the lovers of ancient history, are anxious to see more. By noon, the stands of the eight villages from the foothills of Belasitsa were opened at the square of Kolarovo: Belasitsa, Samouilovo, Yavornitsa, Kamena, Klyuch, Skrat, Gabrene and Kolarovo itself. They were joined by stands of many of their friends, e.g. the Young Mountaineer Club from Petrich, local producers of honey, guesthouses, etc. It is highly recommended that you go hungry to the Sweet Chestnut Festival in Belasitsa, otherwise you will leave heavy as hell.

Here, for example, one can clearly see the combination between traditional home products such as marmalade-rolls, Baklava (old Oriental pastry) and salty muffins, and more unconventional dishes such as fried chestnuts and (?) cake with rakia – the latter is very strong homemade alcohol. Of course, the chestnuts are everywhere as well as the chestnut honey which has a very specific taste, slightly bitter. All other local dishes, however, also deserve attention. I personally like most the so-called Kraishtnik which means s.th. like the outer rim of the bread – no idea why they called it that; it does not comprise rims only: 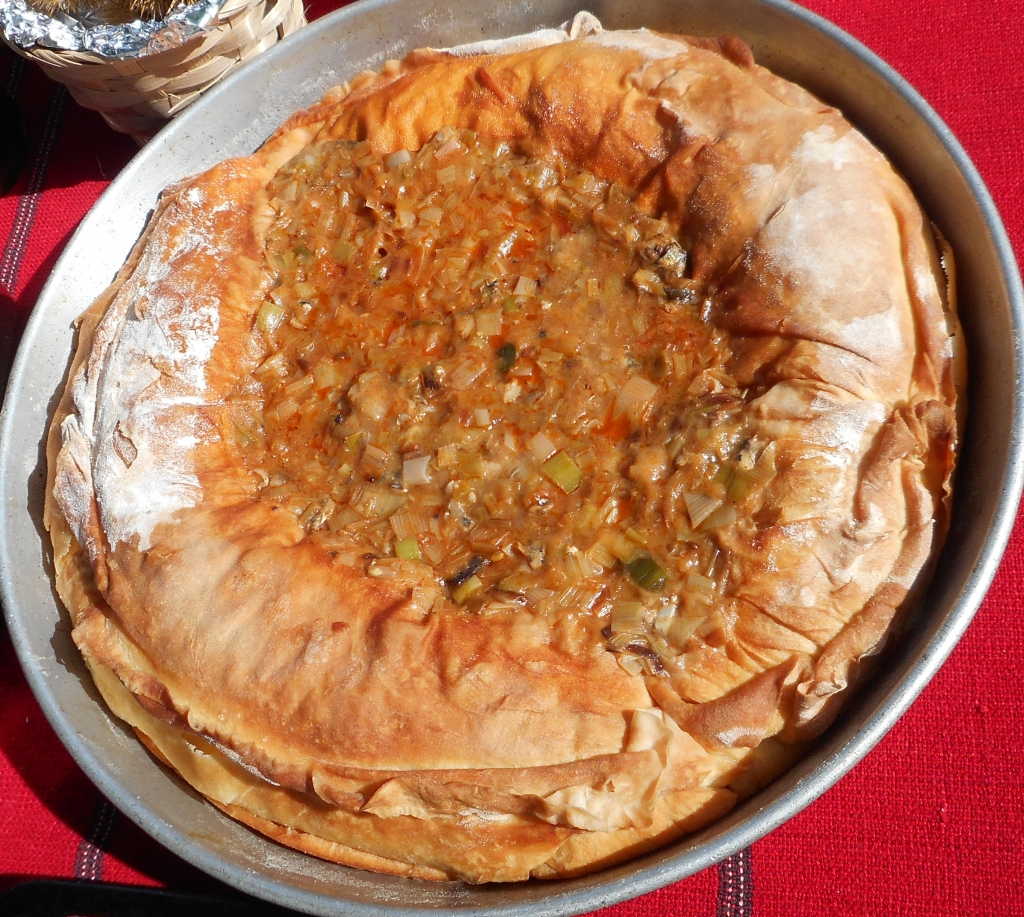 The abundant eating is accompanies by a folklore programme by the local amateur clubs from all Belasitsa villages, as well as parts of the public who cannot contain themselves and occasionally dive into energetic dances in the square. Some time ago, we also made the experiment called “Oro na Dvoro” meaning Horo in the Yard (Horo is the traditional Bulgarian dancing) – an open lesson in folklore dancing from the southwest corner of Bulgaria; now dancing too is at the square and close to the food which I am not sure is the wisest thing to do… But, if next year you are wondering what to do in the second weekend of October, you can take a look at the faces of this group of well-fed and well-danced people below, and make a decision for yourselves – 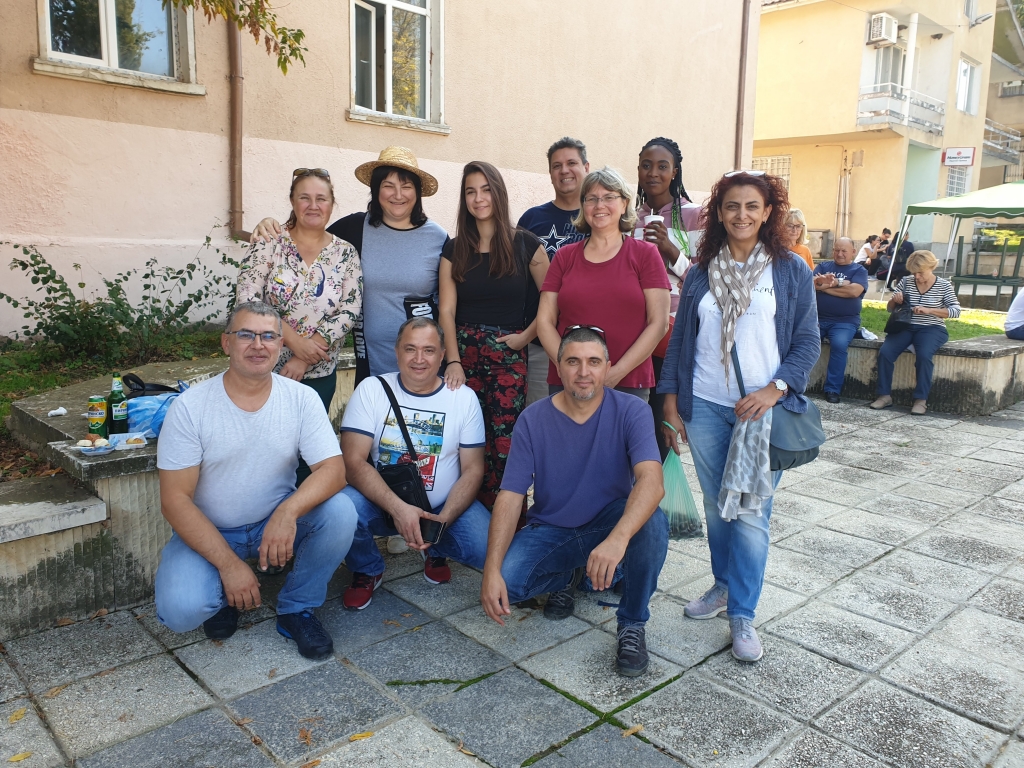 A week or so after the Sweet Chestnut Festival in Belasitsa, Southwest Bulgaria hosts other similar festivities. See more!