Bucharest in a day

Home/Europe/Bucharest in a day
Previous Next

Bucharest in a day

It is strange how a person can spend a lot of time not far from a certain place and never see it. Or, in my case, to see it years later. I grew up near the Romanian border, even my first (out-of-town) driving lesson at the end of high school was right there. My dad had attended a Romanian school in his first school grade and could speak a bit of the language, and our neighbors regularly traveled north to get some high-quality crystalware. I had to find myself in the town of Ruse 20 years later to actually visit Romania. And, of course, passing over the Bridge of Friendship over Danube River, I headed straight for the capital. On this occasion, today we will talk about what to see in Bucharest, when we do not have much time. 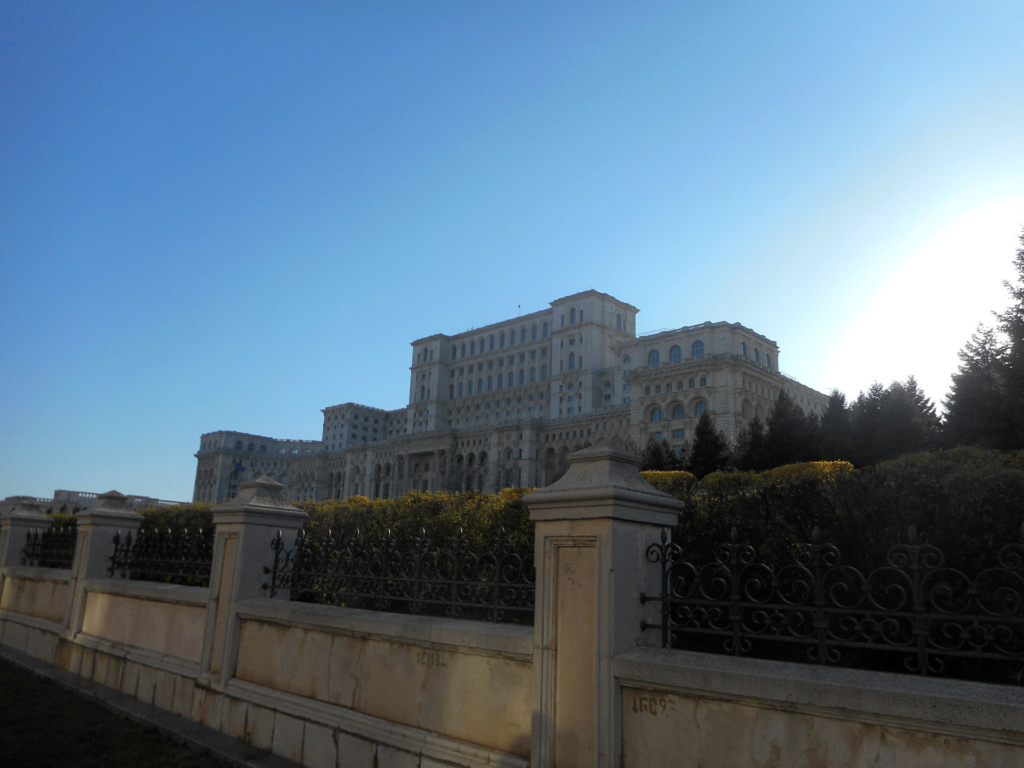 Bucharest impresses with many things. One of them is the grandeur of the central part, which is in fact a grim legacy from socialist times. Grim because it was built on human misery. Many people living in the central part of the city were simply “removed” to make room for the gigantic idea; huge quantities of material (marbles, granites, etc.) were plucked from different regions of the country; not to mention the slavery construction work. The top of this grandeur is Constitution Square, on one side of which rises the Palace of Parliament, the second largest administrative building in the world after the Pentagon of the United States. 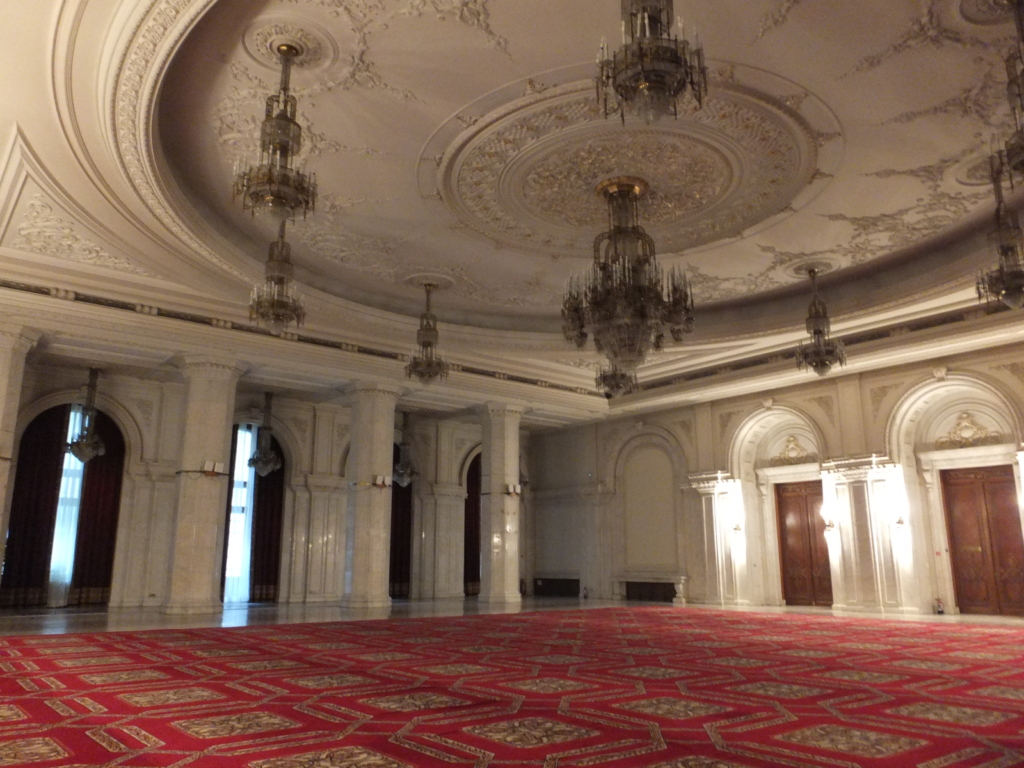 The inside of the building is just as pompous as the outside. Countless rooms with lavish ornaments; enormous chandeliers, under which you are afraid to pass; carpets weighing 5 tons, which were woven either in pieces and assembled inside the rooms, or directly on the spot, because otherwise they could not be carried in… From this monument of socialist insolence starts the huge Boulevard of Unification, whose idea was to host mass demonstrations on various holidays, and the dictator was to watch them generously from his terrace as they came to present themselves to him in Constitution Square. The square itself is surrounded by more pompous buildings, such as the largest NSSI I have ever seen. 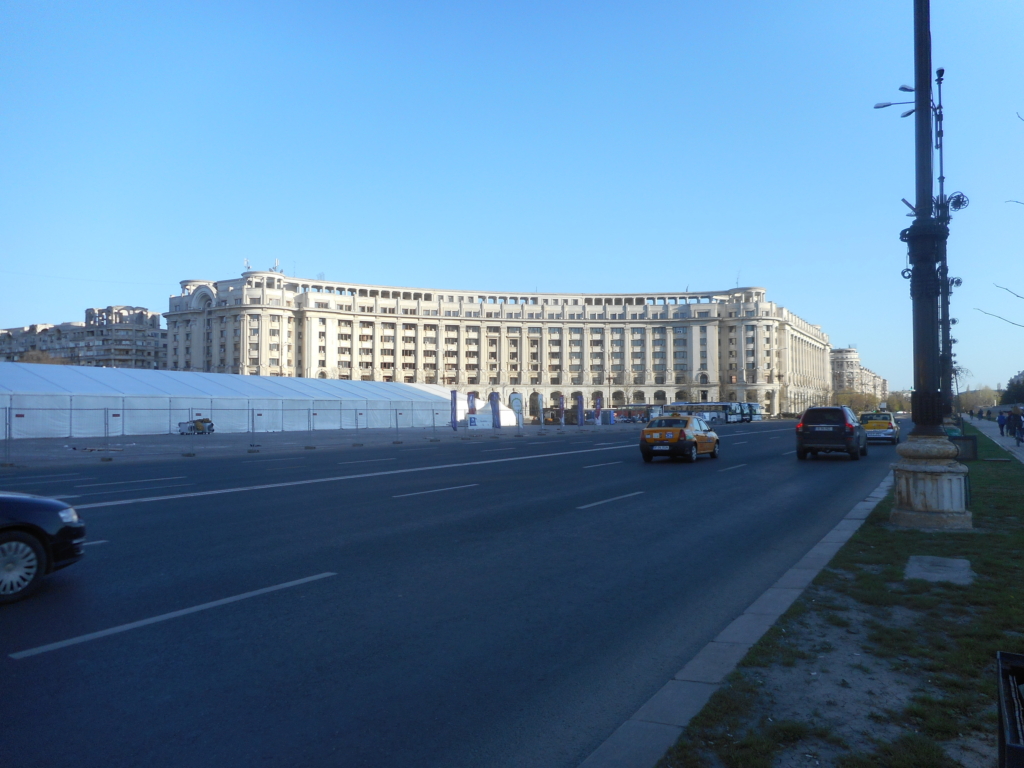 Despite the demolition of several old neighborhoods to make room for all of the above, some older construction still remains in Bucharest, such as the Lipskani district. You can walk through the relatively narrow streets, especially against the backdrop of the huge boulevards, and see whether the old buildings look to you like other European capitals or not. For example, it was the first time that I saw churches painted from the outside. But some of the buildings reminded me of the Bulgarian capital of Sofia. 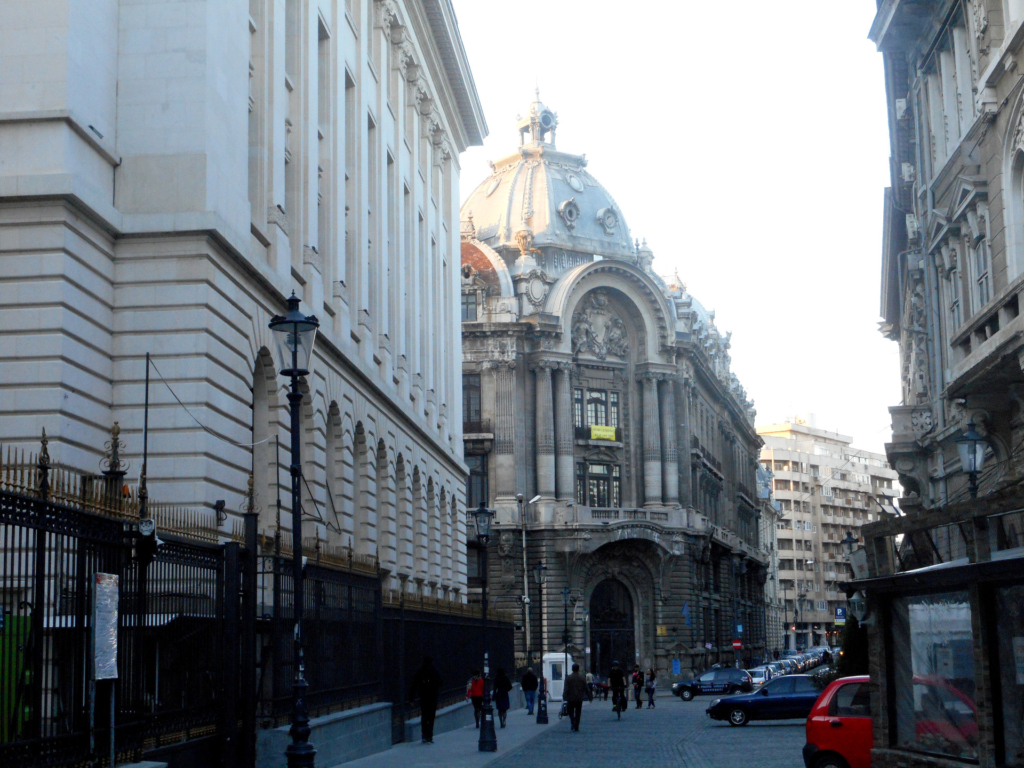 When talking about what to see in Bucharest, the capital’s parks should also be mentioned. Lots of nice places to walk, and if the season is right, you can sit on the grass with a beer and snack in hand. In one of the parks – Herastrau – you’ll find the National Village Museum of Dimitrie Gusti, which is something like the Bulgarian Etar Open-Air Museum. Even if you are not a fan of such sites in general, I still recommend that you visit it – I’m sure everyone will find something interesting for themselves. That may be various amazing dog kennels, some round and clay, others wooden, but with strange roofs. Or, that may be the older dwellings half-dug into the ground, covered with thick layers of straw. 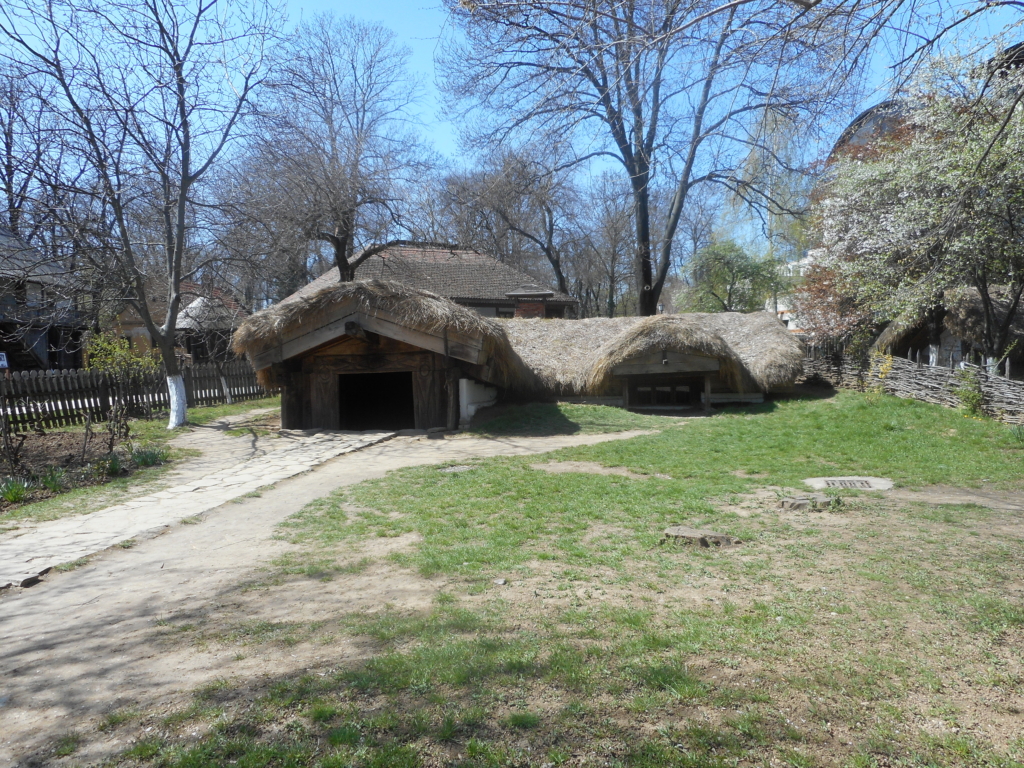 In addition, there are huge wood-carved gates with roofs; the great-grandfather of the Ferris wheel, made from wood and with mechanical drive; wells, representing a simple hole in the ground with a bucket attached to a long wooden lever for extracting water. There are strange structures in the yards for drying hay and storing fodder and grain, as well as brick stoves, which look like they’ve come from Russian fairy tales, where you expect to see little Masha baking cakes, taking them out with a big wooden shovel, and then smearing them with honey and giving them to the bears. The houses themselves are very different, as can be assumed, coming from different parts of Romania. Some are more colorful and attractive than others. 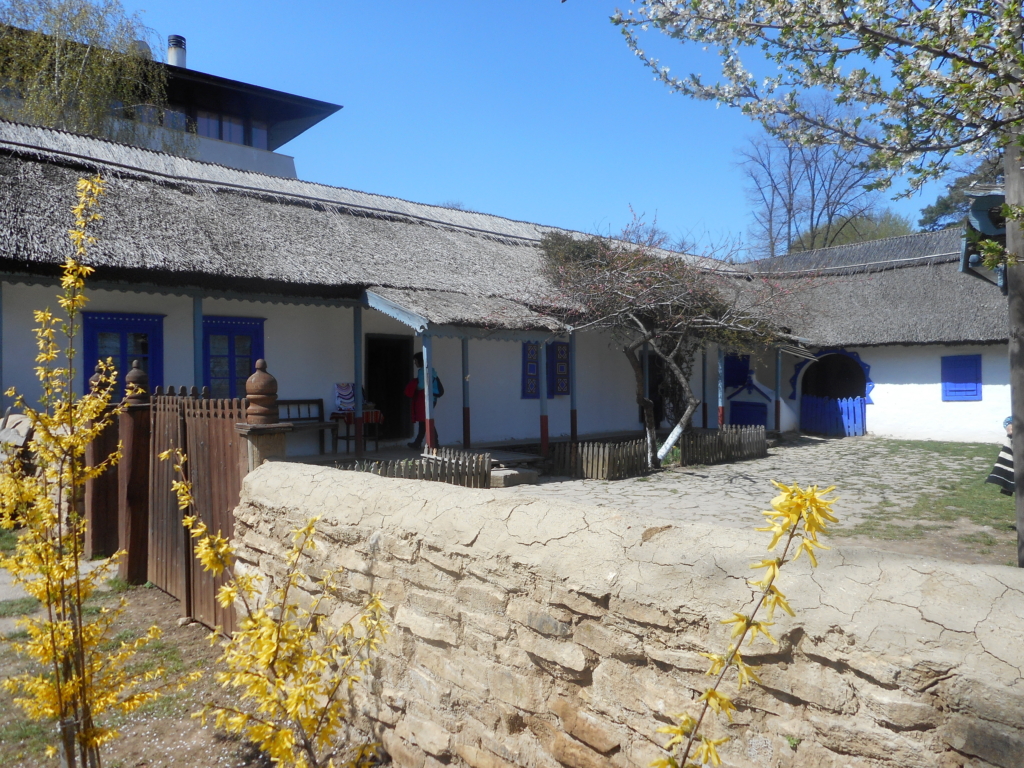 There is a lot more to see and do in Bucharest, and not everything is history, be it older or newer. I haven’t even mentioned the possibilities for a delicious meal. To feel the city, you have to stay in it, not just run through for a day with a list in hand, as we did. Of course, time is always a limiting factor and you have to choose what to see and what to sacrifice. If you have children, you are more likely to find yourself in the Natural History Museum on Saturday than in the neighboring Museum of the Romanian Peasant. A very attractive building, and I haven’t heard of a peasant museum anywhere else. However, we did not make it. It’s probably time to visit the Romanian capital again, I haven’t eaten my favorite dessert Paparash in a long time… 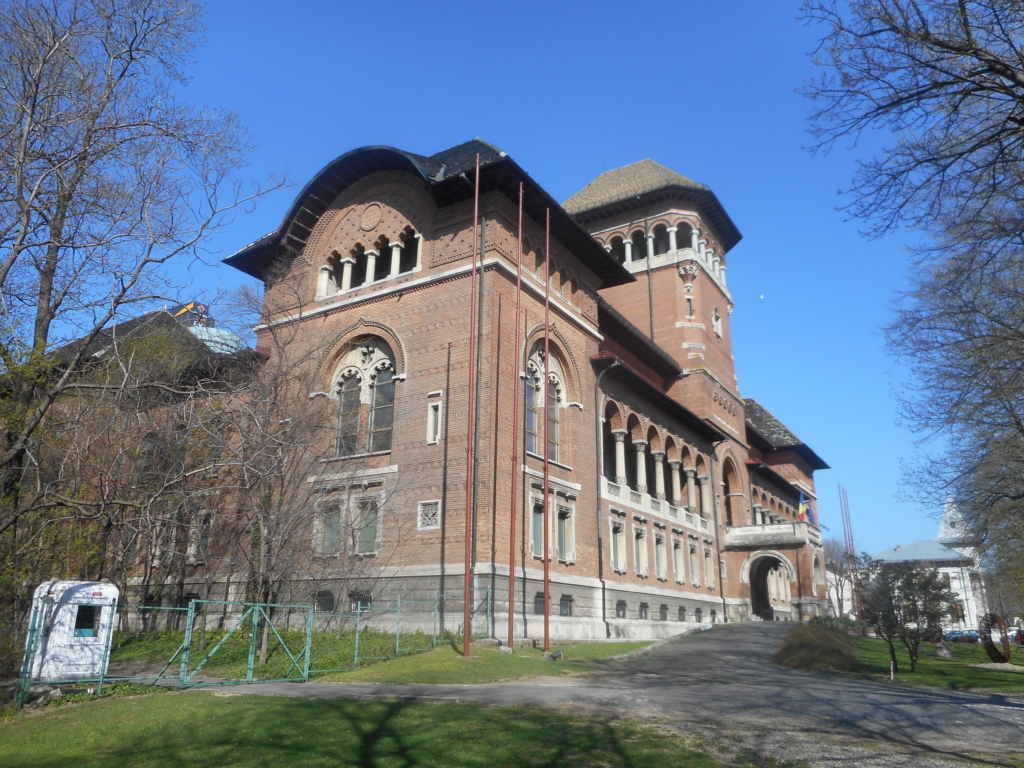 More favorite places with the letter ‘B’ to visit in Romania and around the Balkans you may find here.