When no sea-bathing on the island

Home/When no sea-bathing on the island
Previous Next

When no sea-bathing on the island

I promised to tell what one does on an island like Crete when the weather is not good for sea-bathing. One option is for you to sit down and mourn your bad luck, since even one watsed day of the five designated for the last sea of the year is too much already. However, you can jump in the car and drive to the ‘capital’ of the island – Iraklion or Heraklion, known in the past as Candia (under the Venetians) or Candiye (under Ottoman Turks). The way I say it, it may look very organized and easy but keep in mind the average speed of traveling along the northern island artery is 60 km/h and it is full of traffic-cameras. As we know, though, persistence usually pays back and, after 2.30 to 3 hours from the start at the northwestern part, the traveller sees the above view, which is Heraklion in all its length (or almost all). 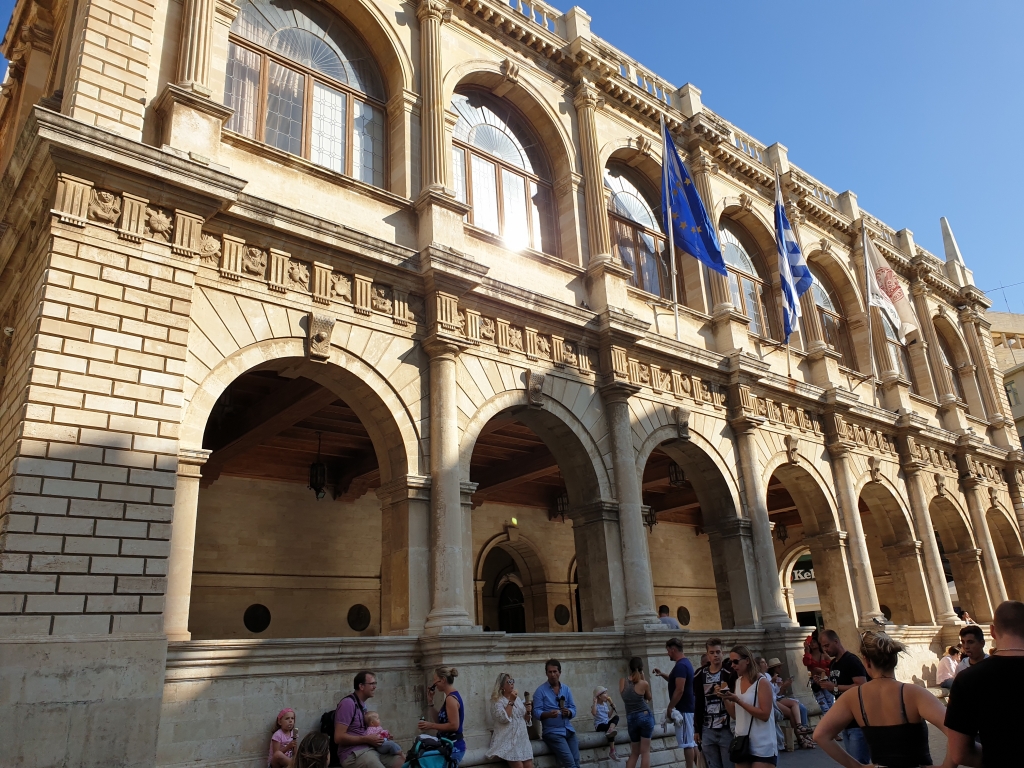 Today, Heraklion has a rather Italian appearance or at least that is so in the central parts; the newer quarters are typically Greek with their not very high white houses and a lot of greenery. The above photo shows the most famous building from the Venetian architectural heritage which has been built, demolished, built again, and what it is today, I couldn’t even fathom. Judging by the flags, it is probably something public and official. The photo also illustrates what one can expect from other people when the weather is not good for going to the beach. In short, to take the same decision as him- or herself and crowd simultaneously in Heraklion. The next question is, after going around the Venetian streets, what to do to fill up the rest of the day. And I am not speaking of nearby Knossos now as I will pay him special attention later. So, there you go: 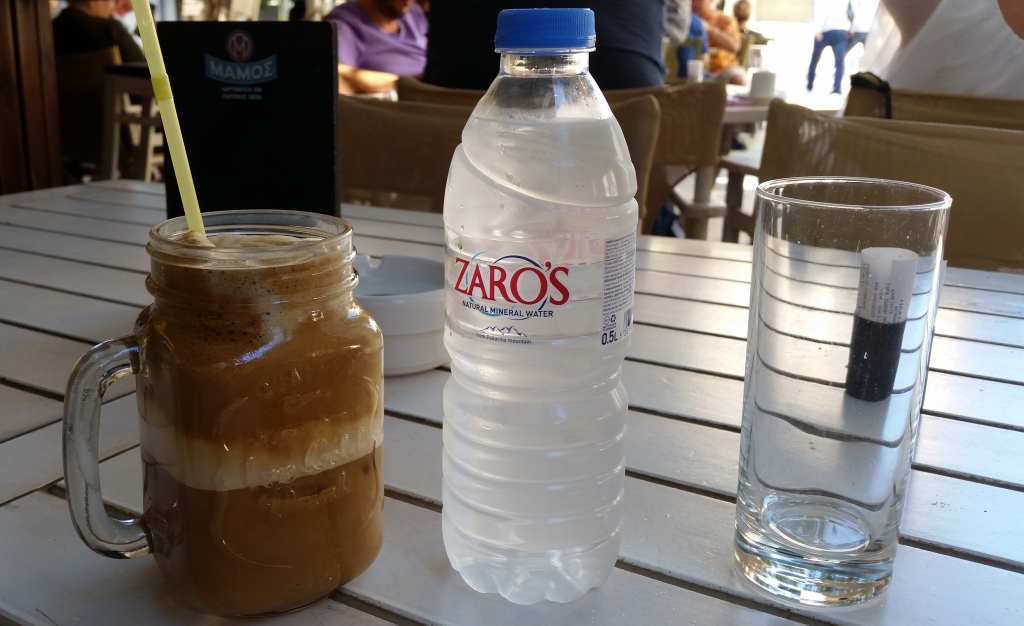 The drinking of frappe is necessary not only because it is delicious and very pleasant when you sit at some of the many sweet small squares. It is mostly needed for thinking – what to do when the aunties selling tickets at Knossos had sold you a single ticket for the archaeological site instead of combined one for the site AND the archaeological museum of Heraklion. Because the combined ticket costs 16 EUR while only Knossos is 15, and you have to give a whole 10 more (instead of 1!) for the museum. So, would you spare those 9 EUR or not… Tough decision. Me personally, I finished my frappe and went to see the fortress of Koules which turned out to mean “Fortress at the Sea” which is almost as inventive as the habit of some of my relatives to name all cats “Kitty”.

Inside, there are interesting collections of pots and cannon balls; well, the fortress itself is not so bad. It is Venetian, of course, and the entrance fee was something like the satisfactory 2 EUR. I suppose that in summer heats, a lot of people hide inside to cool with utmost willingness; in our case, it was the wind we were hiding from. We actually liked most the roof ‘terrace’ of the fortress offering views in all directions: to the town, to the harbour, to the open sea. In the latter direction, the waves were so big that the desire to take photos from the edge was combined by all means with a refreshing sea shower. I enjoyed most the view showing how the waves on one side of the breakwater have white rims while on the other the weather is nice and calm –