This is the last time I speak of the southern Greek island this year as I cannot miss to tell you about the Cretan museums and especially those of ChaniaA (I explained the big A in my previous post) which we had more than enough time to visit due to the un-fitness of the beaches for sun bathing. The above photo, as one could guess from the anchor, is the entrance to the Maritime Museum located inside a wing of the olf Venetian fortress at the harbour; unlike Heraklion, here the fortress itself is not open for visits. Apart from the gigantic anchor, I’d like to draw some attention to the wonderful colured ‘flooring’ of the old quarter buildings which naturally include the foliage. And as uninterested in sailing as I might be, I’ve always believed that one can find something interesting for him- or herself in every museum or tourist site if there is good will.

For example, they can make a photo of themselves with a gigantic shell, even if they are unable to emerge from it graciously, dressed in nothing but their long hair like Uma Thurman once did in The Adventures of Baron Munchausen. One can admire the wonderful ship models which probably took their craftsmen months to make the tiny little oars tied with tinly little ropes. However, one can also focus on the model of how a trireme worked, that is, where the three rows of oarsmen were located and how they were called: 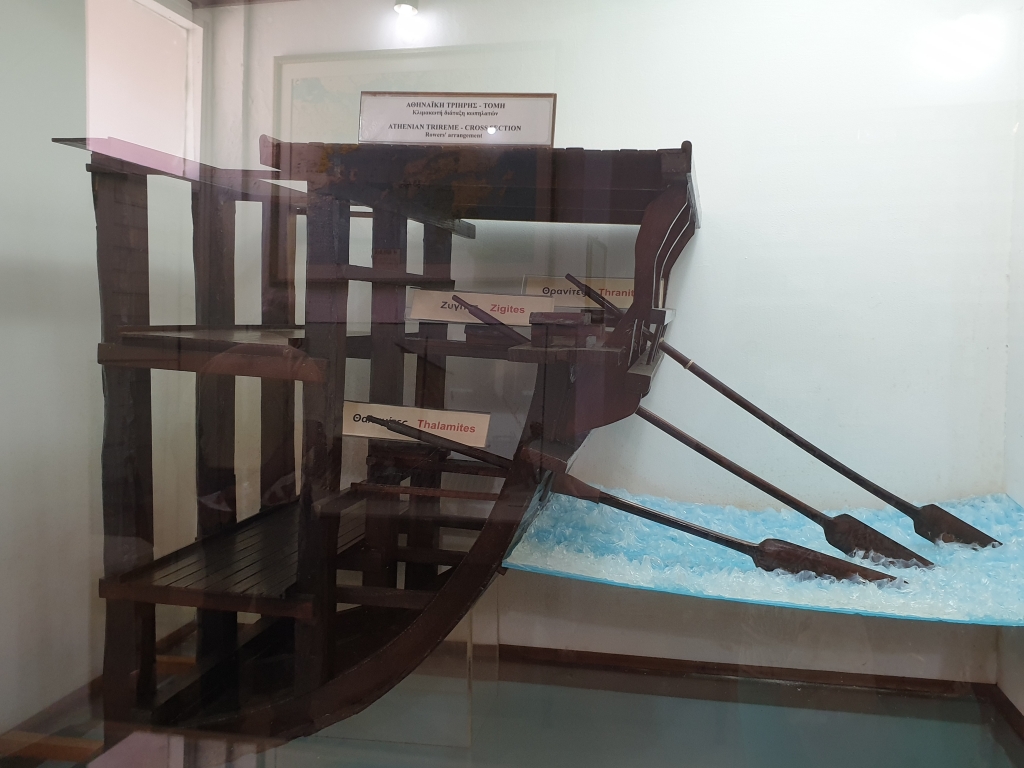 There, the lowest row were called Thalamites; the upper – Thranites while the middle one were called, for lack of better option – Zigites which in Bulgarian is very, very close to Dzhigites (jargon for a scoundrel). The exhibits of photos may also seem boring until you decide to read more carefully, and then great stories are revealed, like for example the story of the military unit dispatched on Crete during WWII from Australia and New Zealand. They succeeded to change the course of the military actions against Nazi Germany by performing a morning Maori battle dance “Ka mate, ka mate, ka ora, ka ora” – “I may die, I may die, I may live, I may live”. In the museum, they have also prepared for us a real command cabin of a ship or submarine, I didn’t quite get it: 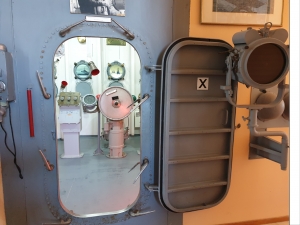 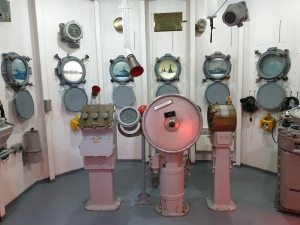 The archaeological museum of Chania is more like me, especially having in mind that this is the place (I mean all of Cretan museums) where one can learn more about the Minoans and their amazing civilization. The pots in bird shapes are very interesting; I don’t think I’ve seen such before: 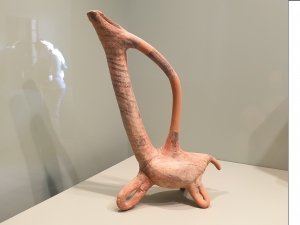 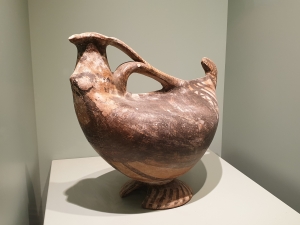 The exposition also contains the usual for our part of the world Roman mosaics and stuff but what one remembers most are usually the untypical things. Apart from the birdy pots, I can also mention the stone boxes with fancy little lids, the golden buttons shaped like axes and the series of anthropomorphic clay female figurines with obviously unknown purpose as the small sign under them admits. For a finale to my Cretan museums tour, I offer an odd clay coffin which looks more like grandma’s chest and a funerary item shaped like a tiny Minoan boat; they used to fill in the small holes with honey so that both the masters of the afterlife were happy and the diceased was stocked for the long way – 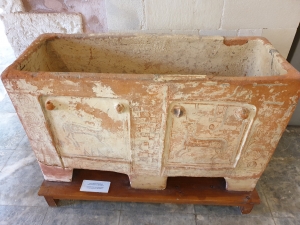 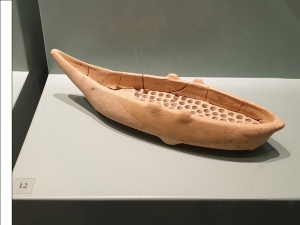