Home/Bulgaria/Not the fortress?
Previous Next

For years, I had accepted the image above as THE image of the medieval Asenova Fortress in south central Bulgaria. It is a true Bulgarian landmark as Tsar Ivan Asen whose name it carries was one of the most beloved Bulgarian rulers and we keep pride in his legacy. So every Bulgarian child is taken there on a school excursion at least once; and that image is among the top 5 multplied on aadvertisement materials. So, there I go to refresh my school memories of the sacred place some 35 years later, only to find that the only standing buildilng is actually a church, and what is left of the real fortress is less than little. 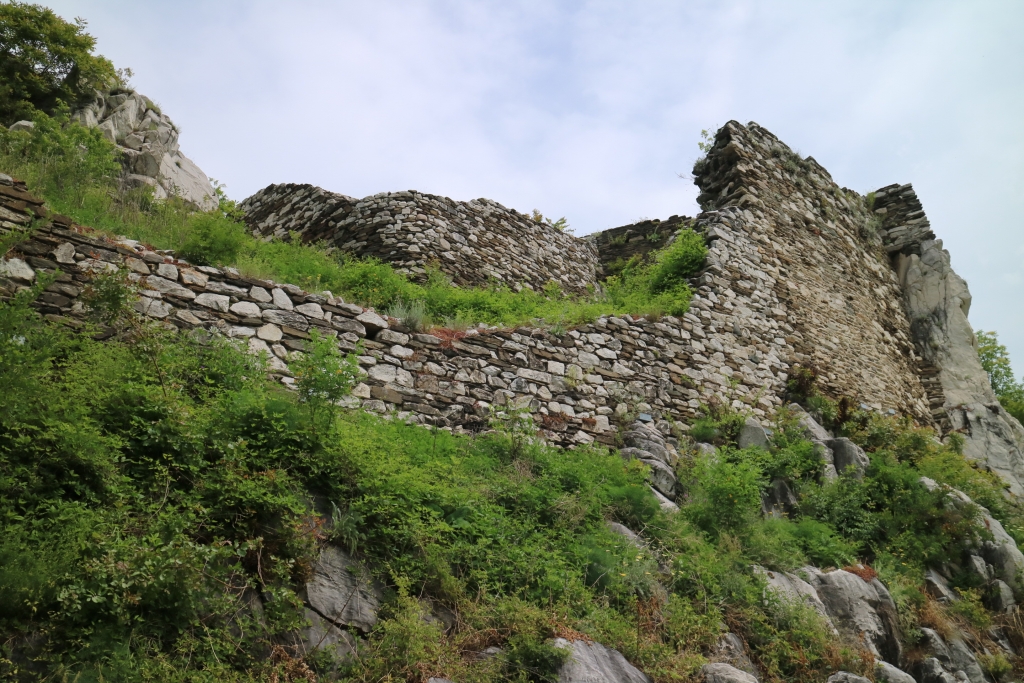 There are some parts of walls still standing on several layers and even one or two premises with ceilings but apart from that, two things deserve real admiration. The first is, of course, the above church of Sveta Bogoroditsa Petrichka (The Holy Mother) built somewhere in the 12th century and renovated several times afterwords. Only parts of the murals are preserved inside but with a little effort one can imagine how it must have looked in the days of its glory. For me, presonally, the Byzantine style of religious architecture visible in the church building is always more fascinating than internal decoration. 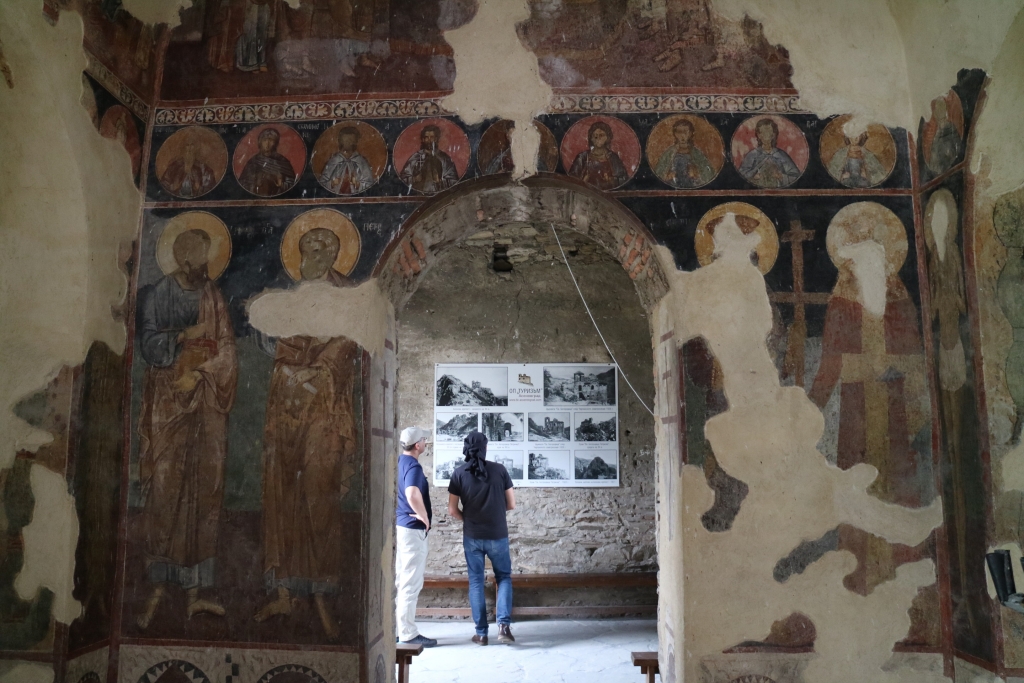 The second very iteresting feature of this site is the so-called Inscription of Ivan Asen. it is found on a big stone outside the former walls of Asenova Fortress and is nowadays difficult to read for both those who are terrified by the Cyrillic alphabet and those who have spent their 7th year at school learning to master its mysteries. Partly because the inscription has been open to the elements for some 10 centuries; partly because the language has changed tremedously since the Middle Ages. It reads, as experts say: “In the year 1231, the God-blessed Tsar Asen of Bulgarians, Greeks and other nations built this city”. Probably it is good that the inscription is un-readable today; or the southern international public relations of Bulgaria coul dbe put at risk… 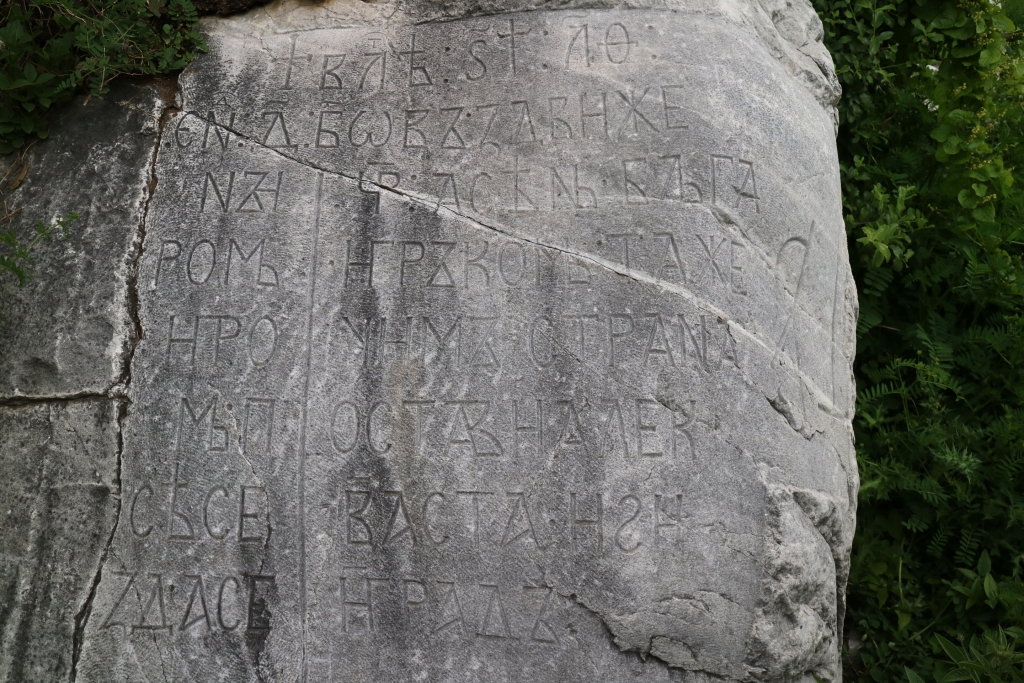 Did I say “only two things” that are remarkable about the Asenova Fortress? I take it back; we all must admit that the very location of the fortress is probably the most remarkable of its features. Maybe that depends on the season; maybe if the beautiful green and yellow and other bright colours are not around, it would not be so outstanding. But I doubt it. 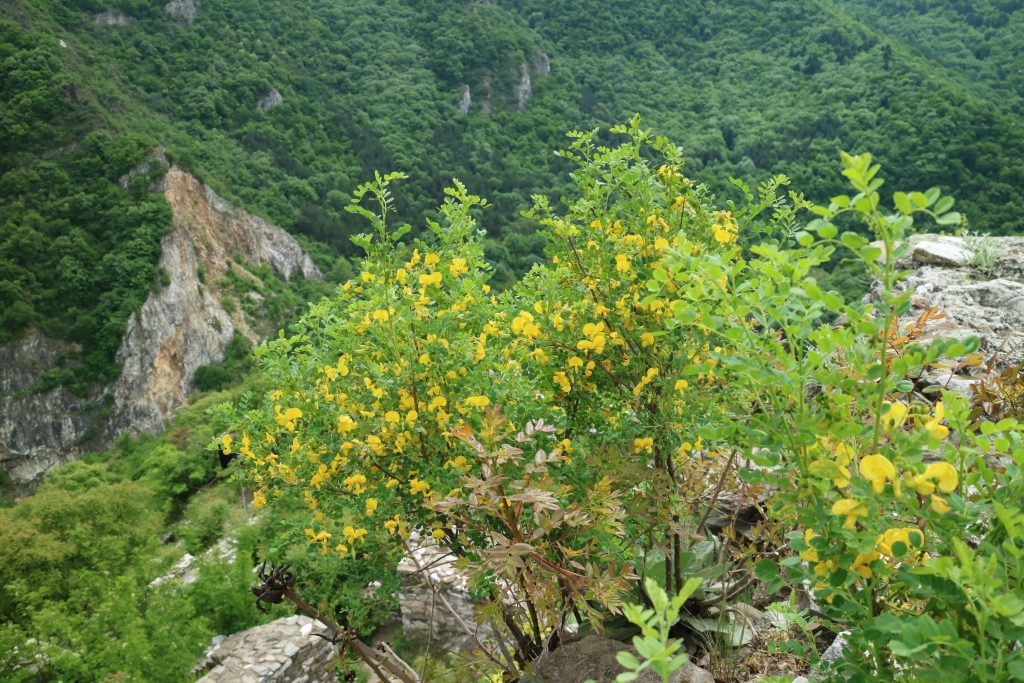