Five Favourite Destinations with D to the East

Five Favourite Destinations with D to the East

Manya’s ‘alphabet’ destinations continue; the alphabet is still at the beginning and many more interesting places await us. Today, it is the turn of several favorite Destinations with D to the East of Bulgaria, and in particular in Turkey, Jordan and the United Arab Emirates. 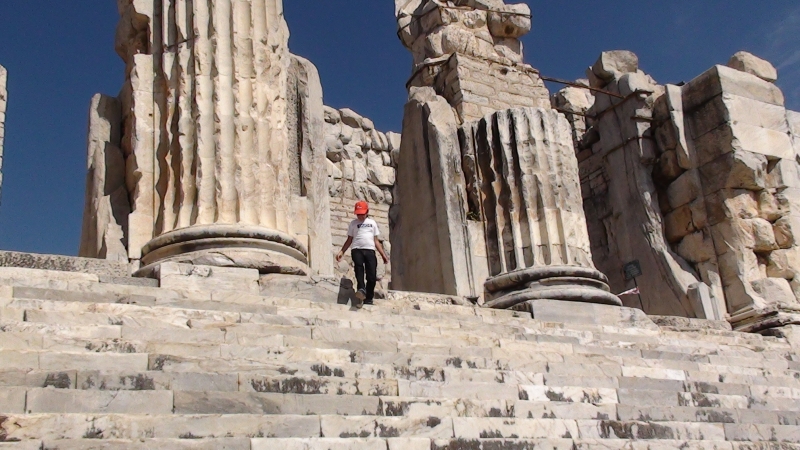 This meeting dates back to our first visit to our southeastern neighbor in 2009. My most vivid memory is that the huge temple of Apollo, impressive even in its state of ruin, was practically hidden in the center of the present-day city of Didim. Tightly packed with modern buildings, streets full of cars and motorbikes and lots of people. The crowds were probably the same in ancient times too, when the place was extremely popular with its two temples – the above-mentioned temple of Apollo and that of his sister Artemis, discovered in 2013.

Like any self-respecting ancient city, Didim also had a theatre, a stadium and all the other must-haves. However, the most impressive among them remains the Temple of Apollo with its gigantic staircases and columns. Sorry for the extra human addition in the picture, it’s just for scale. 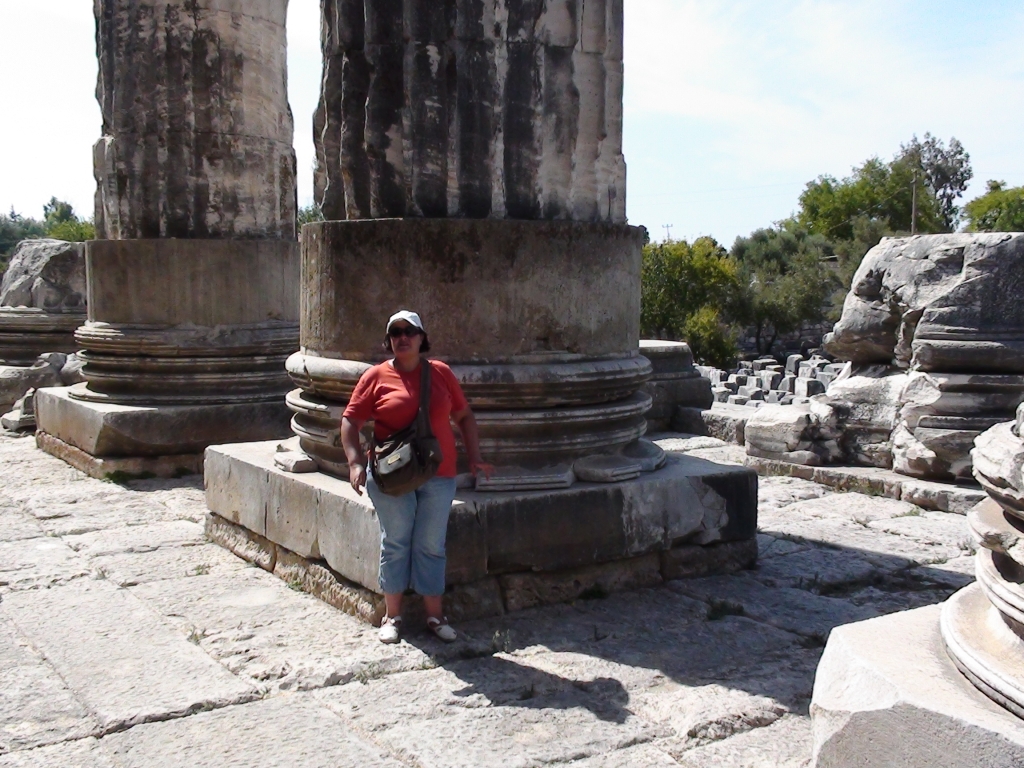 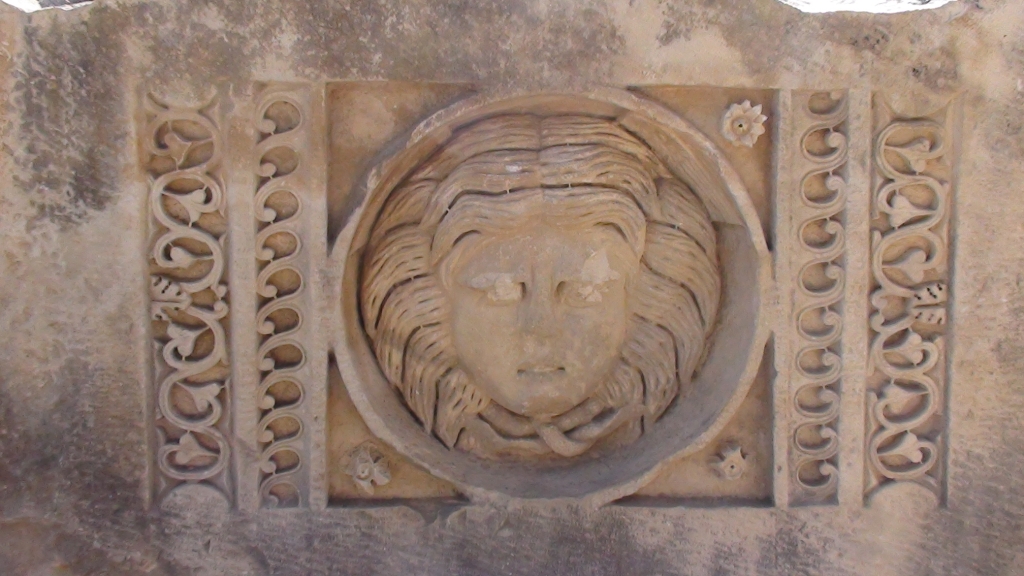 The meeting with the second of my favorite Destinations with D to the East happened during our next trip to Turkey, in 2011. Then we went around the southern coast and naturally stopped at the city of Demre, which is the successor of the ancient Lycian city of Myra. If you like the Lycians, you would know that we remember them mostly for their habit of carving tombs in the rocks, the facades of which resemble Greek temples. Sometimes we see the facades high up on the steep slopes, which makes us wonder not only how they made them, but also why they’re there.

I primarily shot video that year, and my photos are scarce. Turns out I don’t have any on the famous facades of the tombs in Myra. Nor the church of Saint Nicholas, which the locals claim was the original source of the idea of ​​Santa Claus. I can only offer you fragments of the ancient amphitheater. 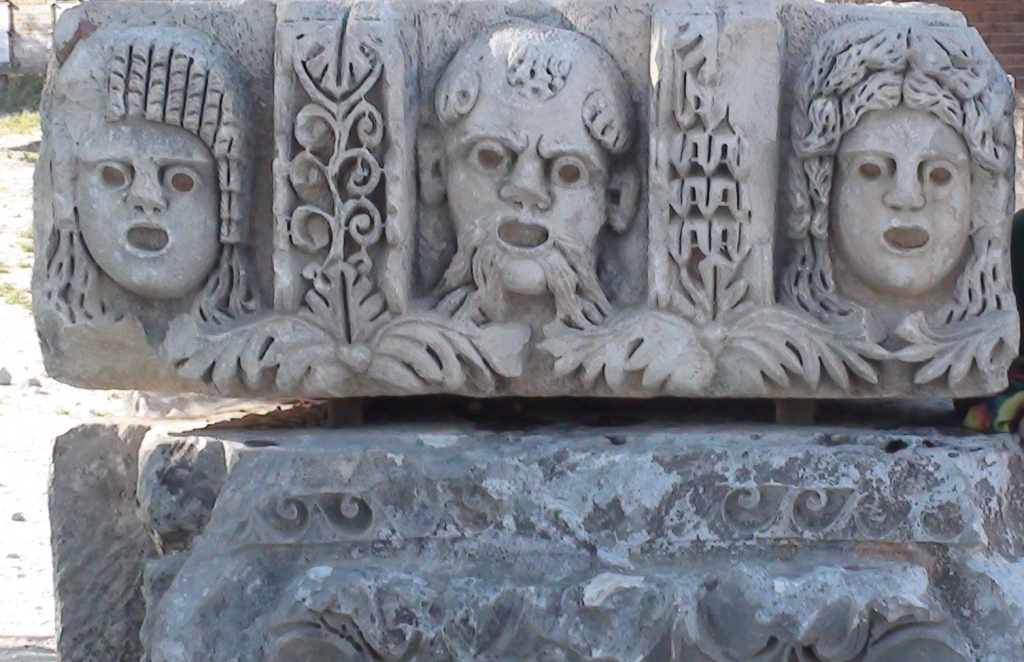 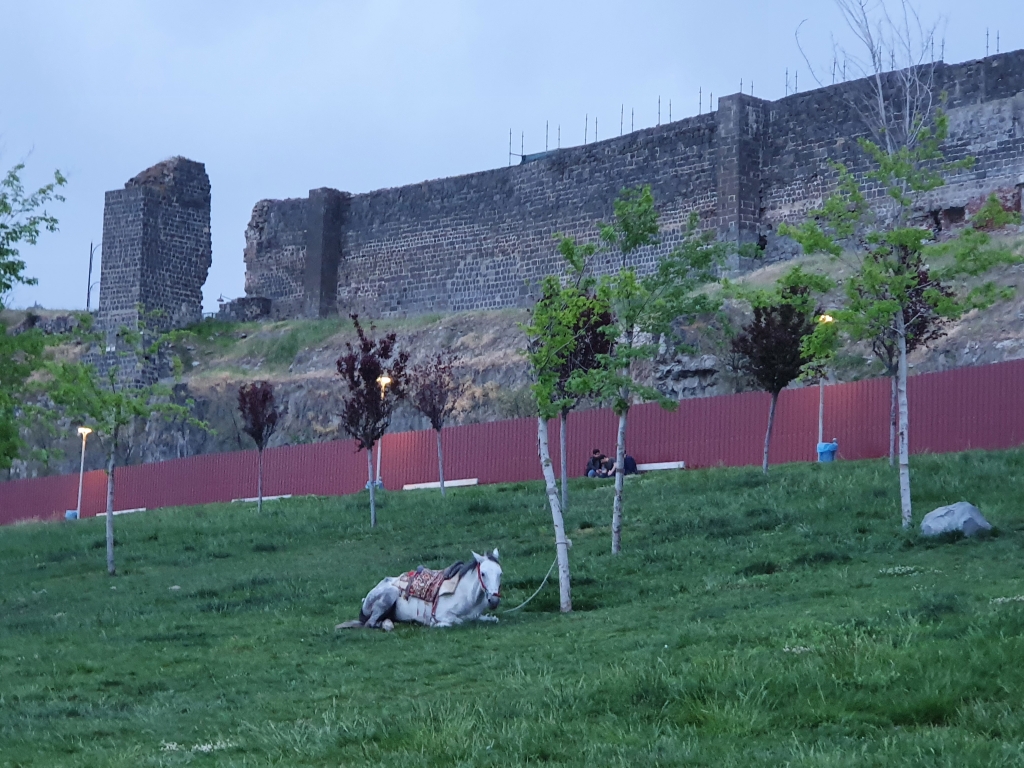 And since we have started, should I add something from Turkey 2022 too? I guess there is no Bulgarian who does not associate the name Diyarbakir with different times of history and the most terrible place of exile in the Ottoman Empire. Something like Siberia for Russia and even the entire Soviet Union. Today it is a modern and very pleasant city, hot on the heels of the neighboring two-million cities of Gaziantep, Şanlıurfa and Adana.

In my humble opinion, even today the Diyarbakir fortress is the most impressive thing in the city. Its size is particularly astonishing. Only parts of it have been preserved, but even a walk along the well-maintained promenade by the fortress walls can fill most of your evening. Well, including the stops for taking pictures in every direction. 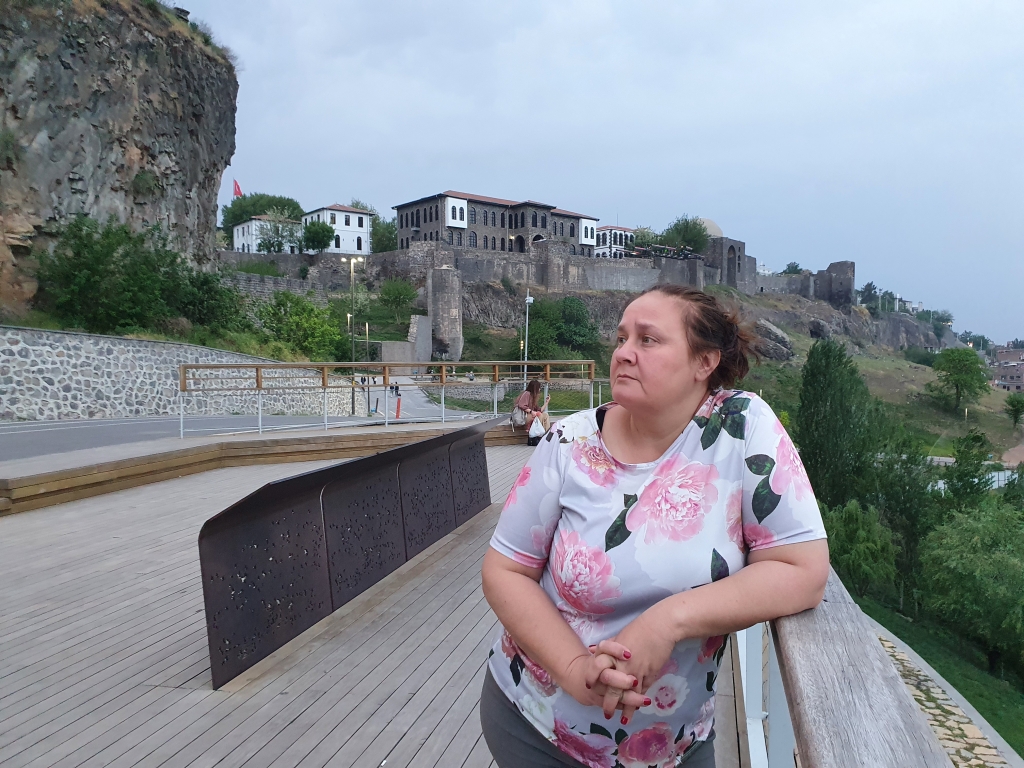 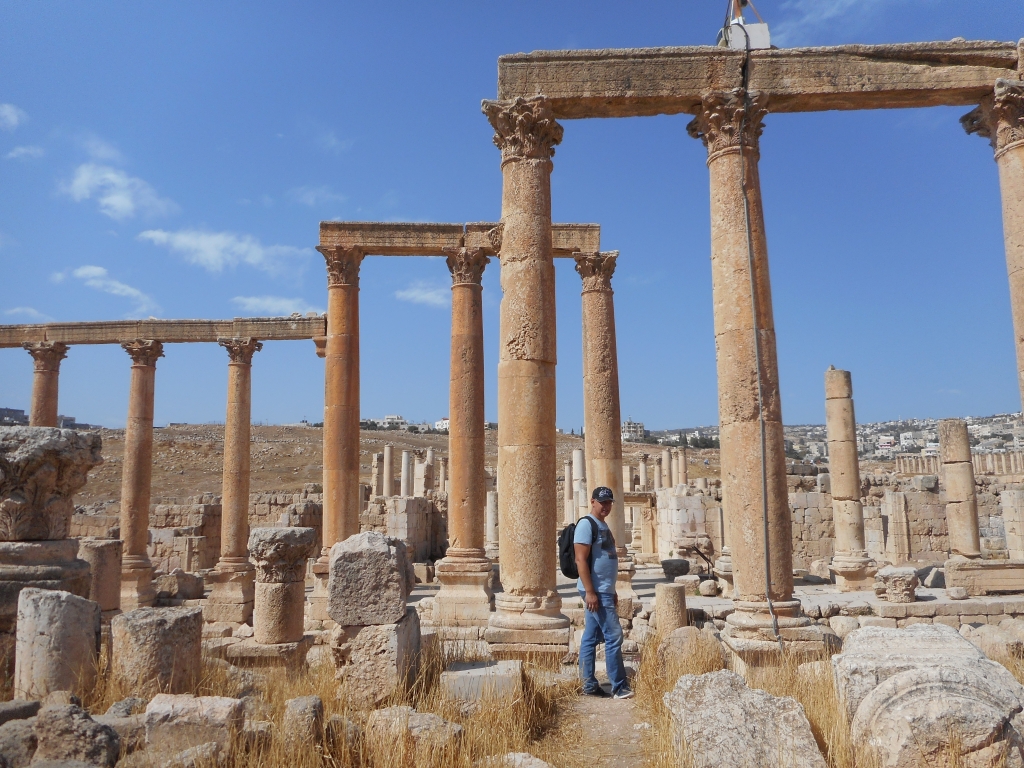 This article is a translation from Bulgarian, where the name of Jerash starts with a D. Couldn’t exclude it from the publication, forgive me.

Any ancient history geek knows the must-haves in a Roman city. S/he also knows that here, in this corner of the world, s/he can find the best-preserved theater, and there – the longest preserved colonnaded street. Jerash is best known for the so-called Oval Forum, a truly imposing sight, and you can see it for yourselves in the cover photo of the article. But there is so much more out there. A huge hippodrome. Two front gates, one for Emperor Hadrian himself. Two amphitheatres. Nymphaeums. Temples. Streets at the precise right angle. Jerash demands, and deserves, a lot of time. 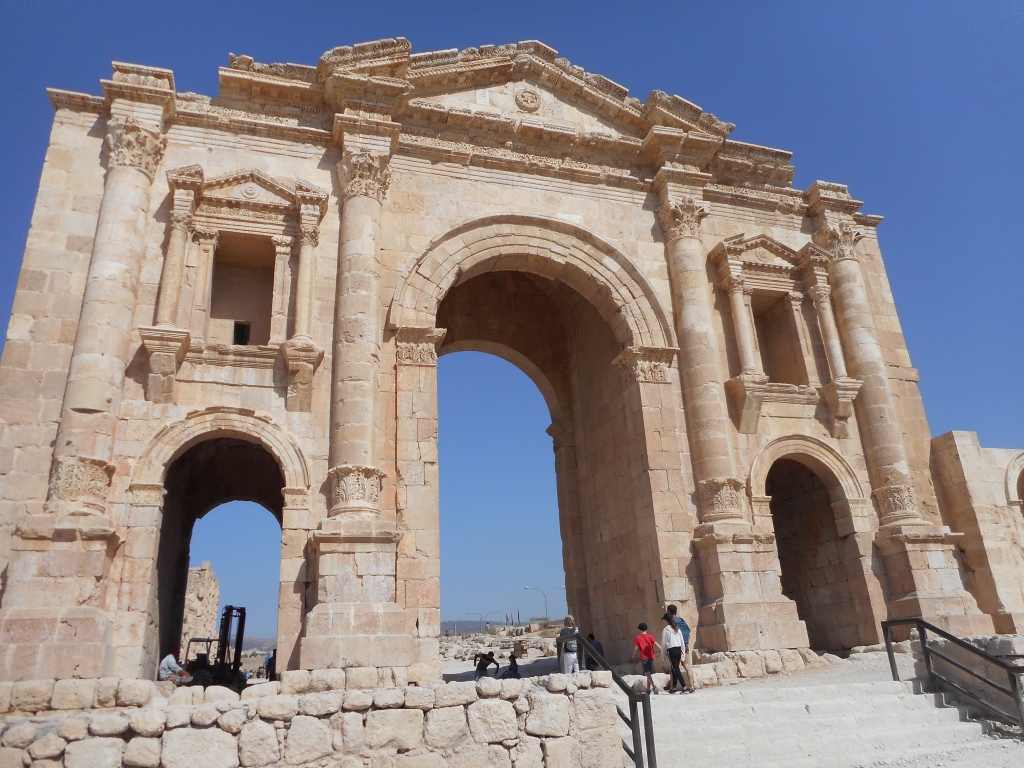 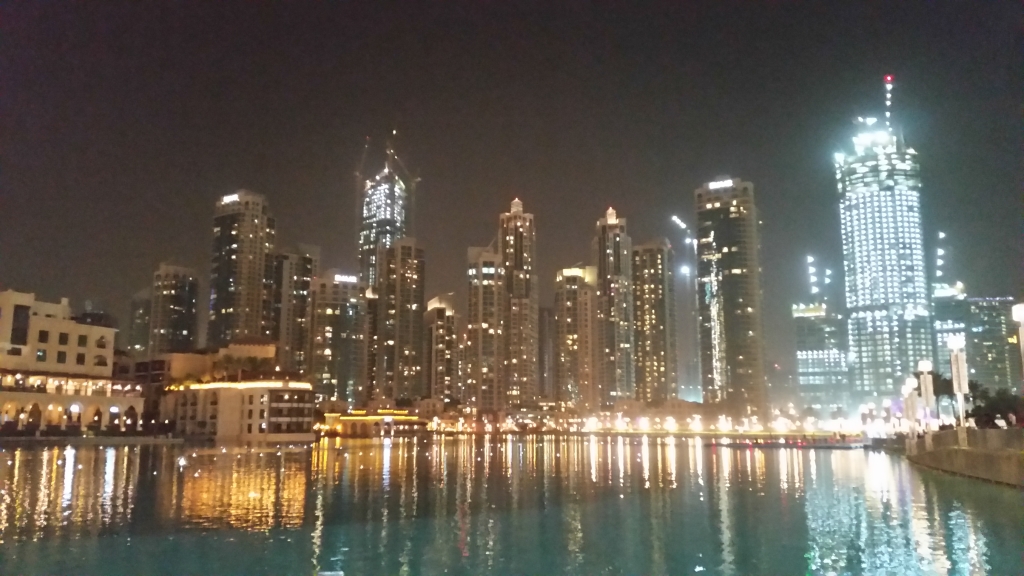 For the grand finale of my ranking of favorite Destinations with D to the East, I naturally chose one grand destination. I call it “the land of the most”. Here is the tallest building in the world, the largest mall and other most-things. The place with the highest temperatures I’ve ever been to. And the place where I least wanted to go, but I ended up there by chance and I don’t regret it. A visit to the Emirates is like a textbook on international marketing. On the things you can achieve when you have mostly sand and the Indian Ocean. Well, and money.

Dubai is a must see. Just don’t do it in the summer. Temperatures hit 50 degrees Celsius and although everything is air-conditioned, one cannot spend all their time in the hotel and the car. And don’t forget to stock your bank cards well! 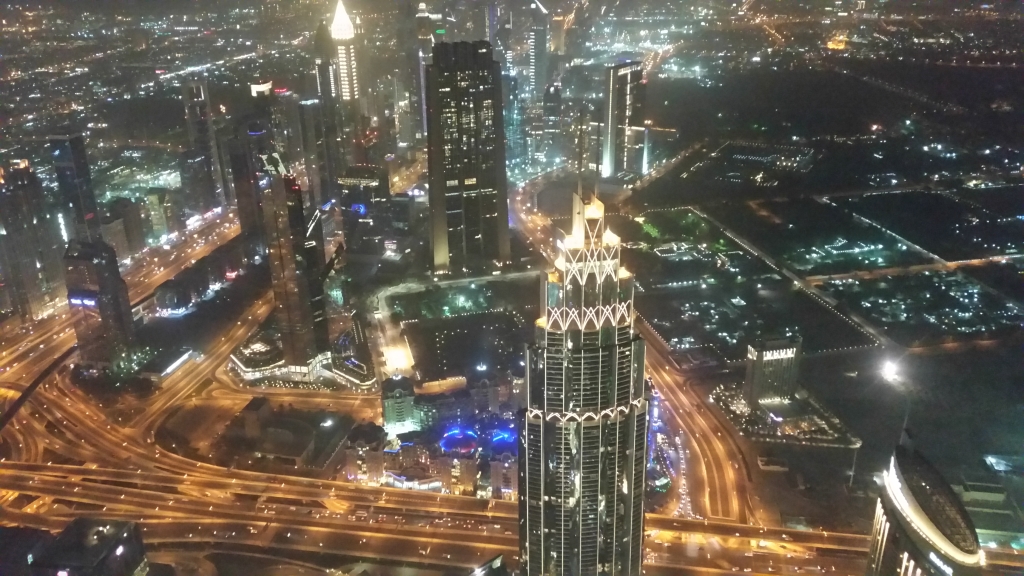 More recent posts from Turkey, you may find here, here and here.