At the Lovech Museum

At the Lovech Museum

Lovech is one of the five Bulgarian cities with the Varosha district. The Varosh-es are usually centers of ancient architecture, historical memory and museums. Often – plus a delicious meal, but today we have not come here for that. Today we are guests of the Regional Historical Lovech Museum. We stop first at the Ethnographic Complex, which you can not miss. Apart from being equipped with a sign, I think it contains the most impressive house around. The front looks like it has three floors, but this is from the cunning use of the natural slope. The “first” floor is actually the cellar. 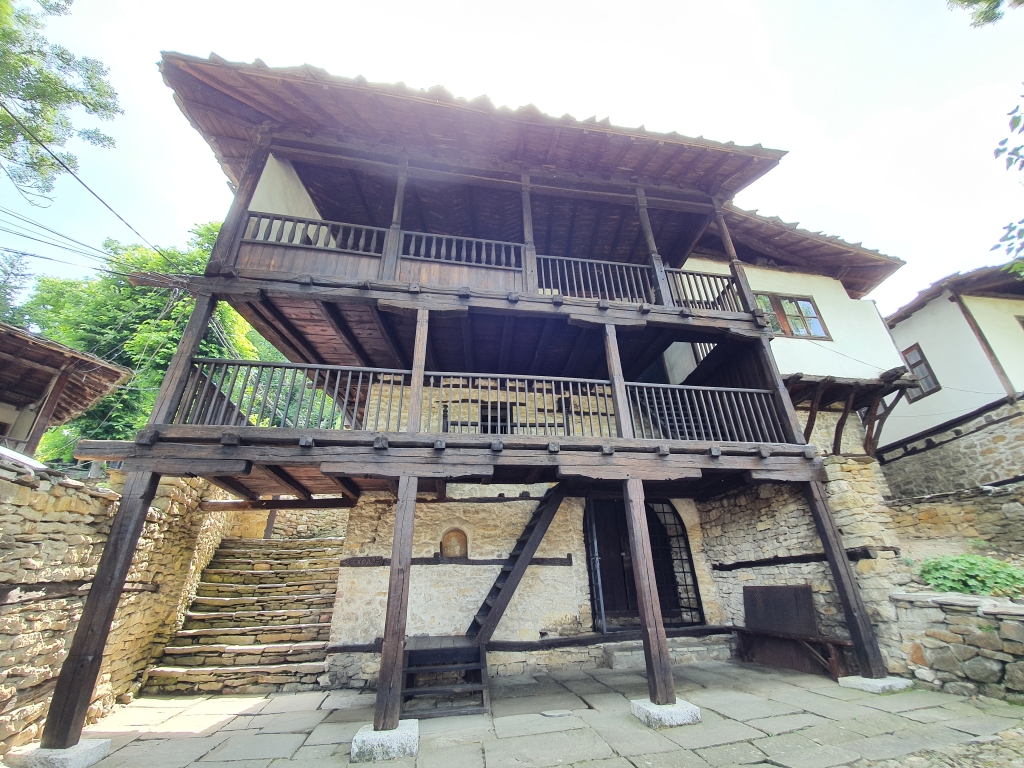 The complex includes two neighboring houses, which will show you curious features of the local life during the National Revival Period. Some may already be familiar to you, such as the fireplace with the low table and small three-legged chairs, where the whole family gathered for a delicious meal. The living room with, on the contrary, a high table and modern chairs. The bedroom with a huge wooden podium, which served as a bed of the whole family. We modern people may wonder how everyone slept together on this ‘mattress’, especially with the baby cradle next to it. We know the habits of babies at night. 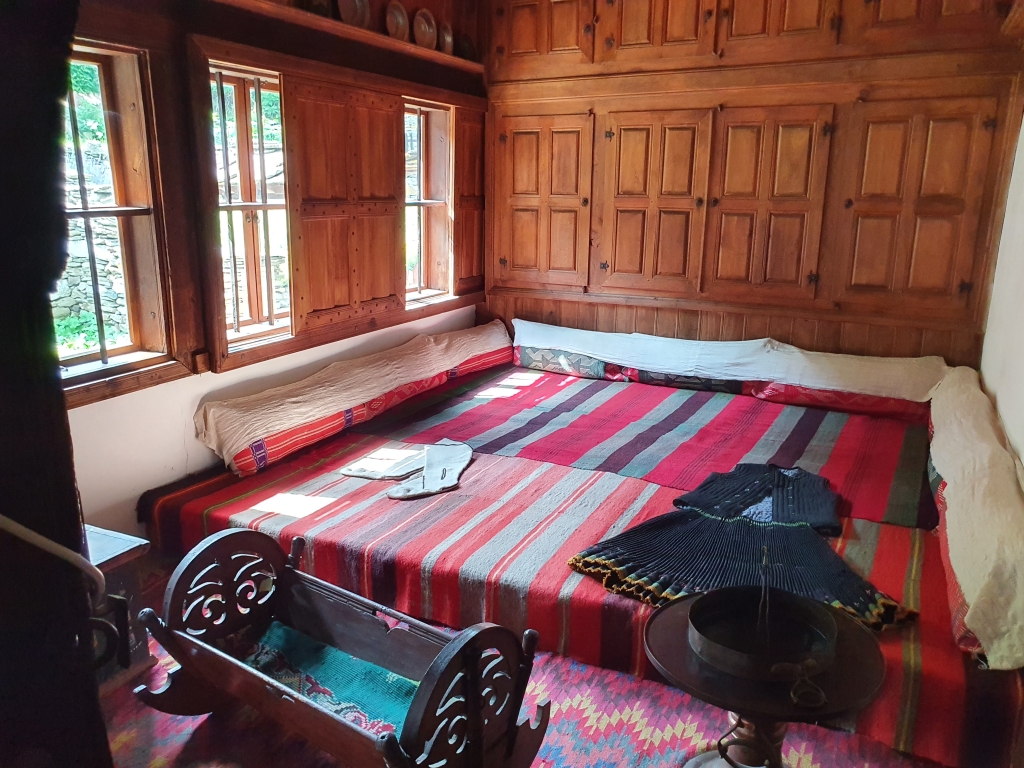 You may also be wondering exactly how the supply of babies took place during this common family sleep. The curators of the Regional Lovech Museum will answer you immediately. The house has a revolving “honeymoon” room. With a special metal bed and other pampering, probably designed to create a romantic atmosphere. Beautiful wooden chests and embroidered towels, fancy slippers for the bride. When the next son in the family got such a bride, the couple was accommodated in the “honeymoon” room while fulfilling their duty to the family. Then they had to be moved to the common mattress. 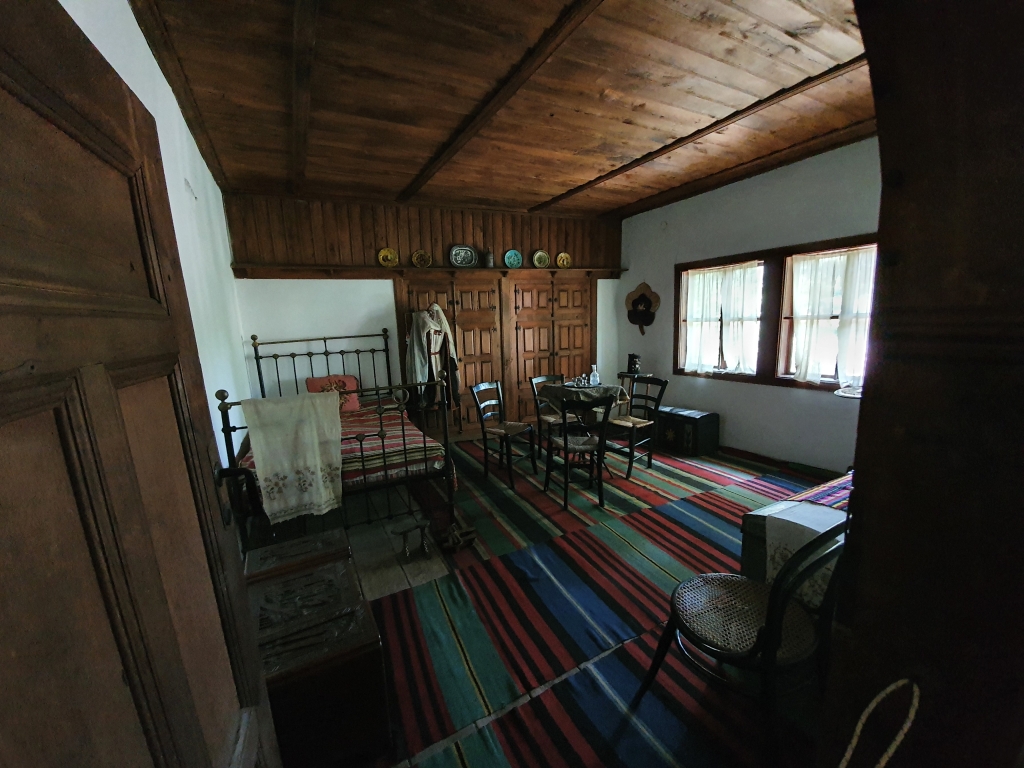 In the Ethnographic Complex you will also see the typical “female” room, which was actually the workshop of the house. I have always been astonished that, according to ethnographers, men had a “craft” and women had a “domestic female occupation”. At the same time, a rug, a carpet, an embroidered towel or a whole costume is not inferior in beauty or difficulty and craftsmanship to a painted pitcher or a carved wooden chest. Evidence is everywhere in the house, from rugs on the floor to linen sheets and curtains with lace and crocheted cabinet covers. 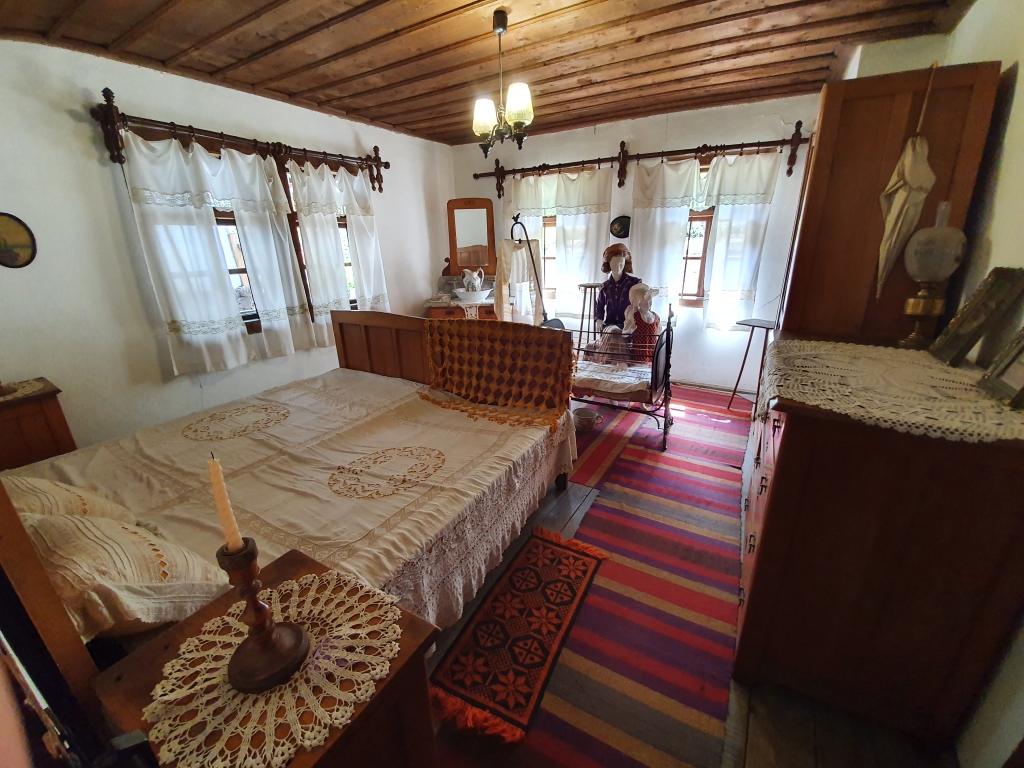 It is time to pay attention to the other sites of the Regional Lovech Museum. The next one is very close. This is the Vasil Levski Museum dedicated to the Bulgarian hero and fighter for the liberation of Bulgaria from the Ottoman Empire. The museum occupies a completely different socialist-style building from the middle of the 20th century, which, despite everything and somehow strangely fits into the spirit of the National Revival district. In the exposition you will find many photos and documents related to the activities of the Apostle, as well as to the specifics of the historical epoch and the national liberation struggles in general. 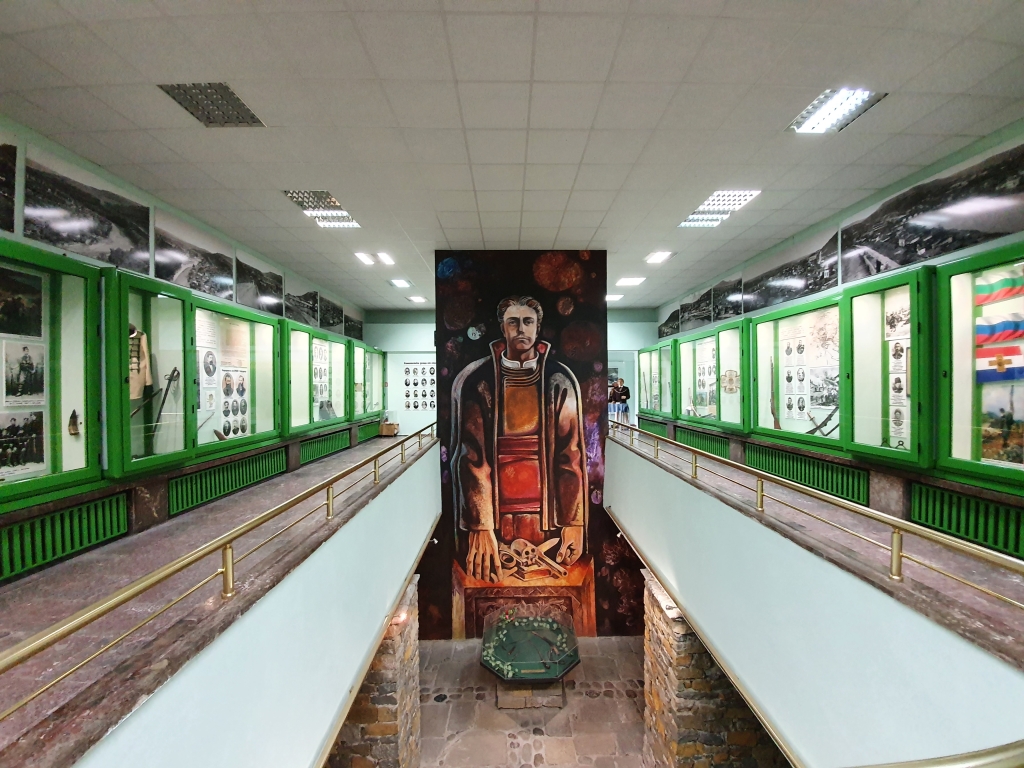 Just above the Vasil Levski Museum, you will find the church of the Varosha Quarter which is not part of the Regional Lovech Museum, but I advise you to visit it anyway if you have the time. From there, the stairs to the top of the hill begin, where you will be greeted by the Apostle of Freedom in full length. The monument is a favorite place for photos of all visitors. You will also be greeted by the Lovech Fortress, also called Hisarlaka, as well as great views of the city below and its surroundings. 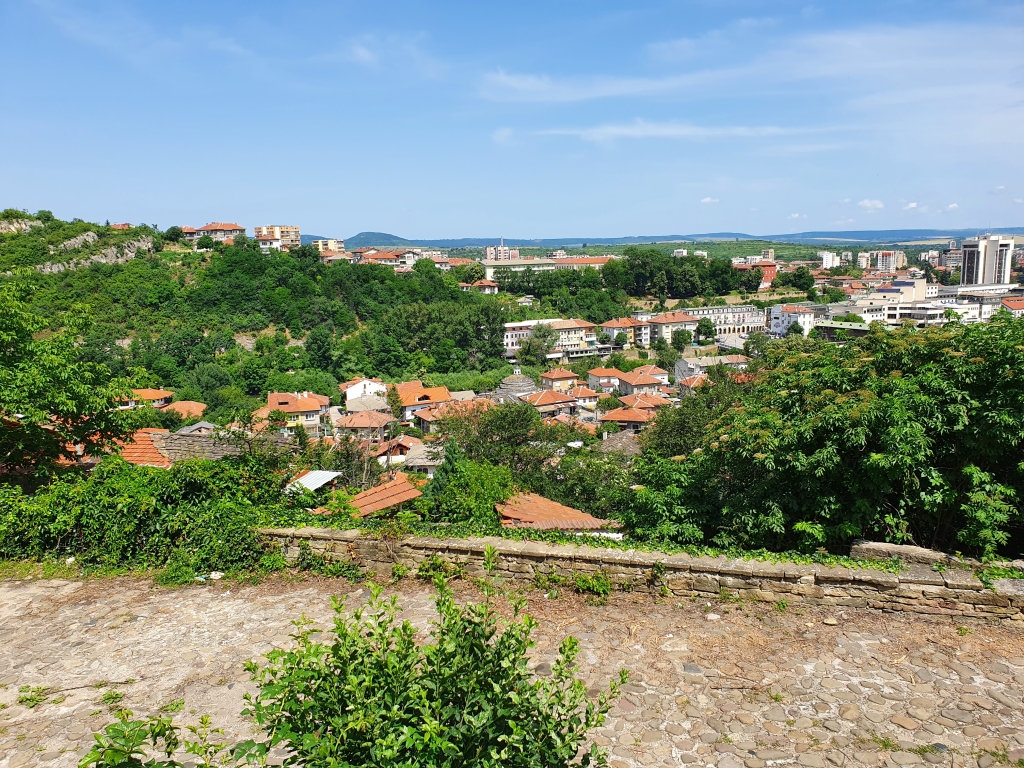 The fortress dates from the First Bulgarian Kingdom, although there are traces of earlier habitation. Experts claim that it was here that the armistice between the Assenevtsi brothers and the Byzantine emperor was concluded during the establishment of the Second Bulgarian Kingdom. As with most sites built of light stone and located on top of a hill, the recommended time to visit is not in the hottest hours of the summer days. You should take time for a leisurely tour of the fortress, peek through the remains of residential complexes and churches, and enjoy every view.

If you really have time, do not miss the museum collection of Atanas and Vasil Atanasovi – the last site of the Regional Lovech Museum inside the town. They will offer you interesting samples of minerals, a collection of old radios and archeological finds from the area. And after that, do take the 20 kilometers to the village of Kakrina and the last museum site – Kakrina Inn, tragically connected with the fate of one of the most beloved heroes of Bulgaria. 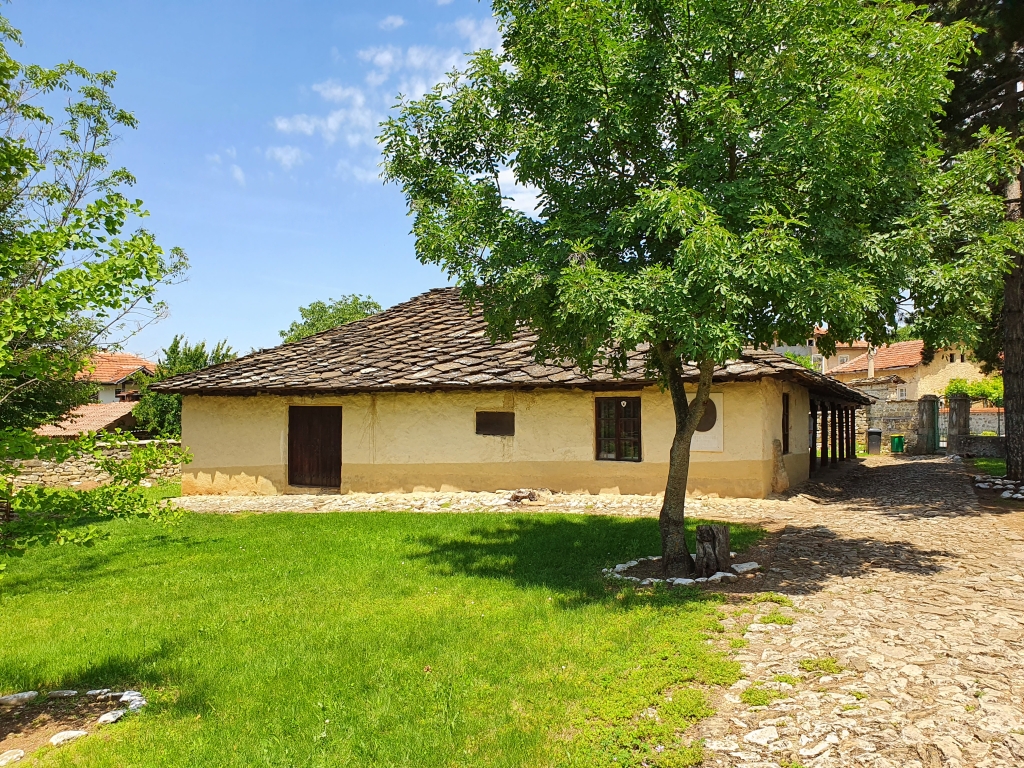 The building was abandoned for many years before being restored for museum purposes. The only real witness to the events of 1872 today is the old elm tree. But although the building is not original, the atmosphere is still there. Look at the restored counter of the inn, today we would call it the “bar”. Enter the room where the guests were served dinner before being accommodated on the wooden cots. Notice the place where the Apostle slept on his last night as a free man. Immerse yourself in the story. 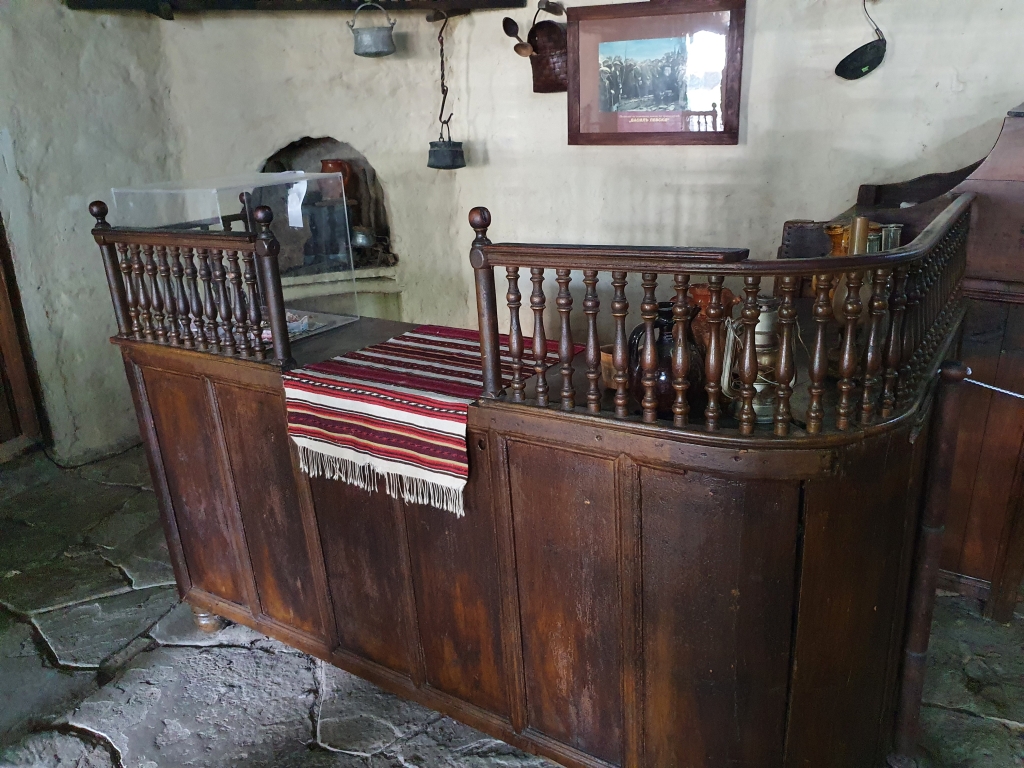