At the Pleven Museum

At the Pleven Museum

Once upon a time, the great Terry Pratchett had invented the literary hero All Jolson. A name owning to the effect that the character invariably caused in everyone who saw him for the first time. People looked at him and exclaimed, “Is ALL this Jolson?” The Regional Pleven Museum has the same effect on the careless visitor. Or rather the unprepared visitor. When priceless Google informs you that you have arrived at your destination, you look up and begin to admire the magnificent and, most of all, huge museum building. Don’t even try to put it all in a photo frame. You will not succeed. 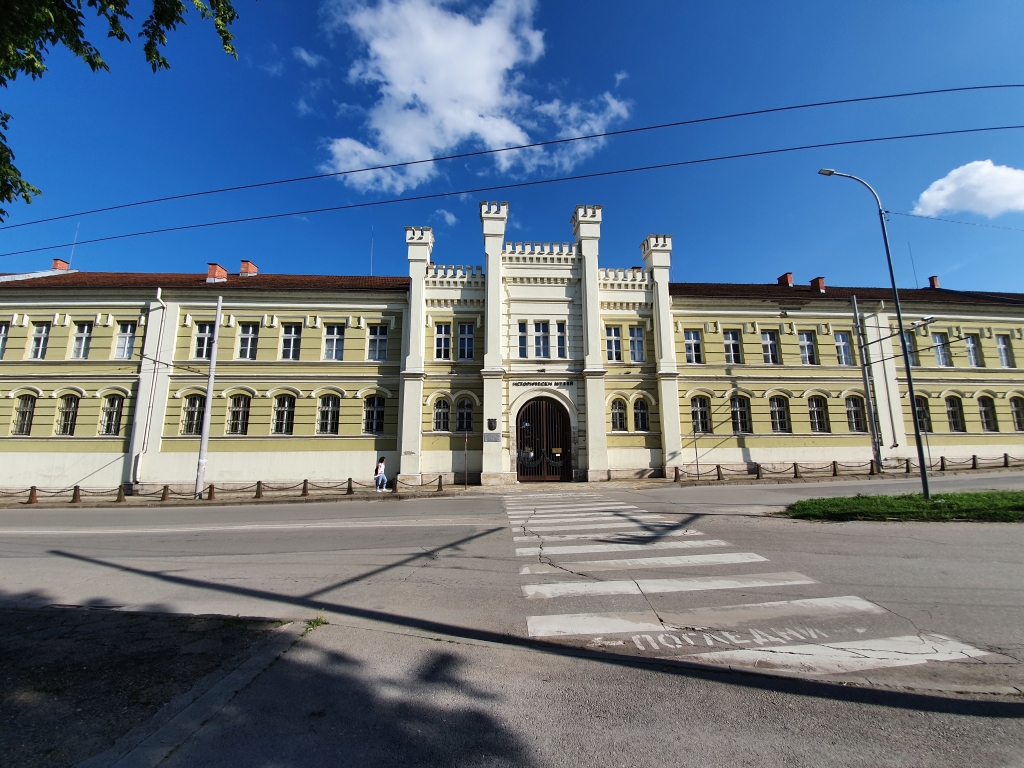 The building has its own interesting history. It was erected in 1888, one of the first buildings in Free Bulgaria, for the needs of the 4th Pleven Infantry Regiment – here better known as “The PPP”. This fact usually astonishes guests, as the building can least be related to the idea of ​​military barracks. Since 1961, the School for Reserve Officers of the Bulgarian Army has been located here, and since 1978 – the museum. The amazement will not leave you when you look to the back of the building, as there is a whole “hidden” park there, with lapidarium, flower gardens and even its own open stage. 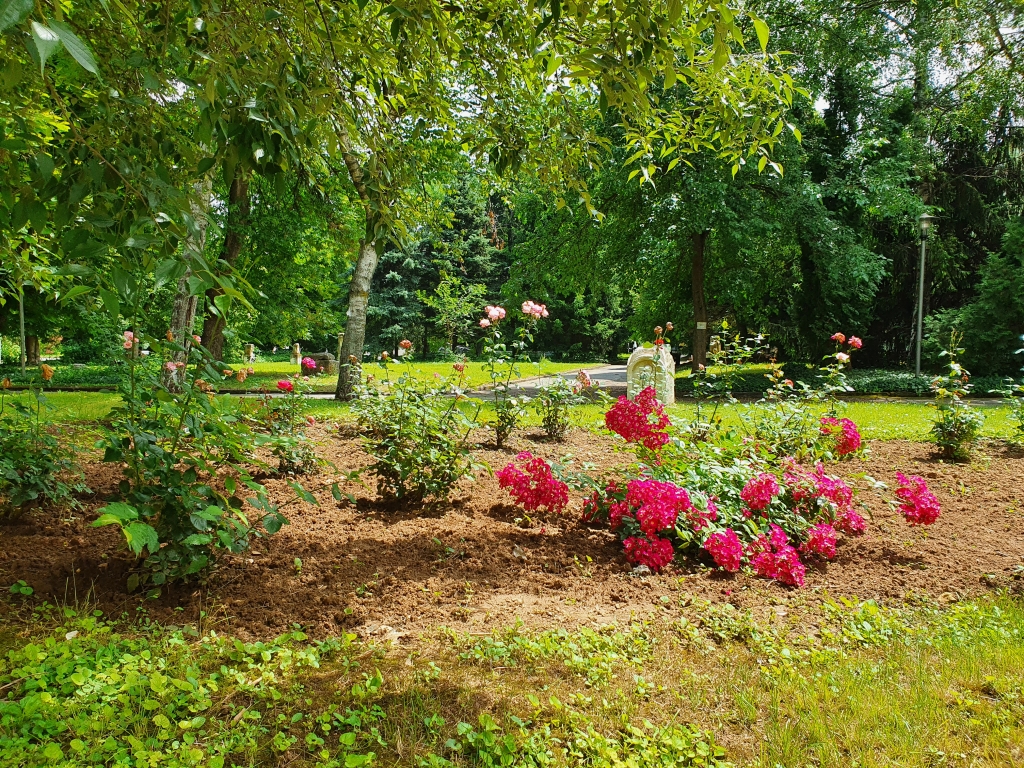 But let’s go inside. The Pleven Museum is the owner of priceless treasures, as it is expected from such an institution. The exhibitions are grouped by historical periods and each guest can pay as much attention as they want to the exhibits and the times that excite them. In the Prehistory Section, for example, you will find the entire original find of a house from the Copper-Stone Age (over 3000 years BC) from the area of ​​today’s village of Telish. Decorated with large quantities of ceramics, which still look ready for use. If you are wondering what the strange strainer-like vessels were used for, it is assumed that prehistoric people burned aromatic herbs inside to repel insects. Some things don’t change, do they? 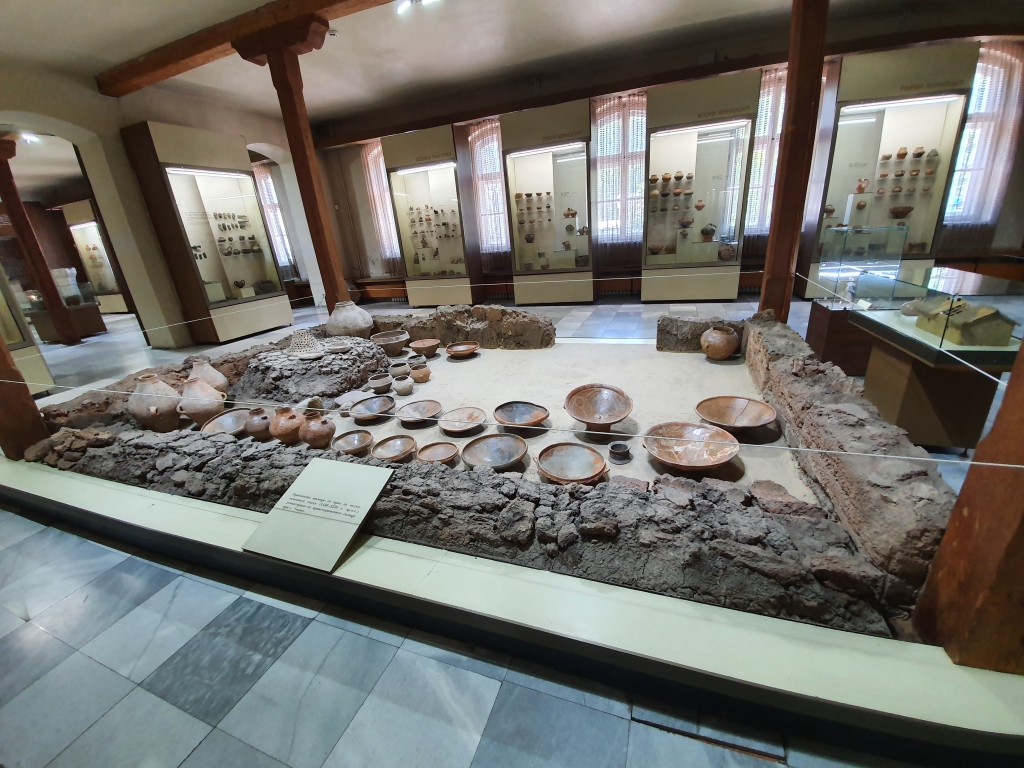 The ancient period is represented by Thracian treasures, vessels in the form of clay heads and cups with faces, stone sculptures, beautiful mosaics, carved sarcophagi and many other ancient finds. Most of the artifacts from the Roman period come from the ancient city of Ulpia Oescus, which is located near the present-day village of Gigen. A powerful and important city in the ancient world, first associated with the local Thracian tribes of Tribali, and later with the Roman province of Lower Moesia. Personally, I liked most the giant glass vessels (or at least giant for the period of 1-2 century AD), as well as the masterfully made head of a statue, probably of a local nobleman. 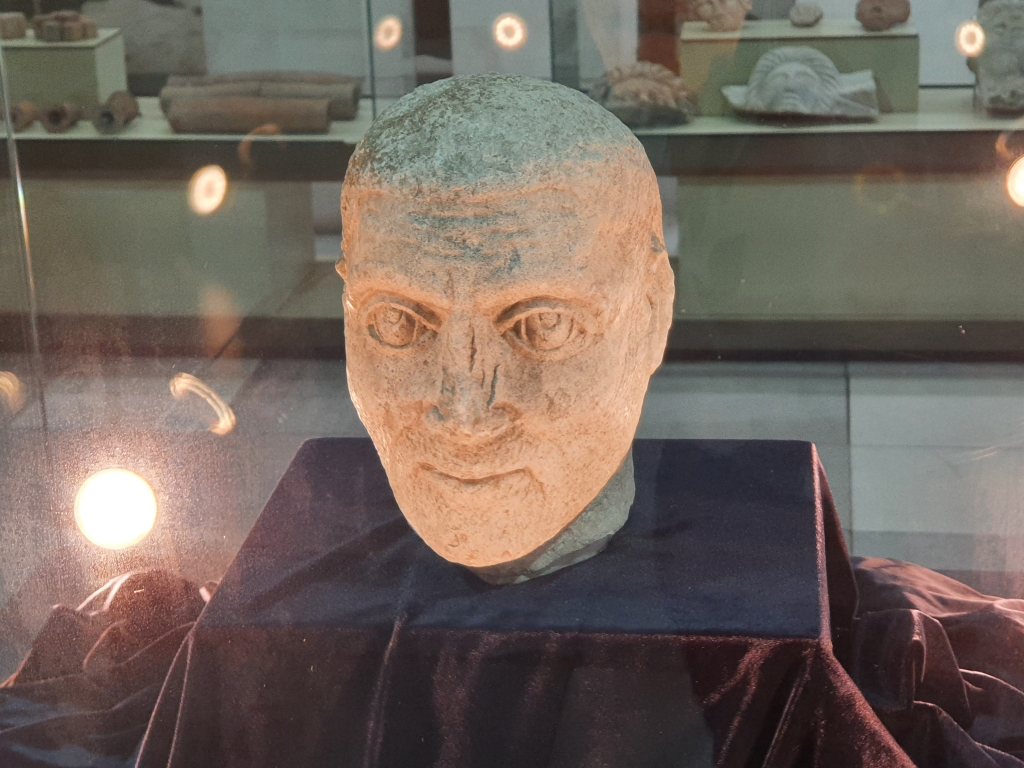 The journey continues through the Bulgarian Middle Ages and the following centuries of Ottoman rule. During the Revival Period, Pleven became an important economic center for Northern Bulgaria, which affected both the personal and public life of the local population. This, in turn, is reflected in the expositions of the Pleven Museum. You will see tidy “rooms” of town houses, as well as an “alley” with fashion shops, a “bulletin board” and a craft “stand”. You will find out what the local girl had to wear on her head on holidays. And if you haven’t seen the special scissors for extinguishing candles, here they are! 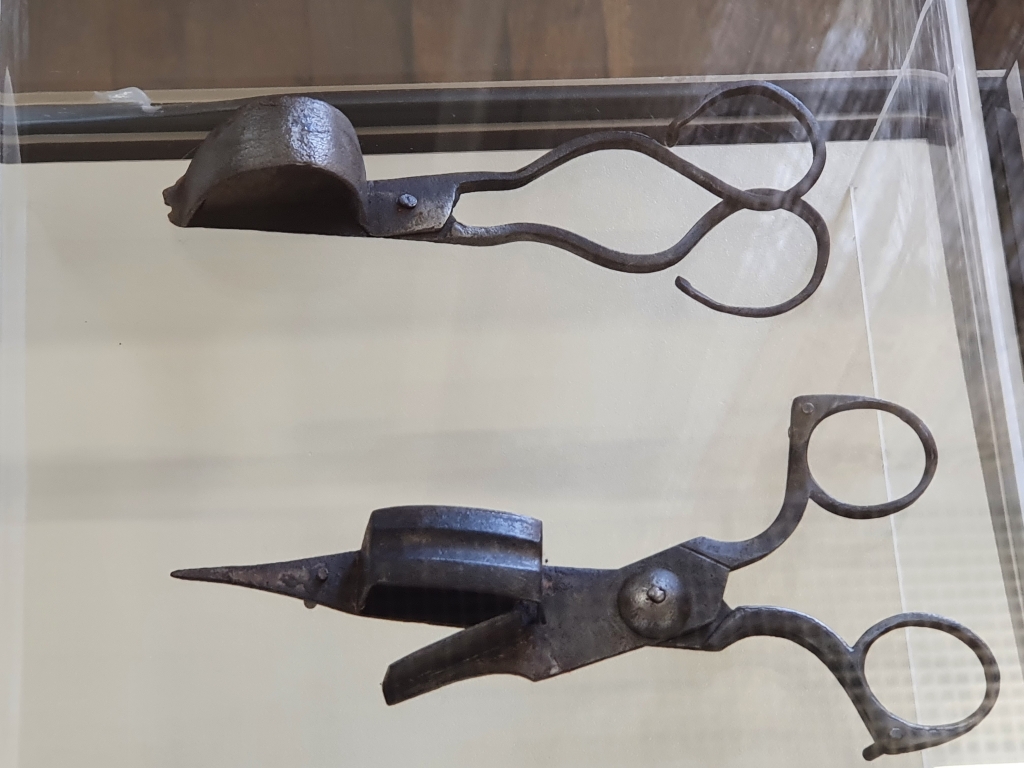 In a separate hall, you can get acquainted with the cultural life of the city from the recent past – posters, photos from performances and even real props. Especially exciting is the Gena Dimitrova Hall, which tells about the life of this remarkable woman and singer. There can be no doubt in the feelings that the people of Pleven have for her. Against the background of recordings with her gentle voice, you can look at her life in photos and documents, and try to imagine what it’s like to reach such heights of sound, loaded with heavy costumes of the opera plot. Just pay attention to the huge “crown” on the concert stage. 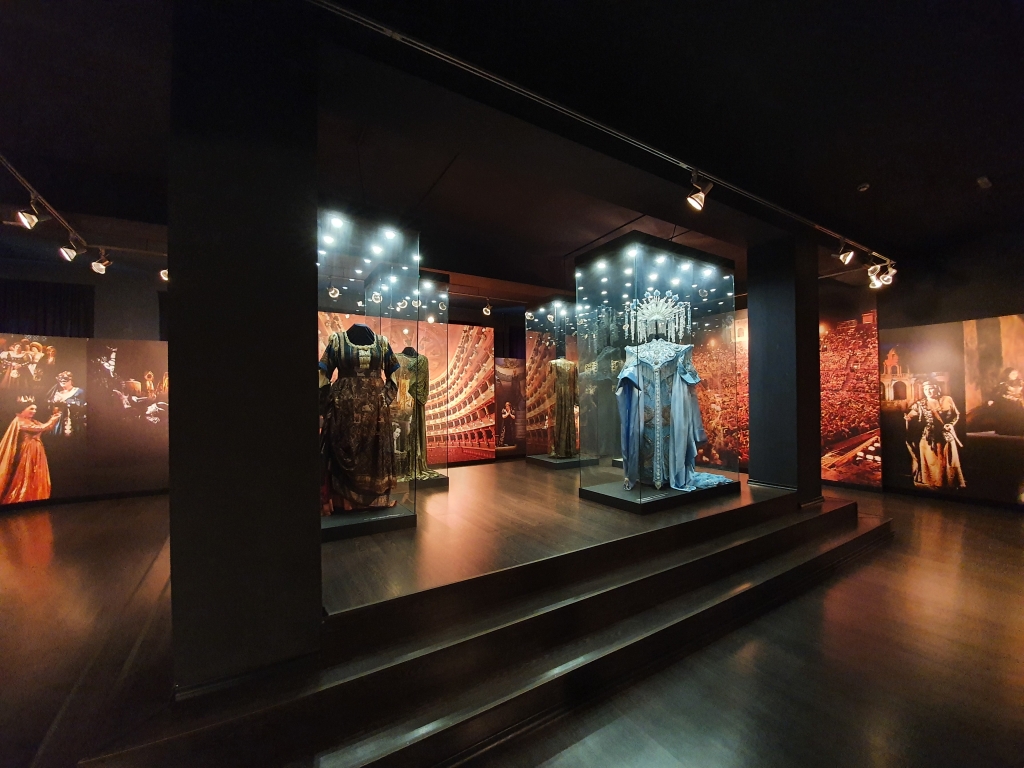 The Regional Pleven Museum, unlike most of its “brothers” in the country, has a Nature Department in addition to historical exhibitions. Dedicated to inanimate and living natural heritage. The first you will find expressed in rocks and minerals. The second – in fossils, museum preparations and models. A certain surprise is the collection entitled “Fauna of the Mediterranean”, which is purely geographically a bit questionable in Northern Bulgaria. That must not stop you from checking it up, there are a lot of curious specimens inside. Otherwise, the exposition is oriented mainly to the area in which it is located. 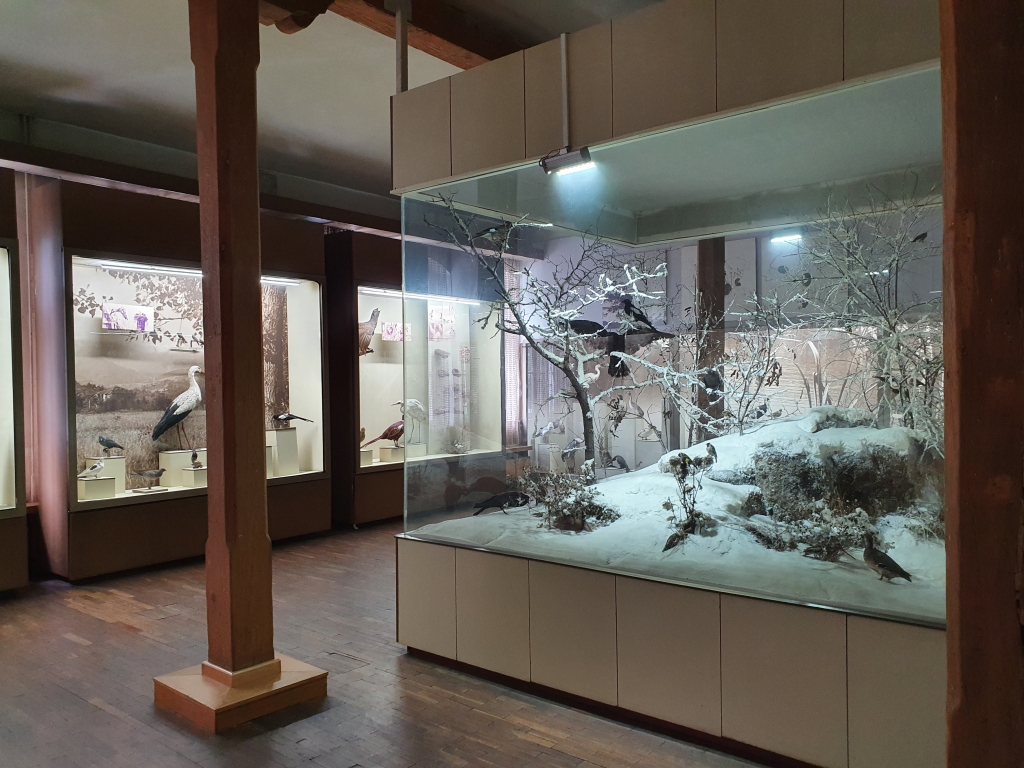 The museum almost always has temporary exhibitions – own or visiting. If you are lucky, you can see the special exhibition dedicated to the Bulgarian Catholics from the Diocese of Nikopol. The Pleven Museum experts have collected amazing exhibits through a long tour of the villages with Catholic communities in Northern Bulgaria, with interesting names such as Tranchovitsa (the Thorn Village) and Petokladentsi (the Village of the Five Wells). Among them are many photos and documents, but also clothes, a map of the family tree of a Petokladentsi family with the descendants of the brothers Luiggio and Andrei Banchevi, as well as the Abagar (first printed book) of Filip Stanislavov. Do not miss the manual machine for cutting Hostia (special ritual bread) and the device for its baking. 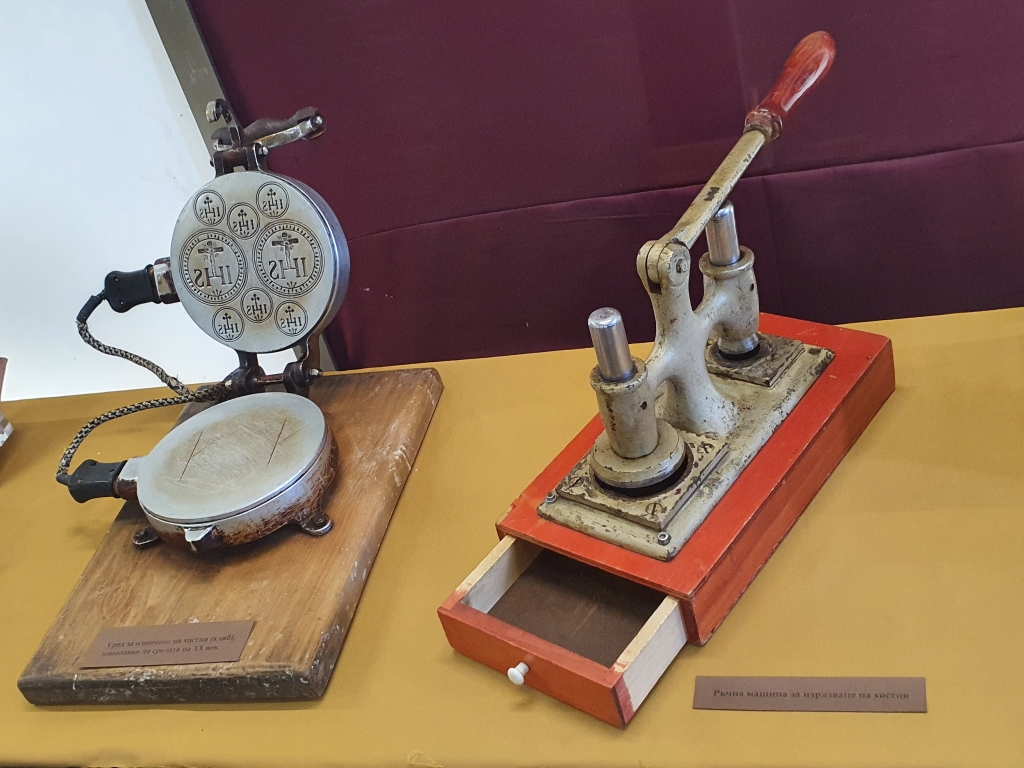 If you have missed my articles about other museums, you may find them here.