Five favourite destinations with D on the Balkans

Five favourite destinations with D on the Balkans

Manya the Tourist’s alphabetical destinations are still in their early days; here we are just starting the fourth letter. As usual, I remind you that my outstanding places are not universal, everyone has a different taste and connects their travels with different emotions. But, again as usual, I hope my choice is interesting for you. So, five favorite destinations with D on the Balkans:

An amazing place. I recommend that you access to via the established route from Athens, and not as we did – through the mountains back from the Peloponnese. It was very beautiful, I admit, but we got lost twice and traveled twice as long as planned. Get ready for a dramatic landscape. The seat of the Oracle is climbing the face of a rather steep and rocky slope. You have the feeling that both the buildings (whatever is left of them), and the theater, and the sites of the temples are clinging to it with a force equal only to that of the clinging trees and bushes. The ancient Oracles must have been in exceptional physical shape. My biggest surprise was the huge stadium where the Pan-Hellenistic Games, similar to the Olympic ones were held, I had never heard of them before. 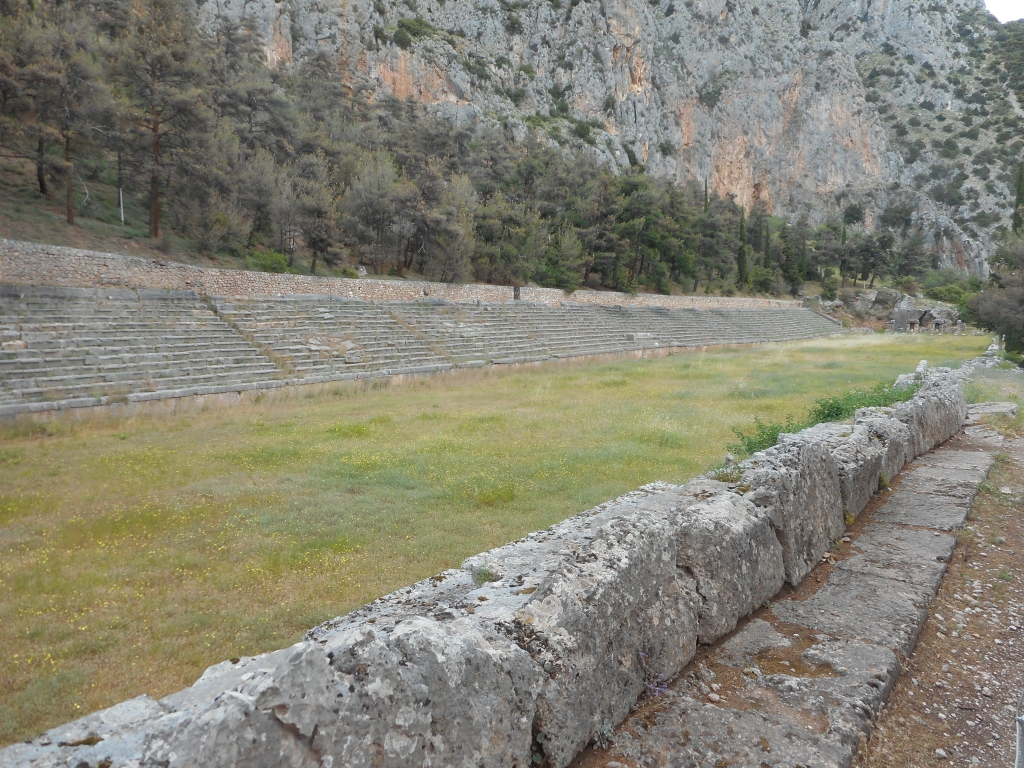 The special stadium for the Games of the Delphi Oracle

Among my favorite destinations with D on the Balkans today, this one seems to need the least additional presentation. Surely there is no one who has not heard of the fortified medieval city, surrounded by a thick wall on which you can walk. On one side is the indescribable blue of the Adriatic, and on the other – houses and churches climbing one over the other with endless narrow streets between them. The fact that the city was recently the set for many scenes from the cult series “Game of Thrones” helps a lot, but even without that the place would captivate you once and for all. By the way, we hit a shooting period, but we didn’t see much of the film. Instead, we saw plenty of my favorite sea. 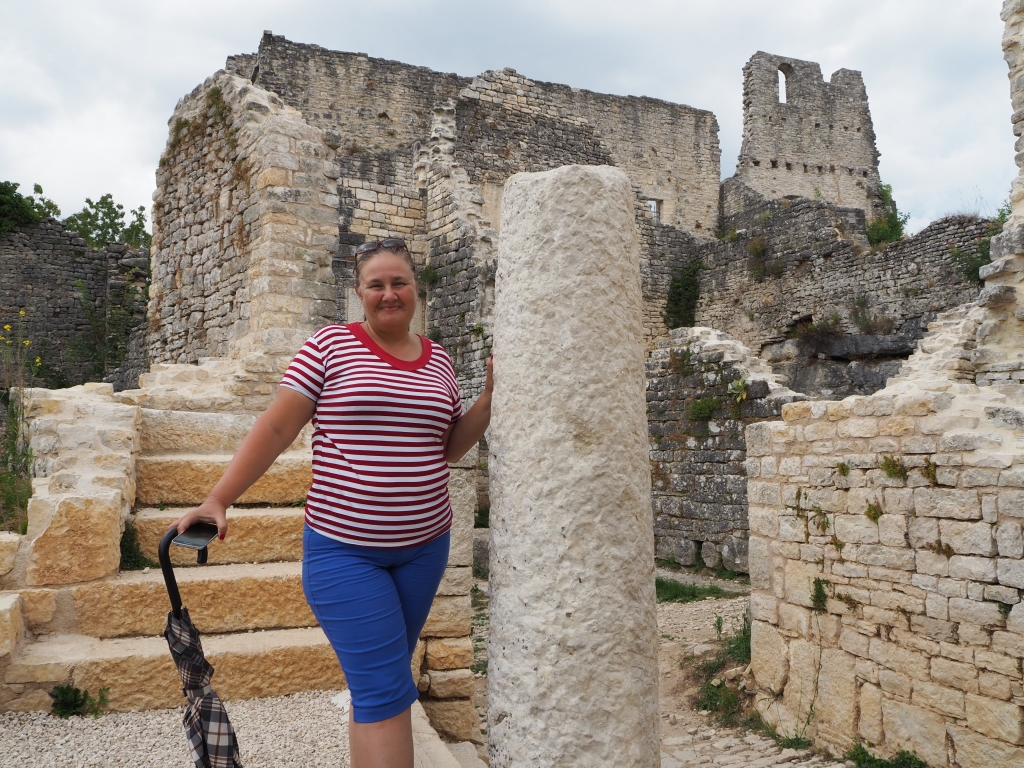 I assume that this place, in turn, needs to be presented. It is located in the region of Istria in the western part of Croatia, in the mountains north of the city of Pula. It is a medieval fortress from the 11th century – or rather its well-preserved ruins. So far with the facts. I want to share an emotion with you. The road through the mountains winds like a thin asphalt rope, surrounded by tall trees. Suddenly, on a straight section in front, a relatively wide platform opens up and the green intertwines with gray-brown colours. The air is like an appetizing dish. There are almost no people around and you feel like characters in a movie. A fiction one. I will say no more; just pay attention to the tower with a strangely cut corner. 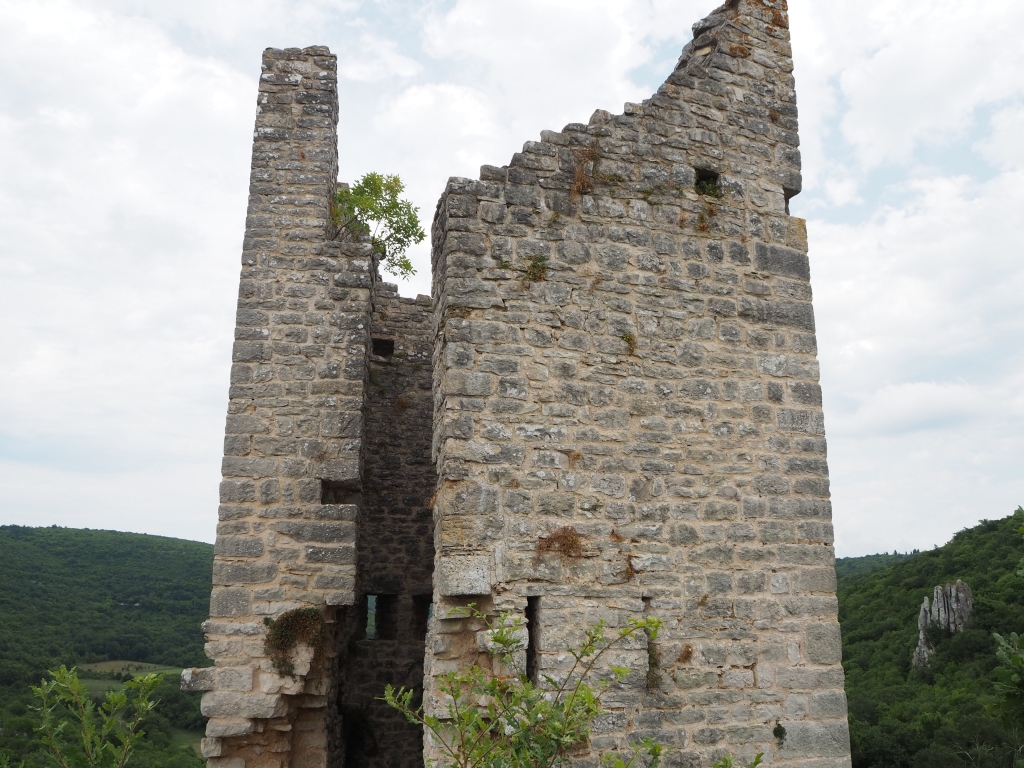 The other name of the city is Turnu Severin, you may have heard it like that, but I decided to include it in my favorite destinations with D on the Balkans, not to wait until I reach the T. The city is located on the Danube, saying Hallo to Serbia at the other side, and is better known for the famous Iron Gates – not very beautiful facility in the gorge of the same name, one of the strange memories of socialism. We preferred to see Drobeta with its beautiful houses, the water tower, the remains of one of the northernmost provinces of the Roman Empire and the fortress on the banks of the Danube. And the most delicious dessert I ate in Romania, I really hope you envy me despite the poor lighting in the photo. 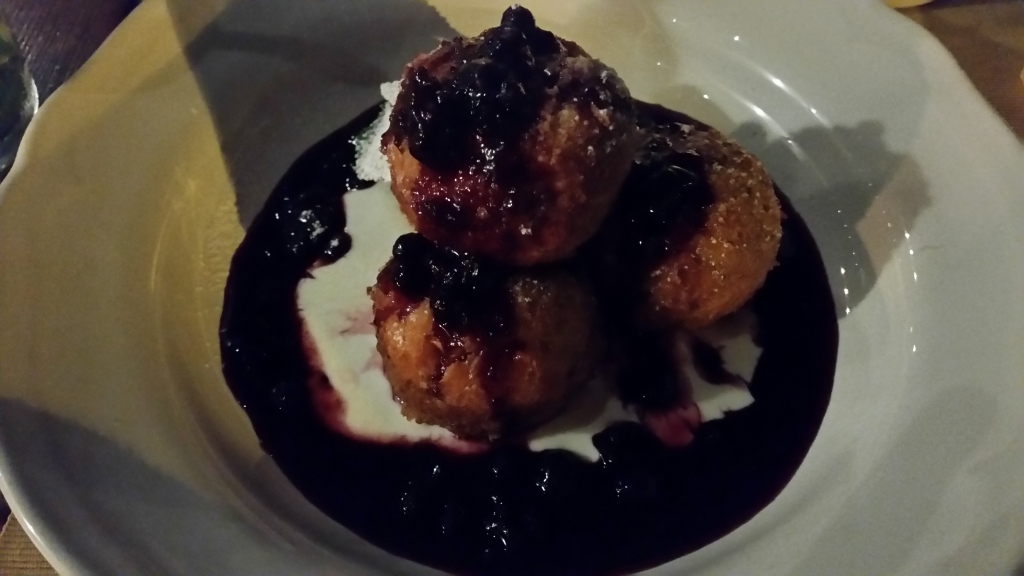 I’m pretty sure I caught you unprepared here. Now, where is this Dubova? In fact, very close to my Number 4, Drobeta, tucked away in the bends of the Danube between Romania and Serbia. It is there that a river overflow is formed, called the Danube Cauldrons. The place is very beautiful with gray-green waters, creeping under the sheer white rocks with overhanging vegetation above and below. Especially from the river, where you can be taken by the numerous boats offering trips on the Danube, including peeking into some of the water caves. However, the highlight of the program is the second tallest sculptural figure in the world, after the Four Presidents of the United States in Mount Rushmore. This is the face of the Romanian King Decebal, carved into the Danube rocks. Great cutie, I believe you will agree!

Among my favorite destinations with D on the Balkans there are others, such as Dojran, but I already wrote about it in another article, which you can find here.