To Ramallah with Raya

Home/Friends/To Ramallah with Raya
Previous Next

To Ramallah with Raya

Hello, I am Raya and I spent past New Year at the home of my friends who live in Ramallah, Palestine. A city with a modern look, in which many old houses are preserved, especially in the Old Town. According to the latest data, about 120,000 people live in it and it continues to grow rapidly. The high altitude is impressive, as the highest part is 960 m above sea level and the streets are quite steep, which explains the fact why cars with manual gears are not respected. From Ramallah there is a very convenient transport and quite often to Jerusalem, which is located at 17 km (the roundabout with the lions close to Damascus Gate). Something that really impressed me is that if you walk on the route of the bus Ramallah – Jerusalem (bus 218), it is enough just to wave and the bus driver will definitely find a way to stop. So, what to see in Ramallah.

Ramallah is not the official capital of Palestine (this is East Jerusalem), but “only” an administrative center. Ramallah and Al Bireh are two former villages, now cities, which have merged into one as a result of their expansion. Each of them is a separate administrative unit with its own mayor’s office and budget. On the back of the building of the municipality of Ramallah, there is a large niche, which is decorated for different holidays, in this case in connection with the Christmas holidays, and at other times it is used for various public events. 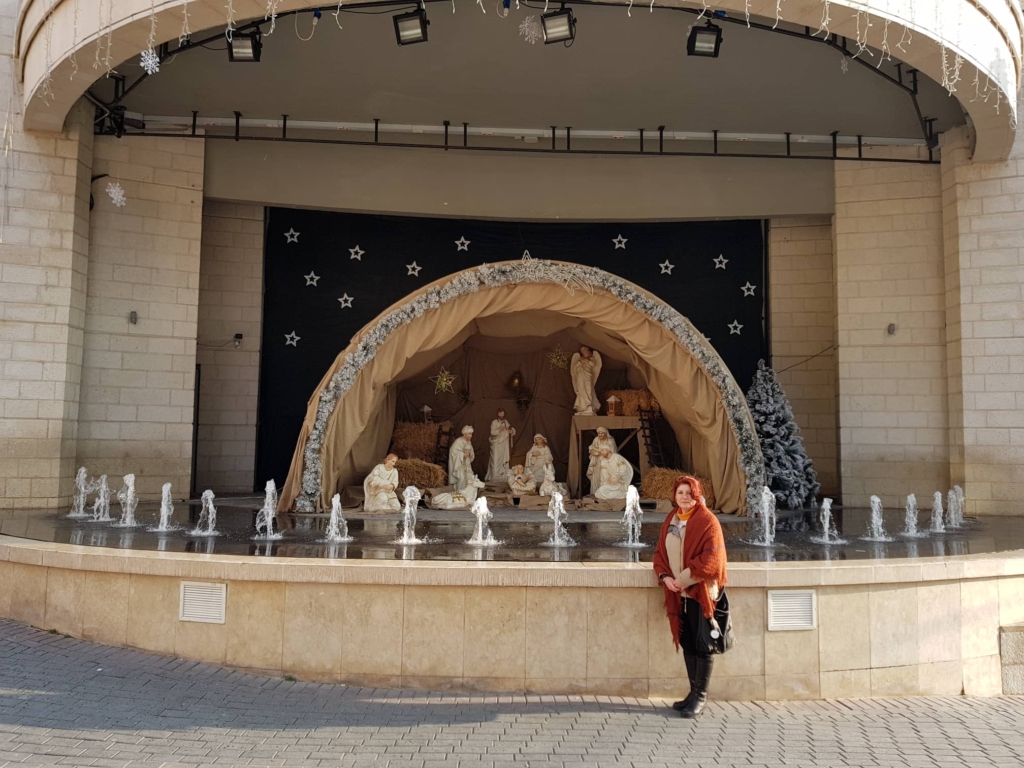 If you’re trying to figure out where Ramallah ends and where Al Bireh begins, you have no chance of seeing it – it’s just one whole. Although my friend Mariana explained to me several times and showed me where this was actually happening, I could not remember it and realized that I had passed to the other municipality only when I saw the municipal building. The other thing that impressed me was that the lack of water is no excuse to neglect public works and making your city look better.

The building was specially built for the purpose and clearly shows the respect for the personality of Yasser Arafat and the modern design of the exhibition on several levels. The yard is also planned and built with taste and moderation. 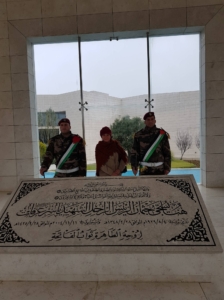 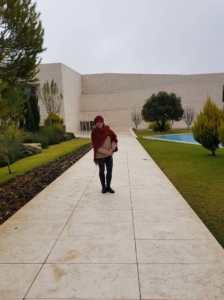 The exposition of the mausoleum is located on several levels and presents part of the history of Palestine with authentic photos and videos, as well as how the daily life of Yasser Arafat was organized. Many friendly staff greet you and you have a choice – a video guide or a talk from a living person, but even if you choose an audio guide, the staff always continues to take care of you, explain the places that require their participation, and guide you in the right sequence along the levels of the mausoleum. 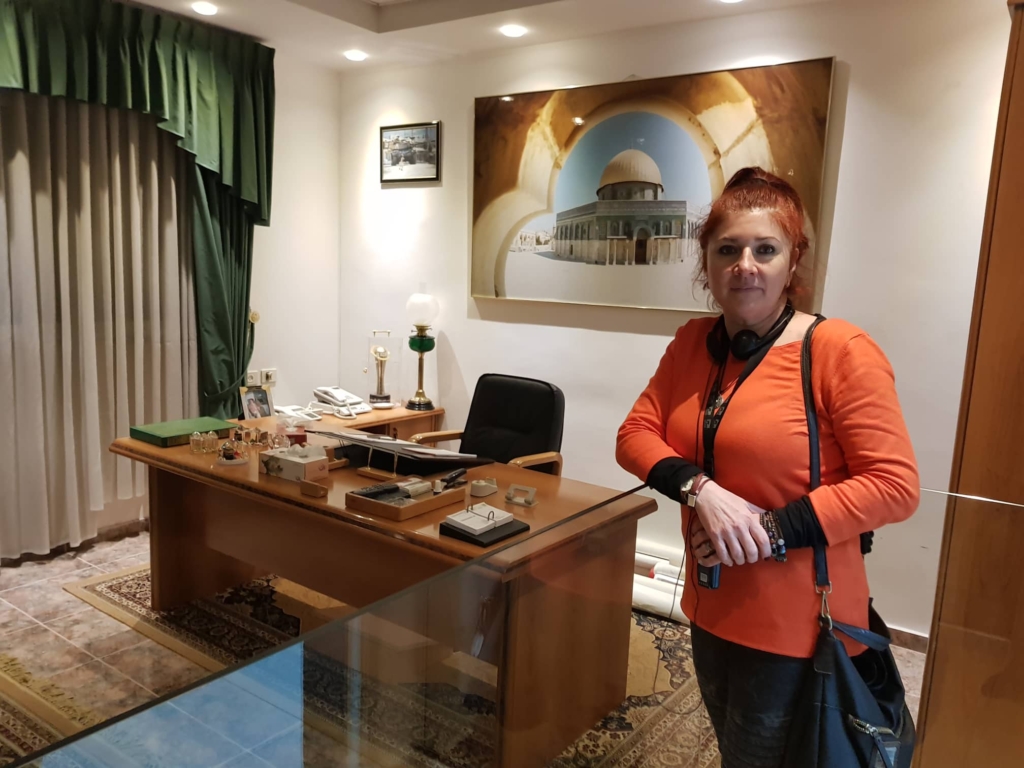 The office where Yasser Arafat used to work

I will not be showing photos of the other rooms, but I was definitely impressed by the mausoleum. The next stop is the museum of Mahmoud Derwish, a Palestinian poet, writer and journalist who has received numerous awards for his work, translated and published in many languages. He is considered a national poet of Palestine. And again, we are witnessing that when you want to give the necessary respect, you can do it right. 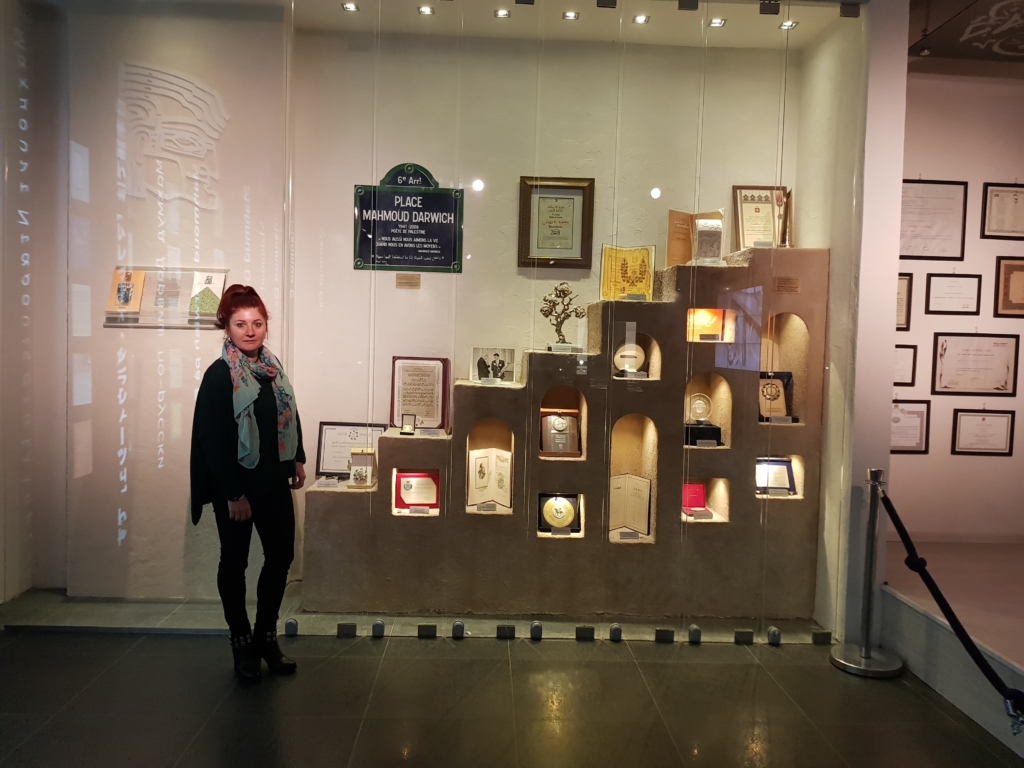 I apologize that my personality appears in each photo, but when I enjoyed the stay and the time spent with my friends, I had no idea that I would have to use them for such a purpose like this blog. In front of the museum there is, as expected, a yard, which in the cold months like January can be used for walking and taking pictures everywhere, something that my friends and I did. Another purpose of this space is a place for various cultural events during the warm season. 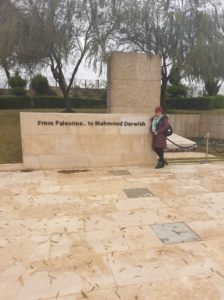 The final thing I would suggest when choosing what to see in Ramallah is Dar Zahran – an old traditional stone house, a typical example of homes in the region. For curator Zahran Jaghab, this is an old family house with more than 200 years of history, which he has restored with his own funds and turned into an attractive place that anyone interested in Palestinian culture and traditions should visit. 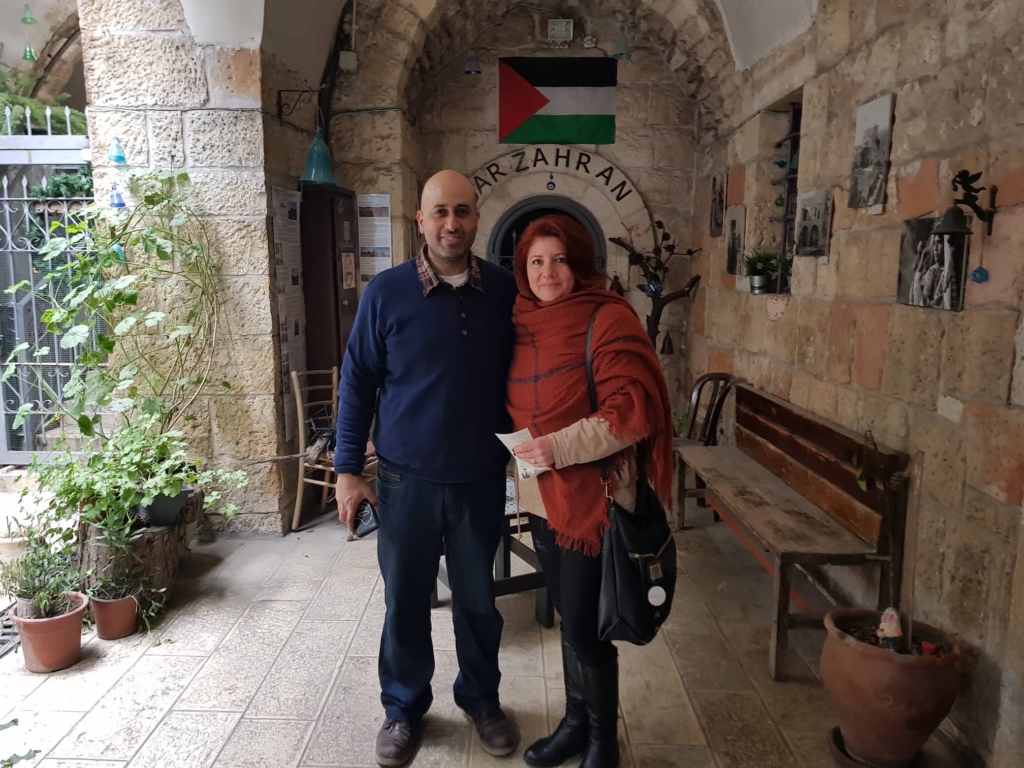 Dar Zahran includes an art and photo gallery of Ramallah from 1850 to 1979. Black and white photos of girls in traditional clothes; urban life and landscapes; landmarks from days gone by. A special place is given to authentic dishes and tools found in the house. Exhibitions for contemporary Palestinian artists and photographers are organized on the ground floor, as seen in the top photo. To my delight, there is also a place for a souvenir shop, presenting a wide selection of authentic Palestinian food, embroidery, ceramics, books and jewelry.

Raya Ivanova – Chief Curator of the Nature Department of the Regional History Museum in Blagoevgrad, professional botanist and conservationist, amateur archaeologist, lover of folk dances and zumba, author and performer of many thematic routes, exhibitions and interactive activities for visitors to the Southwest Bulgaria. A person whom you can honorably place among your Friends.