Naturally, I was traveling. In a good company and in wonderful mood. We decided to spend the non-working days around May 6th visiting some already known and some new places around Bulgaria. To remember and to get acquanted. Our target were Hissar and Starosel in the heart of the country. On the way, we stopped by Assenova Fortress I already wrote about. Of course, we crowded together with other admirers of Bulgarian landmarks, with whom we parked on each other’s heads. There’s the eternal paradox of Tourism – the fight is always to get more tourists but then comes Oh, I cannot see the entrance to the fortress behind all these people! 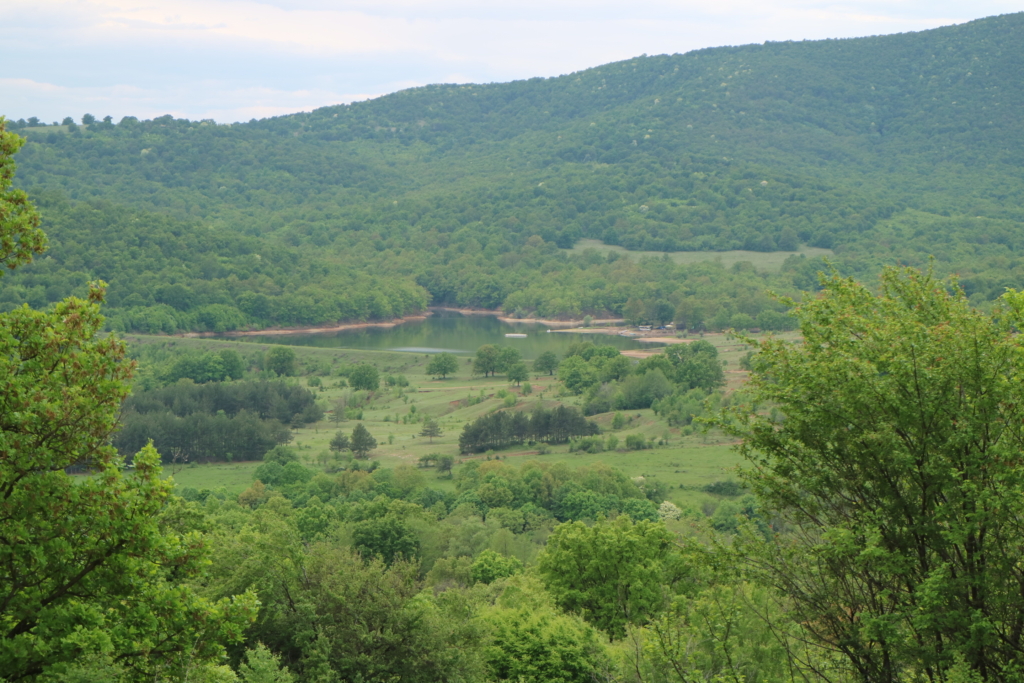 This is the view from the so-called Chetinyova Mound near the village of Starosel, for which some claim it was the biggest of its kind uncovered so far – that is, the largest royal cult complex with a mausoleum from the time of the Thracians. The site is also called Heroon which comes from ancient Hellenic and means the place of a cult to a hero. Obviously, heroism was much valued in the Thracian society. The tomb has been dated to 4th century BC and, as far as I know, it is considered to be very important to historians. As an ordinary visitor, I can say that the site IS impressive but evidently not considered so important by tourist activists. It is ‘packed’ randomly in something like sheet iron, plywood and nylon, and the information is hand-written on some cardboard. I wish now that someone would write me a comment saying “No, I was there recently, thungs have changed!” I haven’t photographed the entrance, my heart hurt, this is a glimpse of the interior:

Not far from Chetinyova Mound is the Horizont Mound, also the tomb of a once famous king-hero from the 5th-4th century BC, and the only one featuring a colonnade in the Thracian lands – or at least according to research so far. Researchers claim that this whole region used to be a very important religious complex in ancient times. Which, unfortunately, did not stop non-religious vandals from rummaging the tomb, even back in those same ancient times. This site, unlike the previous one, was at least ‘packed’ in something like a wooden chalet, so looked a bit better. 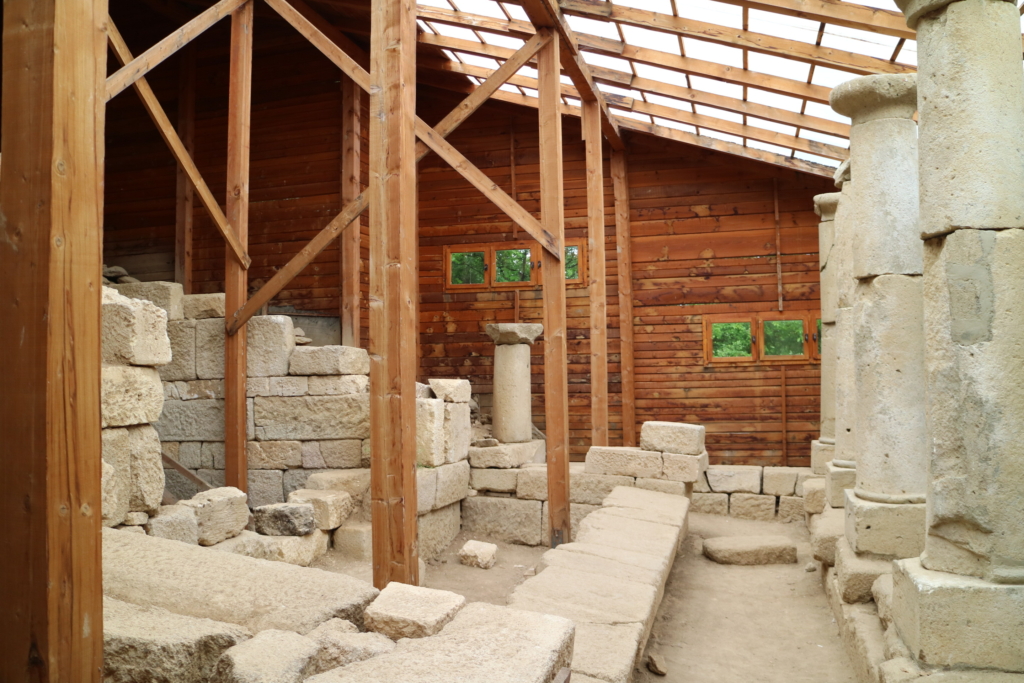 Our associations of the region of Hissar and Starosel are usually connected to history. There is, however, also some wonderful nature available for walks. So, on the second day of our voyage, we went for such a walk, starting up above the cult mounds. If I have to be honest, our final goal was still historic as we were trying to find the so-called Kozi Gramadi – the location of a Thracian royal residence surrounded by defense walls, about a century older than the sites below. I myself did not reach the place; I got exhausted and finished the day in the mineral pools. That is why I don’t have Thracian photos here, I offer some nature instead. 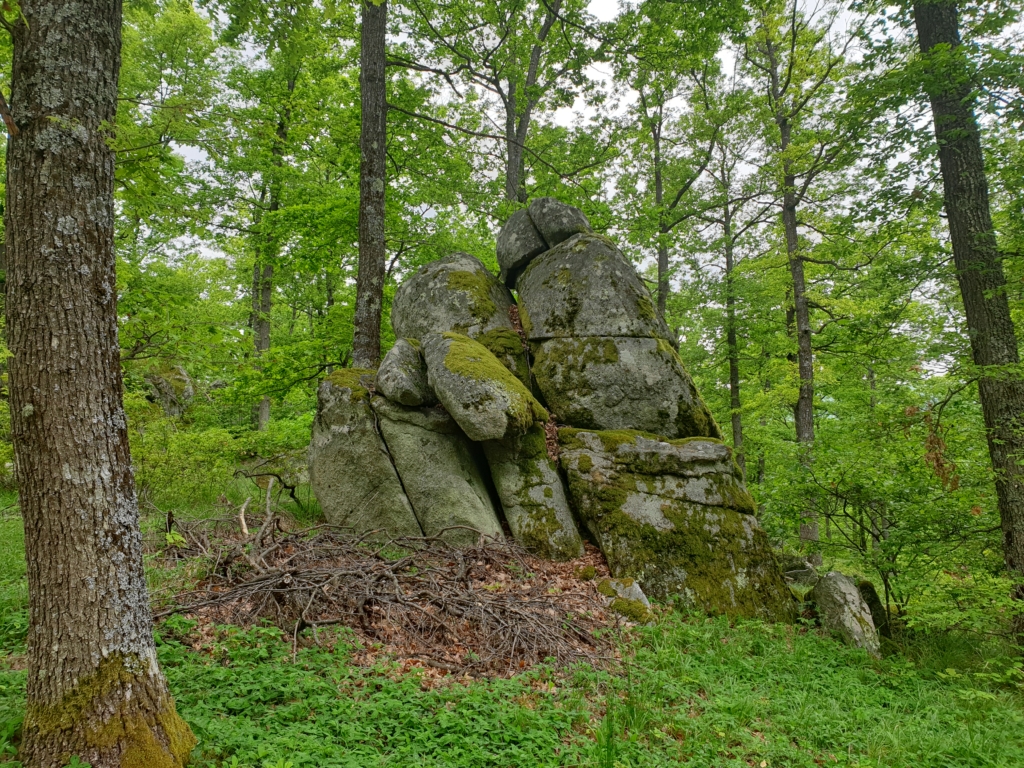 The last day of our ‘Hissar and Starosel’ agenda was dedicated to Hissar itself. We walked around the whole defence wall of the ancient Roman town Diokletianopolis, named after Emperor Diokletian. The warm and curative mineral waters have been considered a huge asset since millennia, so it is not surprising that life settled here as early as the 5th-4th millennium BC. Roman walls are surprisingly well preserved, reaching a height of 11 m at spots. Spaces around and inside are green, clean and well-arranged as visible from the photo at the beginning of the post; it was a pleasure to just walk around. Probably this is what creates that purely resort notion that I have always felt here and almost never at the Black Sea coast – well, with the exception of the town of Balchik and its Palace when I was little. 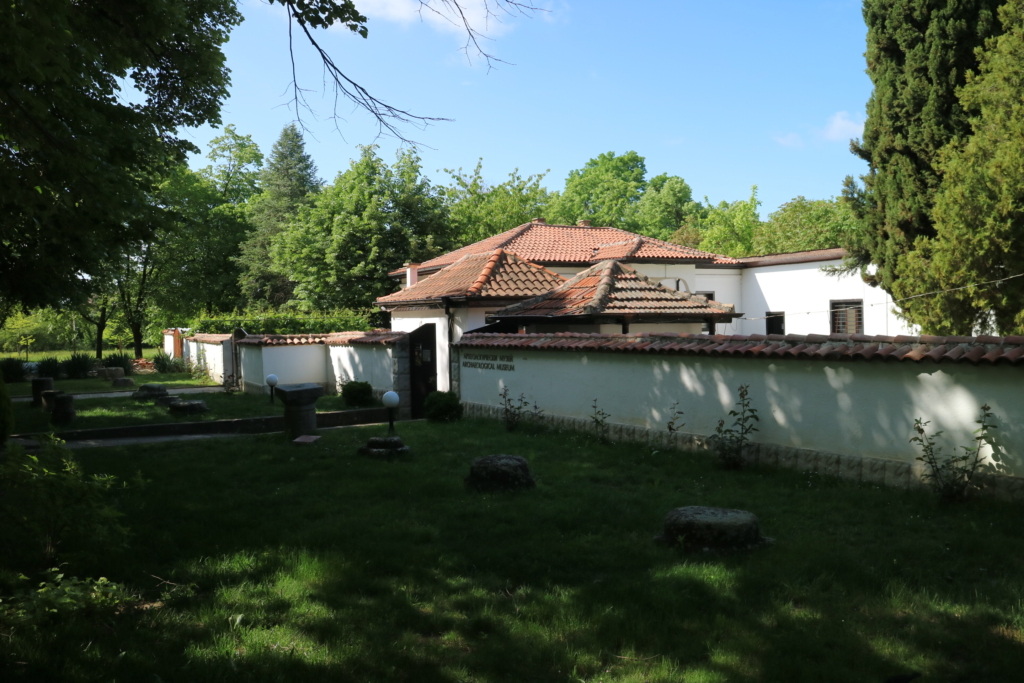 This is the Historical Museum of Hissar, small but with very polite staff which includes several friendly cats. And a small museum shop which I totally recommend. Among the museum sites are the Roman Termae which are said to be among the few preserved on the Balkans where medical treatment was performed with the help of mineral water. For me, this was the first visit to the Termae – I either inexplicably missed them the previous times or they had been opened for visits recently, I couldn’t find info about that. Excellent site, too bad they don’t offer any interpretation there. 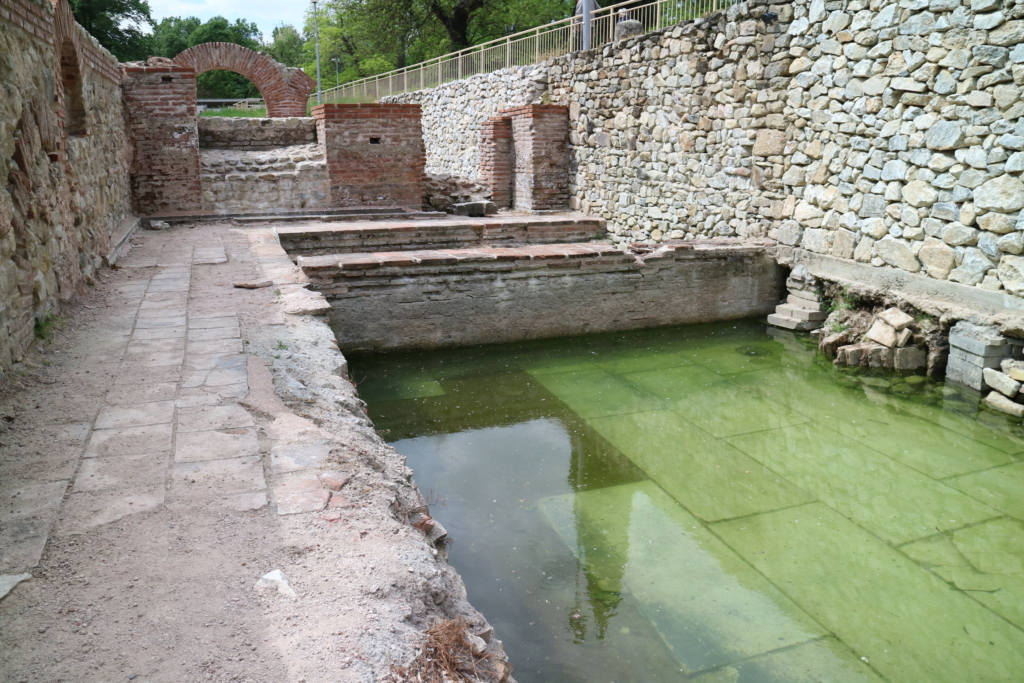 The last site we visited was the Roman Tomb. It is located a little outside the main historical complex which has been designated as an archaeological reserve. We were informed that this was the only Roman tomb with floor mosaics in our lands, dating from the 4th century AD. To me, it was more interesting to see again the exceptional flexibility of the Roman Empire which, according to many researchers, is the secret of Roman success. It is the same process leading to the emergence of Roman mummies in Egypt, made by all Egyptian rules but painted in a very Roman style. So, here we have a typical Thracian tomb but with a Roman mosaic inside. Hard to photograph the interior of the tomb with an old mobile phone; I only managed to catch the entrance. 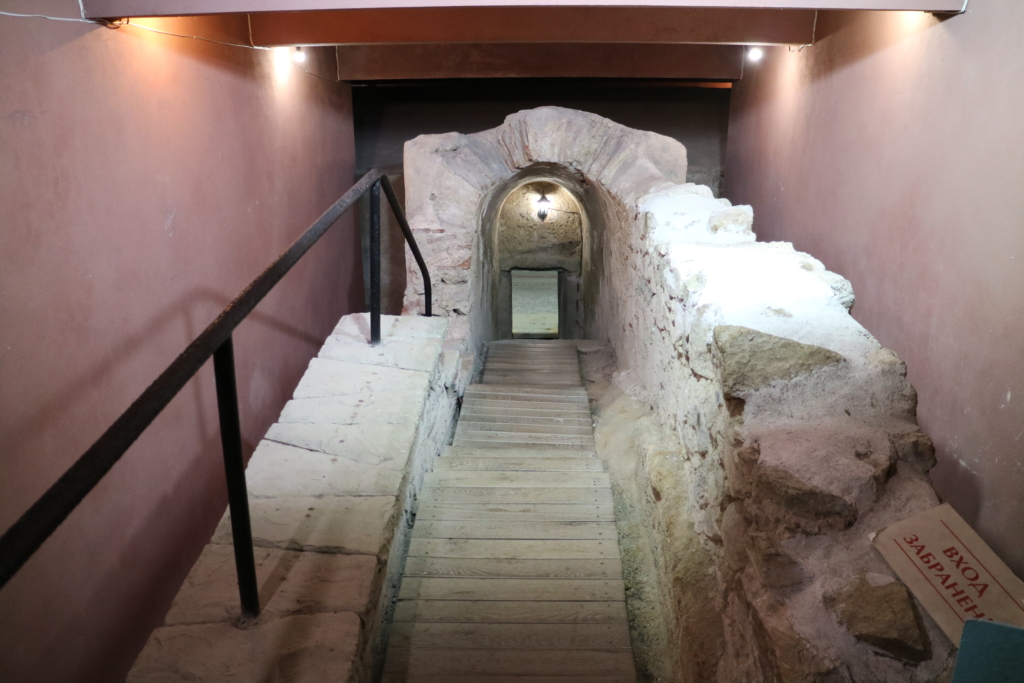 As it was, after all, the Day of St. George when we visited Hissar and Starosel, and it is the same wonderful holiday today, I’d like to pay some attention to something other than the regular news on the pandemic development. St. George is among the most beloved Bulgarian saints and probably that is why so many people are celebrating their Name Day today. The many people named Ivan around me would probably argue that they don’t understand why the Day of St. George is a bank holiday while the Day of St. Ivan is not. I don’t understand that either but I do love Gergyovden as I somehow connect it to the burst of spring. And, of course, to some really good meals that the people of Hissar managed to provide for us too. 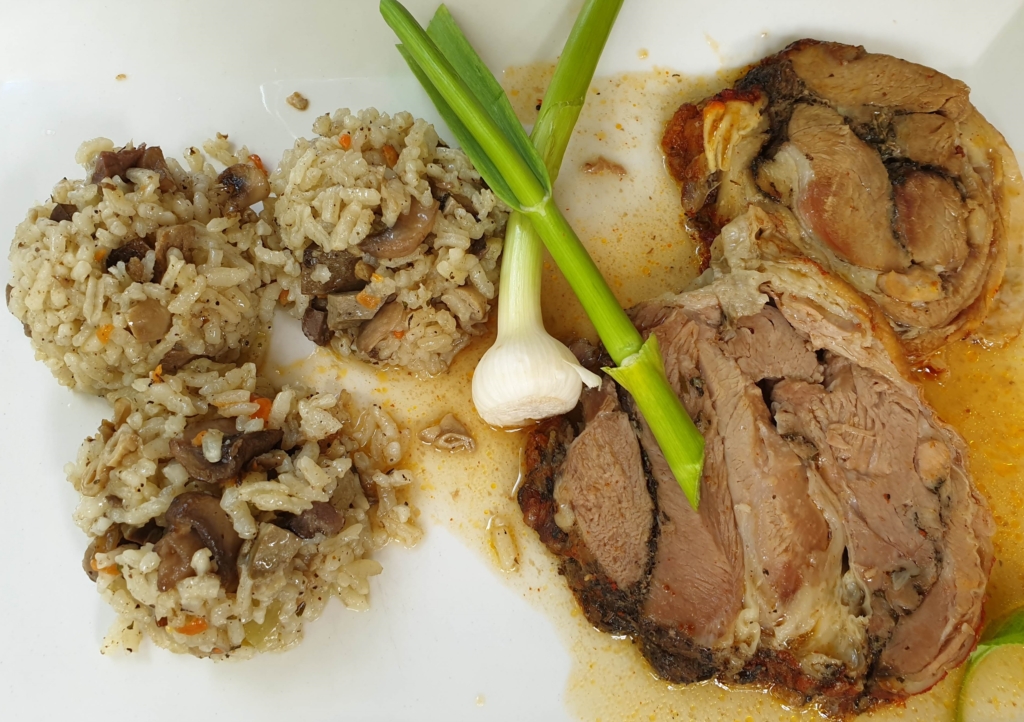