The town with the challenging name

Home/The town with the challenging name
Previous Next

The town with the challenging name

This is about the second largest town on Crete Island, and the second with an airport, where actually all flights from Bulgaria land. The photo above does not show much of the town but it goes well with the word ‘challenging’ and my strive to dive into the new role of a public story-teller and put a middle-aged auntie in one line with the young blogger babes. So, about the town – when you book a flight, they offer you the airport of Chania. This I read as ‘K-a-n-y-a’ for the simple reason that ‘C-h-a-n-y-a’ sounds a bit far-east to me. Well, not at all. The town’s name is ‘H-a-n-y-a’ with the stress falling on the last YA. It is a very picturesque town where, just like in the other ‘big’ one, Heraklion, layers of history and modern times live side by side – over the Minoan remains from the Bronze Age, one sees Venetian medieval walls, and on top – more or less newer houses in which even there are people living. 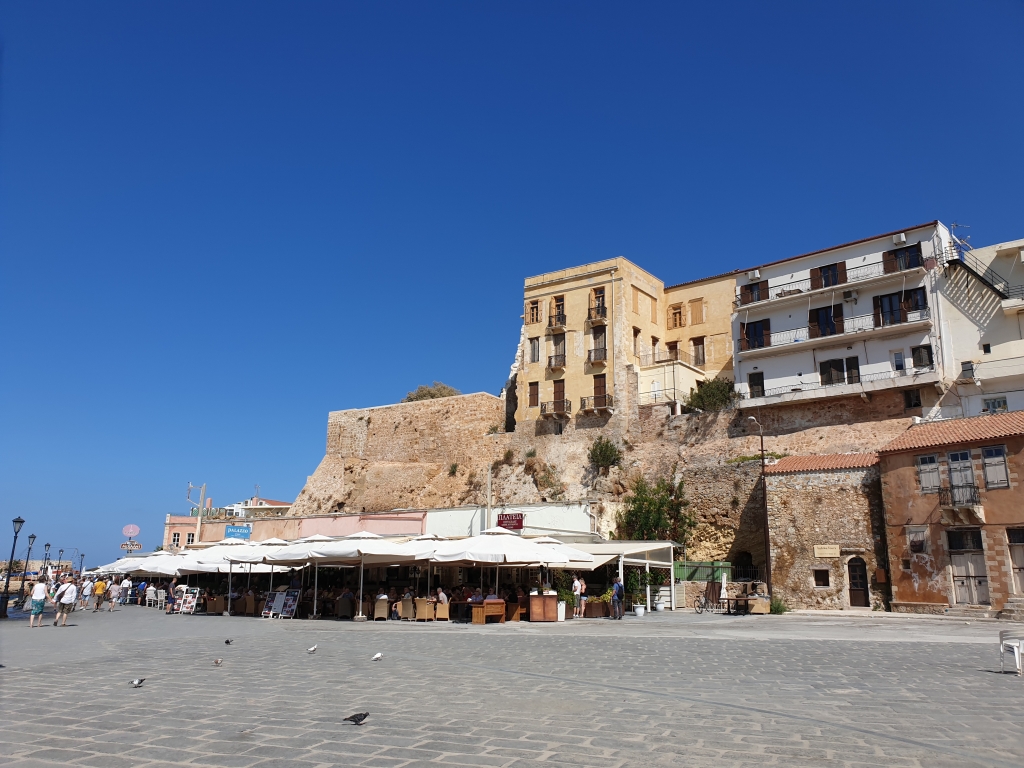 In others, there is noone living and they look strangely ghostly, especially in the dark – although the town is quite well lit up. As a whole, it looks very different in the day and in the night, but that is probably true for every place. The difference is that you only hear the sea at night and don’t see it. But the remains of the Venetain walls and whatever was on top of them seemed to me more impressive in the dark: 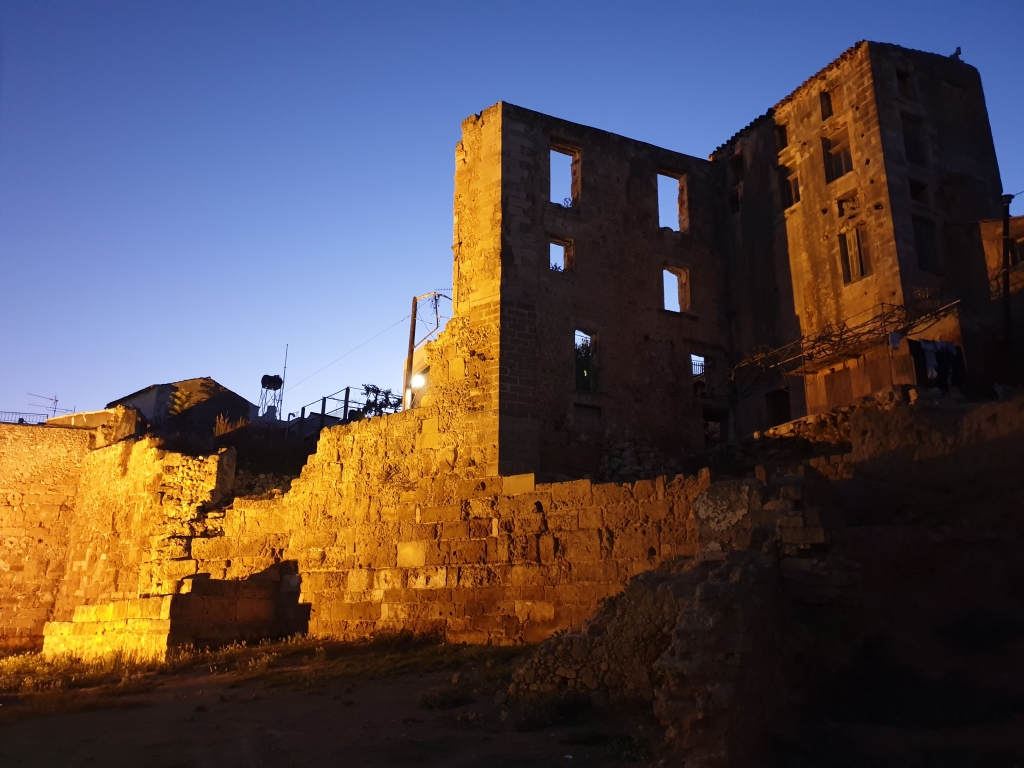 In the evening too, all the crowds which lay decisively around the beaches of the island during the day, now pour into the streets of Chania for the obligatory evening stroll, accompanied by some eating and drinking. And although there is plenty of space for that; I mean, the old harbour itself is long and requires a lot of walking, plus the old town presents the traditional labirynth, there are still people everywhere. The menu is complete: taverns, small restaurants, street musicians, sellers of all sorts of squeaking and shining things, and the largest slushy stand I have ever seen. 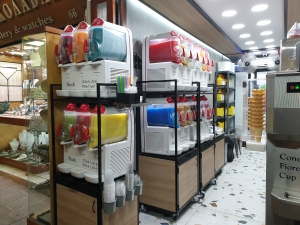 I cannot miss to say a bit more about the meals here, where the traditional Greek cuisine comes together with traditional Italian; having in mind the long Venetian rule on the island, the latter is already quite local. Sitting in any of the numerous places inside the long harbour of Chania is a good choice since the view is beautiful and the prices are equally high. We ourselves chose a tiny little restaurant in which our table was laid almost directly on the sidewalk; and maybe we should have asked for an advertisement agent’s percentage as a lot of people were stopping to peek in our plates and the menu – it seems we were very skillful eaters. So we tried the Italian food in Greece, and it wasn’t bad at all! 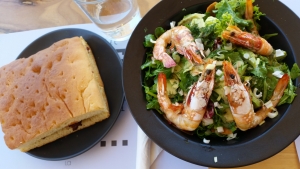 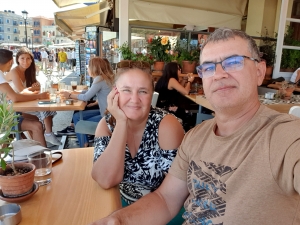