The Bulgarian National Museum of History

The Bulgarian National Museum of History

Now, here I shall talk about several most impressive things here. Actually, the most impressive thing is that me, the professional tourist, finally made it for the first time (no, I’m not joking and yes, I’m a little ashamed) to the Bulgarian National Museum of History. After the visits to numerous foreign National Historical Museums of numerous foreign countries. Inside, it was full of impressive things, for some of which I knew before and for some I had no idea. And, after some wondering which object I should place on the front of my post; discovering there were so many most impressive things, I decided to pick the first item that had impressed me. This small ceramic vessel above is made and decorated, pay attention – entirely by human hand some 8000-4000 years ago, by the (according to the curator) proto-Thracians which I am not sure what we know about. To me, the pot seems extremely beautiful. 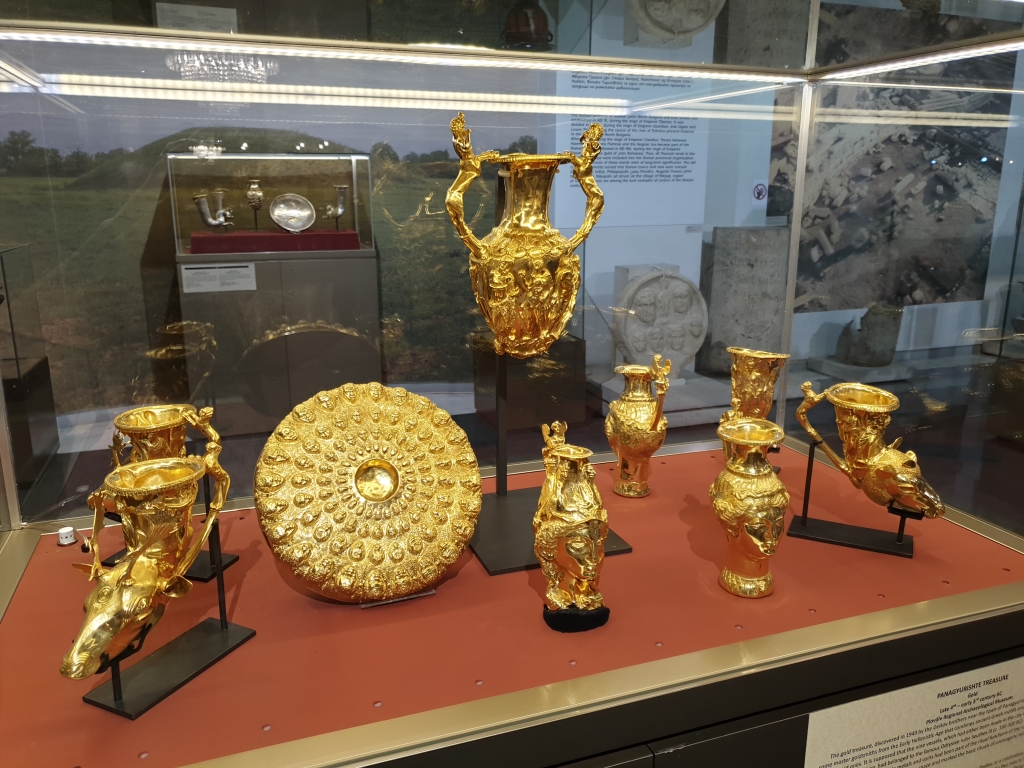 And when we talk about Thracians, we cannot miss to mention that treasure above, known as the Panagyurishte Treasure. Not because it is made of gold but because even it was made of something else, it would still be extremely beautiful and very impressive. Unlike my clay pot from above, it is ‘only’ some 2000 years old. The National Museum pf History presents many interesting artifacts from the time of the Thracians and how this unique culture began blending slowly with the Hellenistic and then the Roman one. We’ve seen Roman heritage from the Great British Island to Jordan and beyond, but for me personally, that wonderful ugliness below was a discovery: 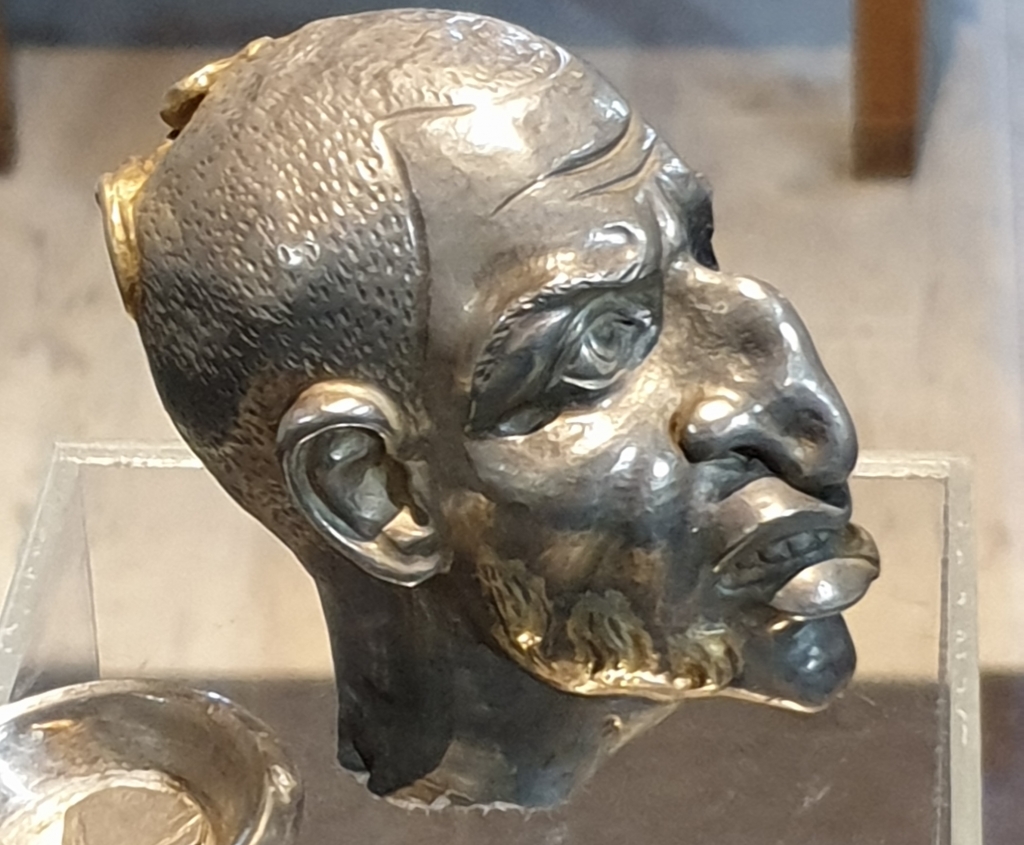 That happened to be a salt shaker which has two more brothers in the museum collection and, according to specialists, makes the Bulgarian National Museum of History the second one in the world (after the British Museum) that possesses more than one of the kind. What I liked especially was that they used to be parts of spice sets known in the Roman world as ‘pеpperatoriums’. What a name! Now, what does impress us with the coming of the Slavs to the Balkan Peninsula? Me personally – the loss of finesse. After the whole jewelry craftsmanship we had for centuries, we suddenly went back to the proto-Thracian level or lower. Things started to change gradually with the establishment of the Bulgarian State. If I am to choose just one most impressive thing from the exhibition about the First Bulgarian Kingdom, that would be the extreme stubbornness, with which our Khan Omurtag produced inscribed stone columns. Somehow, I had a vague memory from my school years of only ONE inscription of Omurtag with the notorious phrase “Man can live well but he dies and another one is born”. I have to tell you that only in the National Historical Museum, there are at least six more inscribed columns, some of which show… inventory lists of weaponry! 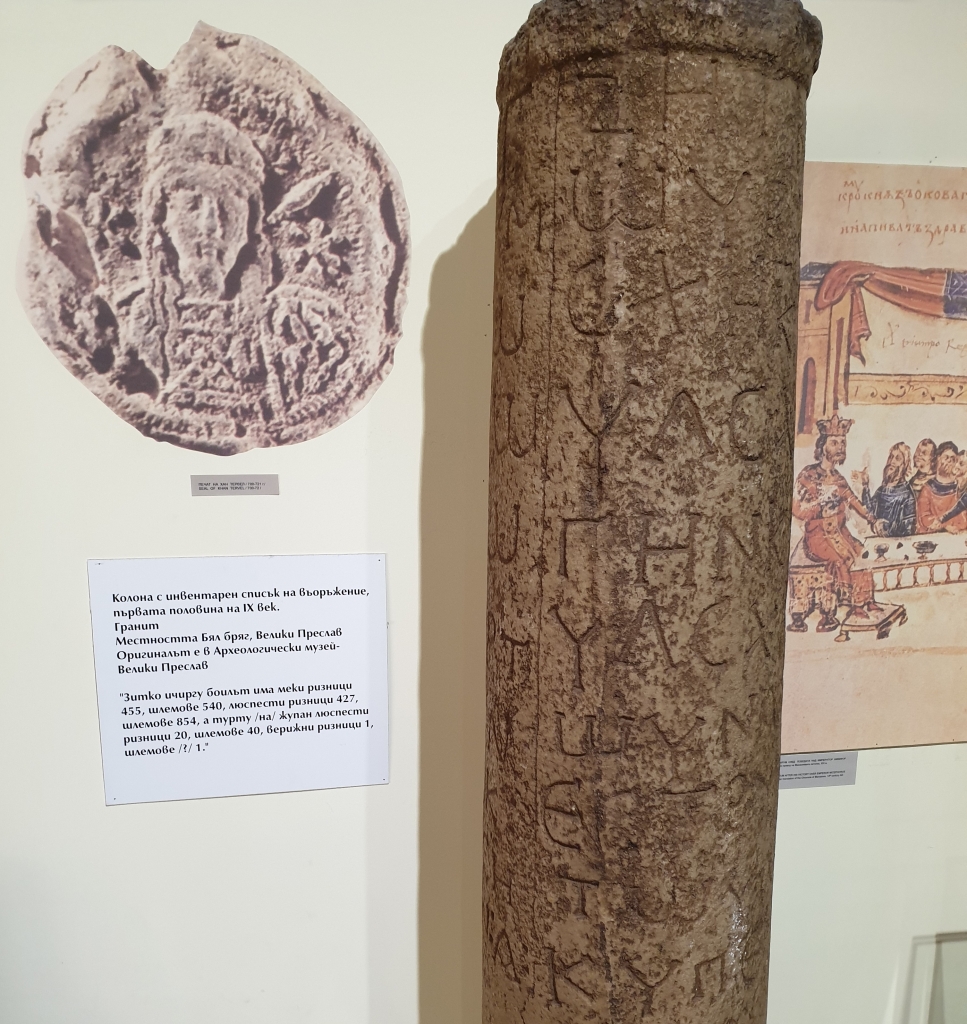 Jewelry mastery started re-appearing to me somewhere after the 16th century, and I was most impressed by the expectations shown towards the female ear, head, wrist, etc. in terms of endurability. Not that male decoration for showy peacocks is less heavy but the woman was supposed to be the tender and soft creature. For one thing, I cannot see myself wearing those ear-rings without having my ears hang to the ground: 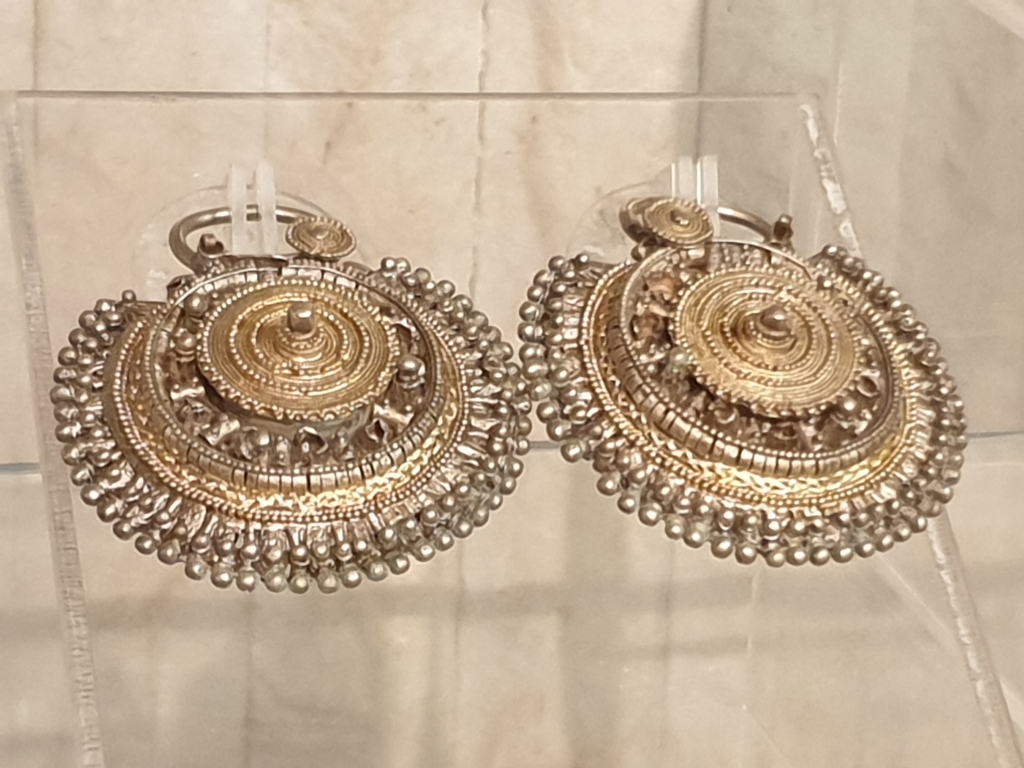 And now, I think it is time for me to share the last most impressive thing in the Bulgarian National Museum of History. Which is that, to my greatest regret, we never learned to treat museums as tourist attractions. For years now I have been unable to explain to museum workers that the museum in its essense is supposed to be a tourist site, otherwise we would not be exhibiting our precious artifacts but would lock them in scientific labs to tinker with them. Well, tell me then, how is it possible to have an exhibition entitled “The Old Gold – Magic and Symbolism” and the best we can accomplish with that to be the arrangement of gold and silver bracelets in rows within a glass chest, and put a single label on the side saying: “Bracelets. 17th-18th century” ????? Now, here are some bracelets for general delight, and the rest we’ll talk about later.

As a comparison, I offer a visit to an Arab National Museum, located in the United Arab Emirates.